Bump stock ban goes into effect, but will it make a difference?

A gun store owner says the ban is a compromise he is willing to make--and he's not sure people will destroy their bump stocks. 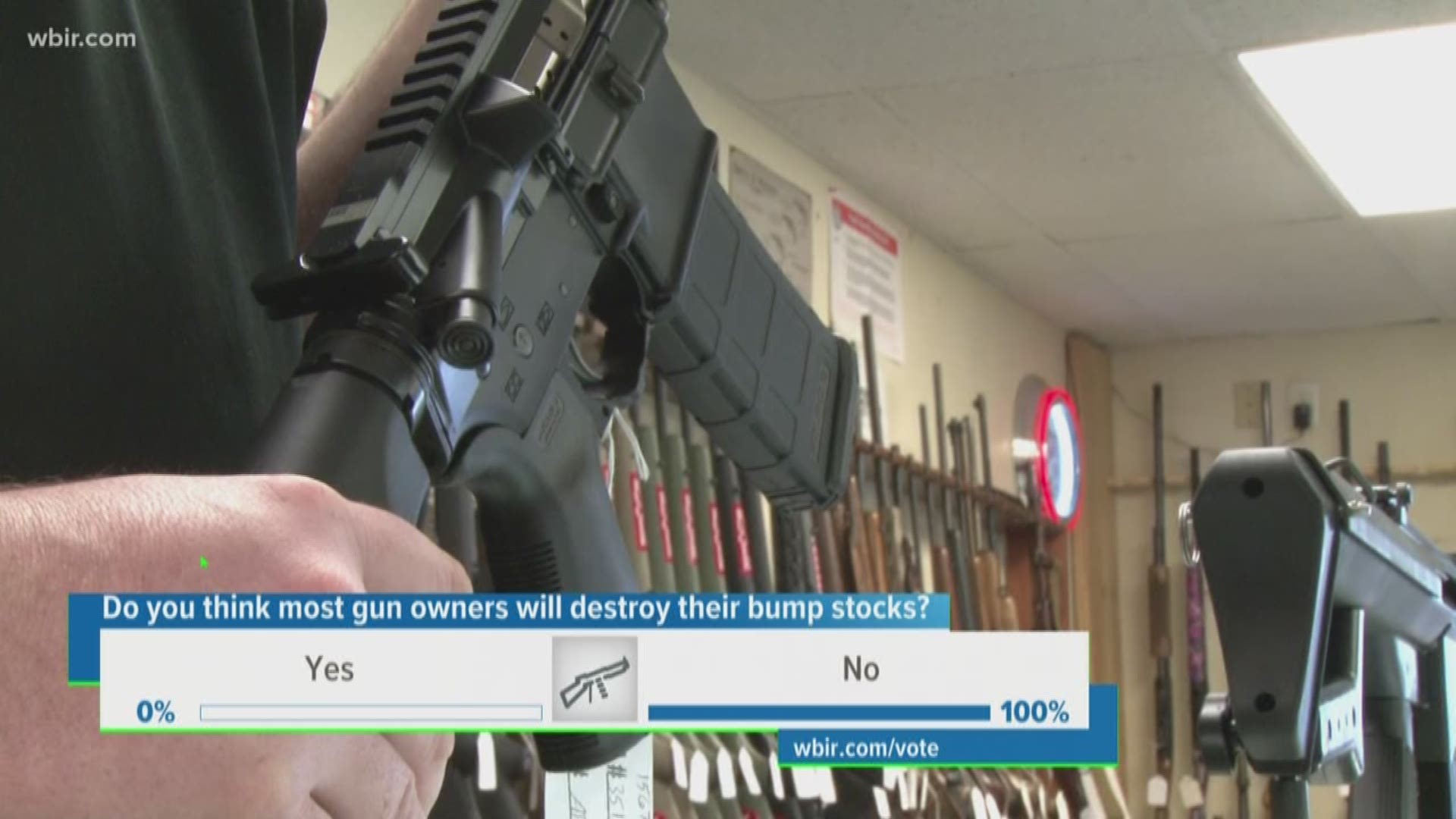 KNOXVILLE, Tenn. — It's an add-on to the end of a semi-automatic rifle called a bump stock -- and soon it will be illegal to own in the United States.

Rather than pulling the trigger over and over again, the bump stock uses the gun's own power to shoot the next shot.

"It's more consistent faster-paced firing versus pulling the trigger one shot at a time," Steven Bowman, who owns Crossroads Firearms in Fountain City, said.

As of March 26, the Bureau of Alcohol, Tobacco and Firearms says it will start treating bump stocks as falling under the definition of machine guns.

Lisa Plawchan, who works with the anti-gun violence organization Moms Demand Action, is happy the device will soon be illegal to sell or own.

"Bump stocks are incredibly dangerous devices that were designed to skirt the federal law that regulates machine guns," she said. "I think that there is a lot of common ground on this issue of gun violence prevention."

Bowman of Crossroads Firearms said it's a compromise he's willing to make.

"I'd rather them take the bump stocks than take the whole rifles," he said.

He said they didn't work too well in the first place and he didn't sell very many of them.

"I think in the scheme of things it doesn't really matter. It's something to make the liberals happy and that's what it is," Bowman said.

When the ban goes into effect, owners are supposed to destroy their bump stocks or turn them into the ATF.

But Bowman doubts they will.

"You know it's illegal to keep them but I'm sure there's going to be people who do it," he said.

Plawchan said it's about being a responsible gun owner and keeping our community safe.

"I mean Las Vegas is the perfect example. 58 innocent concertgoers were killed in minutes and that was because of a bump stock," she said.

She said Moms Demand Action believes lawmakers have more work to do and she supports a "red flag law" proposed in the legislature this year.

"Red flag laws would empower law enforcement and families to petition a court to temporarily restrict gun access if a person says they may cause harm to themselves or someone else," she said. "It has strong bipartisan support and has been proven to save lives."