With the city council primary today, we spoke with the candidates in District 6 about their plans to curb deadly shootings in the community. 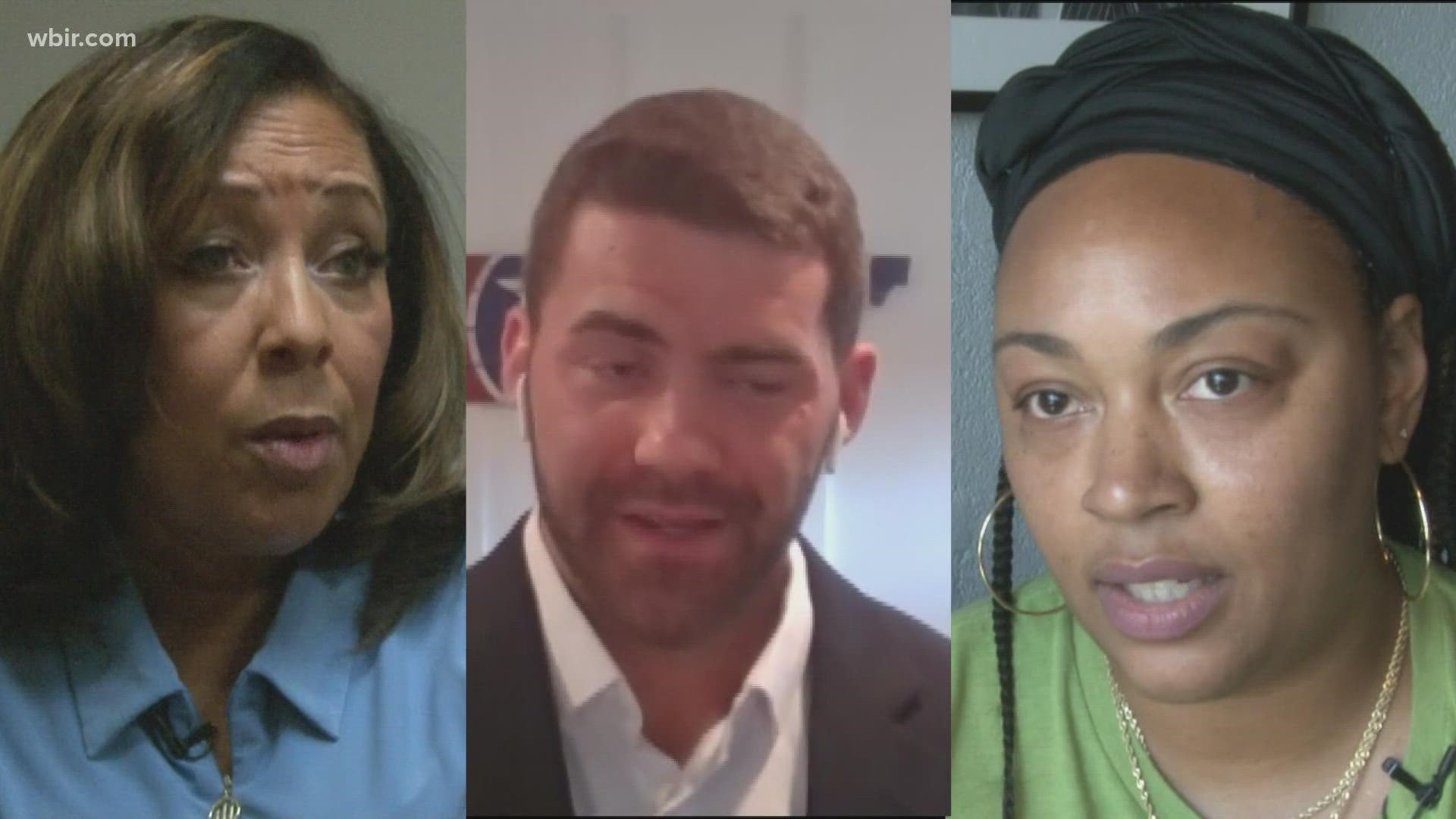 KNOXVILLE, Tenn. — A total of 31 people died in shootings in Knoxville in the past 34 weeks -- more than two-thirds of those all happening in one city council district that is up for election this November.

District 6 is currently represented by Vice Mayor Gwen McKenzie, who has acknowledged there's a problem with gun violence in the community that needs to be solved.

“The reason why it's happening again, multilayered as you know, poverty has has played an issue. It very much concerns me this last year that we have broken records in all the wrong things,” said McKenzie.

It's something her counterparts also acknowledged as the number one issue facing the city.

“It is not just the District 6 concern, it is a city of Knoxville concern,” said District 6 candidate Deidra Harper.

Garrett Holt is also a candidate for that same seat, and  wants to address the issue by tackling what he believes is the problem.

McKenzie has shared similar concerns about some of the issues spring-boarding the recent violence.

“Absolutely, we are seeing an uptick in gang activity in the city as well,” she said.

However, she said this problem is new over the last year or so, and it's going to take more than one official to solve it.

Harper said she also believes the conversation starts with empowering the youth in Knoxville.

“We need youth enrichment. We need available jobs, you know, trades or programs, mental health programs that will allow our kids to have something right,” she said.

Harper also highlighted what she called a history of communities shaped like the district she's running in getting the short end of the stick.

“There's a historic system, or pattern that goes on within communities that look like District 6. There's poverty, there's lack of investment, lack of resources,” she said.

For Holt, he said to really change the problem, it will have to start by giving more help and support to law enforcement.

“We need to more effectively support our police officers and really get our core basics. The number one expenditure, the number one employee base of our city up to snuff. I talked to so many of these officers, and they don't feel support from the city of Knoxville from the current administration," Holt said.

McKenzie said she feels she's the best for the job, saying she knows the community and is there whenever it calls.

Holt said he wants to bring the 'noise' that will make people respond.

“I can't solve these issues by myself. But what I can do is promise that I will bring the right people at the table and I will make noise and make this the number one priority,” Holt said.

Harper says she feels she's the one that will bring what is needed to more than turn the problem around.

”We want equitable resources. We want investment. We want youth enrichment. We want business investment, and we want to have a community that feels safe,” said Harper.

Early voting for the city council races ends Thursday, August 26, and the primary election will follow on Tuesday, August 31.

The top two candidates with the most votes will advance to the general election on November 2.

Council candidates are being featured on WBIR's "Inside Tennessee" public affairs program, which airs Sunday mornings. You can learn more here.

You can get more information about the upcoming election here. You can also call the Knox County Election Commission at 865-215-2480.