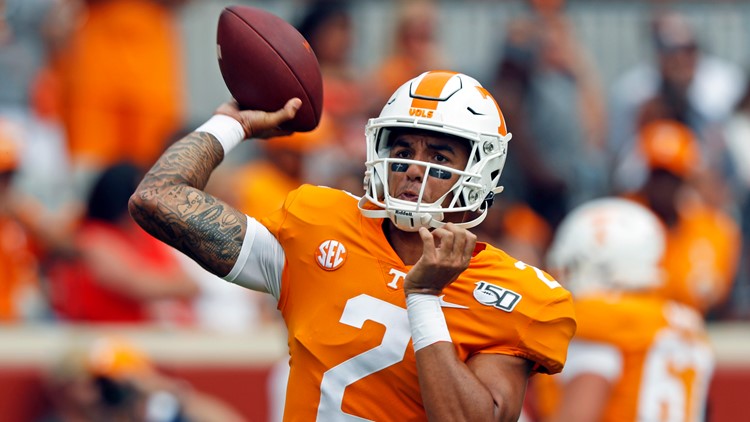 KNOXVILLE, Tenn. — In a popular photo from the 2016 Olympics, Michael Phelps did not look happy. The swimmer was hunched down with his hood pulled up, frowning and glaring furiously into the distance.

A UT news release said Phelps' glare was an example of the "game face" phenomenon: a "look of intense determination." UT researchers recently published a study about the expression.

The researchers said game face might improve performance in cognitive tasks and lead to better recovery from stress.

Masters' student Matthew Richesin is the study's lead author. He said his work started when he saw Tennessee football shirts on campus that read "Get Your Game Face On."

Richesin said many people already believe in the power of a good game face. But he and the other researchers wanted to see if scientific evidence backed the phenomenon.

"There’s anecdotal evidence of game face having an impact based on its common use among athletes," Richesin said in the release. "But we wanted to see if it would help on physical and mental challenges from a scientific perspective."

The researchers conducted two experiments with more than 60 participants.

The other half didn't get any special instructions -- but researchers said many of them made the game face independently.

RELATED: The UT/UK rivalry beer barrel still exists, and Tennessee's still got it