A middle school boy could be getting a visit from some Tennessee athletes after a video his mom posted to Facebook of him describing how he's bullied at school went viral. 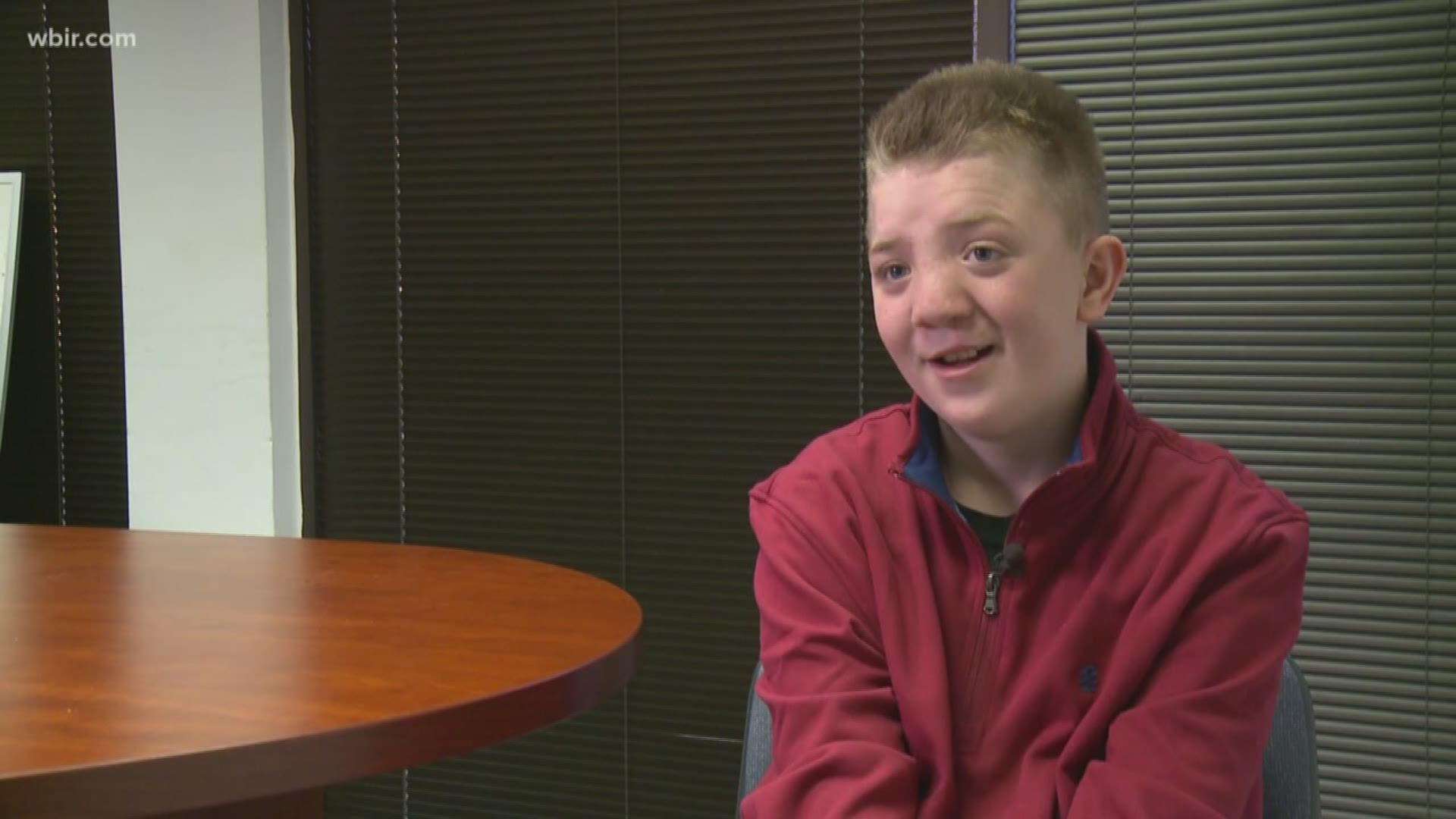 Multiple Tennessee football players, musicians, celebrities and much of the community have responded to one East Tennessee boy's video. His mom posted the video to Facebook as he described how he's bullied at school. The video has since grown hugely popular throughout social media by using #standwithkeaton.

In the post, his mom wrote that her son, Keaton, asked her to record and post the video. On Monday morning, the privacy settings on the post had been changed so the video could no longer be viewed.

"For the record, Keaton asked to do this AFTER he had he me pick him up AGAIN because he was afraid to go to lunch. My kids are by no stretch perfect, & at home, he's as all boy as they come, but by all accounts he's good at school. Talk to your kids. I've even had friends of mine tell me they're kids were only nice to him to get him to mess with people. We all know how it feels to want to belong, but only a select few know how it really feels not to belong anywhere."

WBIR is aware of questions about the motives by Keaton's mom on social media. We have requested an interview with her. People online are voicing concerns about some of her previous posts but, in general, the focus of this story remains on doing something positive for a boy who says he was bullied at school and pushing to make sure it doesn't happen to anyone else.

Tyler Byrd, a sophomore wide receiver at UT, tweeted Saturday afternoon that he and some of his teammates at Tennessee are "going to the middle school next Tuesday show young Man some love we will also TWITTER LIVE some of it so everyone can show there love and support".

Quarterback Jarrett Guarantano tweeted that Keaton has some friends on the football team that would love to spend some time with him. It came as response to a tweet from former Vol basketball player, Skyler McBee, where he said "I would love to see some UT players come go to lunch with him I bet he wouldn’t be bullied then @D1fuzzymuffin17 @smithtrey98 @BroadwayJay2 @CoachJPruitt @JKShuttlesworth @ToddKellyJr."

Please let his mother know that we are trying to reach out. Keaton has some friends on the football team that would love to spend some time with him. https://t.co/tj1ZqDM4KD

So I got the chance to spend the day with my new best bud Keaton. It was unbelievable to get to know him and realize that we have a lot in common. This dude is very special and has changed my life forever. Now I have the little brother I always wanted! God bless you my man pic.twitter.com/vMHVtnf2rC

Parents, let’s have a conversation tonight with OUR children before bed. Convo on the way to/from school. A convo about:
-Being leaders not followers.
-Standing up to bullying.
-Not ignoring bullying.

Parents, it starts with US

Mr. Lewan is against bullying and willing to provide his services as a bodyguard.

Country music singer Kelsea Ballerini shared the video saying Keaton does not deserve any of the bullying he may have received.

buddy next time I make it home to Knox I'm going to walk into that lunchroom with you and watch the bullies say they are sorry to you. you don't deserve that. keep your head up and continue to be kind...you will always Come out on top. sending a hug. https://t.co/fZn2hbMPKp

@DonteStallworth @Lakyn_Jones hopefully my video and the tweets that Keaton have been getting brings awareness to bullying and how serious it is in our school system pic.twitter.com/1Dujv3RxA5

Tennessee's Marcus Tatum tweeted out to say it's time to stop bullying and not accept it. Tatum wants to see this not just be a social media trend and to see it as an anti-bullying movement that continues.

Don't let this stand against bullying just be a social media fling. Time to start teaching kids we are all different in our own perfect ways. Don't let this surge of tweets fool you, it's time to start preventing bullying instead of accepting it till its too late.

Cole Swindell, another country singer, told Keaton's sister, Lakyn, that she could bring Keaton to his show in Knoxville next month. He said wants to say hi and stand by him.

Hey, @Lakyn_Jones .. bring your brother Keaton by the bus before my show in Knoxville, TN next month if ya want.. would love to say hello and tell him #IStandWithKeaton

Stay strong, Keaton. Don’t let them make you turn cold. I promise it gets better. While those punks at your school are deciding what kind of people they want to be in this world, how would you and your mom like to come to the Avengers premiere in LA next year? https://t.co/s1QwCQ3toi

Pop star Katy Perry also shared the video on her Instagram and said she stands with Keaton and that it breaks her heart to see this. "This broke my 💔today. Please be kind to one another. #standwithkeaton."

Tennessee lawmakers are also standing with Keaton and bringing awareness about bullying in schools.

Thank you #KeatonJones for sharing your story and bringing awareness to the serious problem of bullying in our schools. There is no place for that, and as Tennesseans, we must work together to prevent bullying and harassment of all our students.

Keaton, I know Tennesseans and people across our country join me in saying thank you for your courage. Bullying isn’t acceptable, especially in our schools. We’re all with you! #StandWithKeaton

Donald Trump Jr. also saw the tweet and says he would be honored to host Keaton and his family if they ever needed a place to stay.

This boy is incredibly brave and the video really got to me. @danawhite, If he takes you up on your offer to see UFC Headquarters, I would be honored to host him and his family at our place if they need somewhere to stay. https://t.co/EWx05o0yI0

School bullying, No, bullying period, is a cancer and a disease to ALL people!! It has to stop. I stand with all those who are ready to put an end to this and I stand with Keaton. You're not alone. #Staystrong. pic.twitter.com/paffvzbhhr

School bullying, No, bullying period, is a cancer and a disease to ALL people!! It has to stop. I stand with all those who are ready to put an end to this and I stand with Keaton. You're not alone. #Staystrong. pic.twitter.com/paffvzbhhr

The original Facebook post by Keaton's mother had been shared over 347,000 times with more than 17 million views as of 3 p.m. Sunday.