It was the team's first state championship in the school's history. 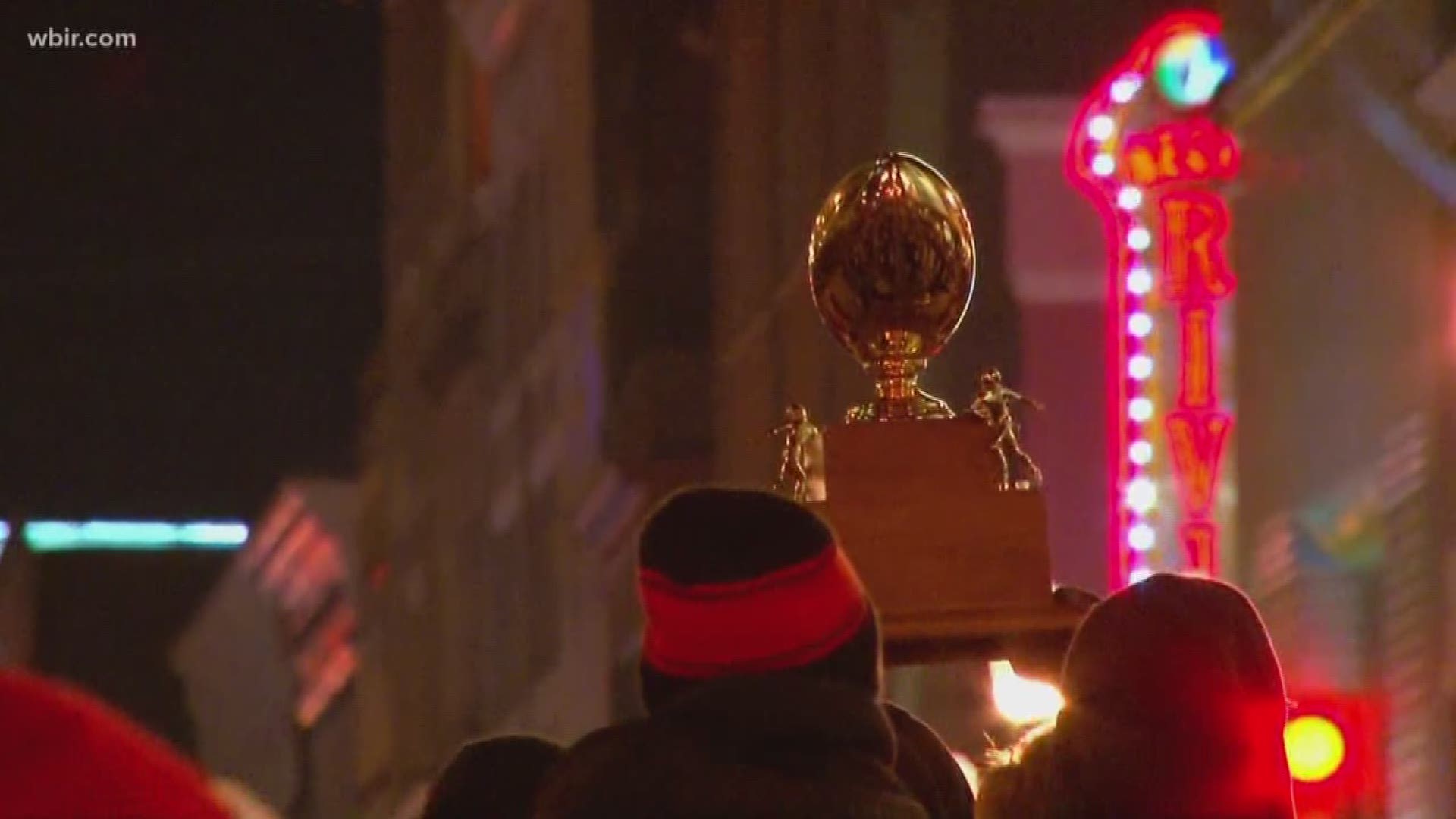 KNOXVILLE — Through a river of lights in Downtown Knoxville Friday, one trophy shined brighter.

As thousands of people waited for Old Saint Nick during the Knoxville Christmas Parade, they cheered louder for a team that brought Christmas home early for their fans.

"It felt amazing. It was like a dream come true," said Jalynn Clemens, a player on the state championship winning team. "Showing off the gold ball. That’s what we work for. That’s what we’re showing off."

For quarterback Dakota Fawver, the Christmas parade through Knoxville was a chance to show the city how hard his team had worked for the past year.

"It was incredible. You can’t really describe the feeling. It was pretty amazing," said Fawver. "We came in every day since the beginning of the summer and put in work and here we are."

From one end of the parade route to the other, the Central High School Bobcats shined brighter than most floats.