They faced threats of violence just to attend their high school. Now, a special event will pay tribute to the students who helped change history forever.

CLINTON, Tenn. — Updated Story (8/26/19 10:30 a.m.): The Clinton 12 made their way once again Monday down a historic route that led to the first desegregation of a public high school in the South.

A school band and hundreds of students and community members came out to watch the procession, despite the gloomy weather that had prompted the Clinton 12 to ride the route in cars instead of walk it.

A ceremony will start inside the middle school's gym once everyone has moved indoors. There will also be a proclamation made by the state of Tennessee.

Students from Clinton schools will not be in attendance along the route because of the weather, a spokesperson for the event told 10News. That could change if the rain lets up, however.

People are still welcome to walk the route along with the cars at their own discretion.

Their bravery would change the course of history, and on Monday, the Clinton 12 will be honored for their contributions to the Civil Rights Movement.

Clinton High School became the first desegregated public high school in the South when 12 students entered the halls in 1956. Its integration set the stage for desegregation across the country.

But it didn't come easily.

Before the Clinton 12, black students living in Clinton had to attend the Green McAdoo school for grades one through eight, and then transfer to Austin High School in Knoxville.

But a local 1950 lawsuit, McSwain et al vs. Anderson County, and the landmark U.S. Supreme Court decision in Brown v. Board of Education changed that, according to the Green McAdoo Cultural Center's website.

Clinton's experience was separate from other infamous stories of desegregation across the South, the website explained.

"Unlike the stories in Arkansas and Alabama, both the city and state governments supported the “Law of the Land”, represented by the desegregation ruling," it reads. "The city’s white religious and economic leaders, such as the Rev. Paul Turner, a local Baptist minister, allied with the black students and their families, offering them protection in integration and challenging those they led to do the same in the face of rising violence."

Outsiders with anti-integration propaganda came to protest and attack the community, the website explains, with white supremacists even bombing the high school in 1958, destroying the building.

And within the halls of the school, the experience wasn't always any better-- other students would call the Clinton 12 names, "pull their ponytails" and step on their heels to the point that they would bleed, even going so far as to almost push one student, Gail Ann Epps Upton, out a window, according to her account.

Monday's event will honor that struggle and recognize the students, community and leaders who came together to fight against racial injustice in the Jim Crow era. 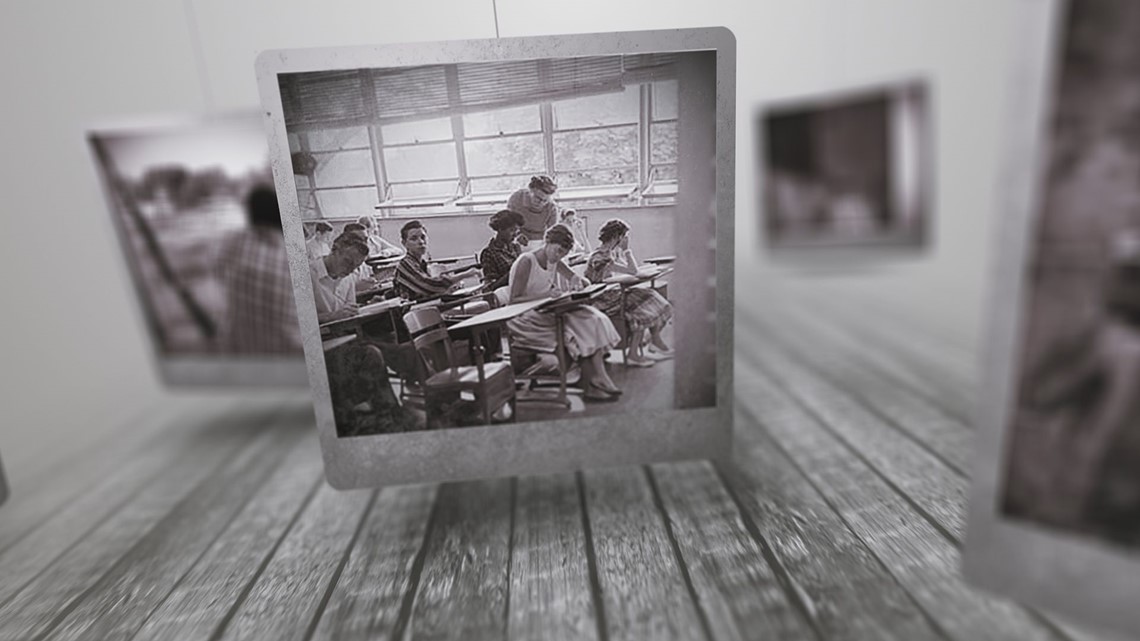 Remembering the Clinton 12 six decades later
CLINTON, Tenn. - Gail Upton said decades after graduating from Clinton High School, she can still remember some of the worst and best moments. "They used to bump into us in the halls," she said. "And I would go home with bloody socks because they would step on the back of my heels."

The Clinton 12 and other dignitaries will walk from the Green McAdoo Cultural Center to Clinton Middle School, which was formerly the high school.

Current students at Clinton Middle School and different Clinton elementary schools will line West Board Street and North Hicks Street and watch as the procession passes by on the same route the Clinton 12 had to originally walk, past angry mobs, to get to school.

A program in the middle school's gym will follow, along with a proclamation by the state of Tennessee.

The living members of the Clinton 12 will to share what the commemoration means to them, along with family representatives of the deceased members of the group.

The public is invited to join in as the procession passes and continue towards the middle school for the ceremony.

Streets will close to traffic at 9:30 a.m. The walk will start at 10 a.m., with the program expected to wrap up around noon.

The walk will take place regardless of rain.

Public parking is available at the Clinton Community Center for those who wish to attend.

Upon entering the middle school gymnasium, seating will be available for the public in the chairs on the basketball court.

The members of the Clinton 12 include: