Rick Barnes and Holly Warlick are in for bonuses during the NCAA basketball tournaments. 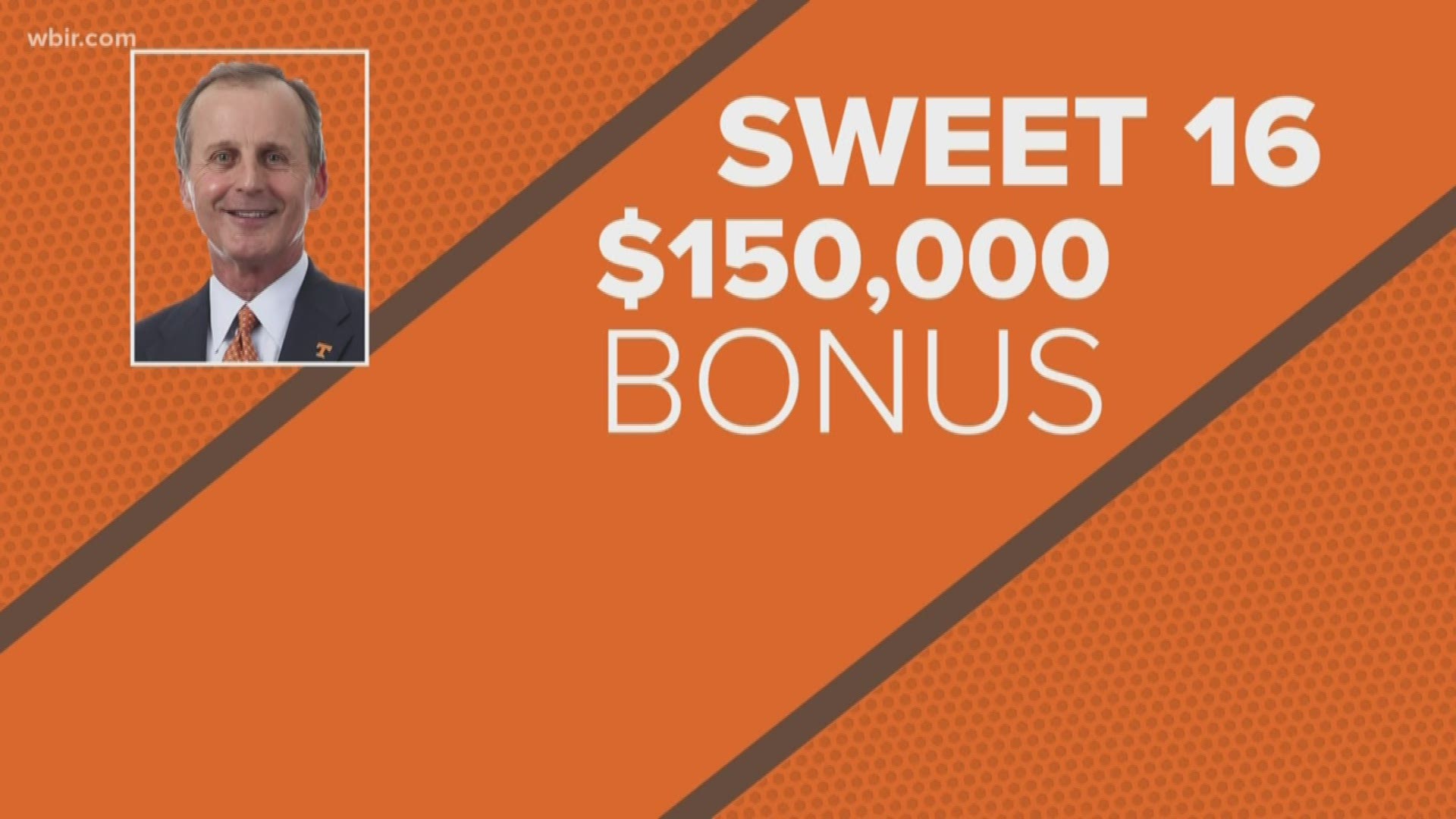 KNOXVILLE, Tennessee — Just for making the NCAA Tournament, Rick Barnes and Holly Warlick have a little more change in their pockets.

An even bigger payoff will come, however, if their teams go all the way to the Final Four, records show.

RELATED: Tennessee is No. 2 seed in NCAA tournament, will play Colgate

If Admiral Schofield, Grant Williams and company make it to the Final Four, Barnes stands to make $250,000.

Credit: Associated Press
Tennessee basketball had three players on the All-SEC Teams. Grant Williams and Admiral Schofield on the first team and Jordan Bone on the second team.

Warlick's contract isn't as lucrative. But she will profit if the Lady
Vols, who have had a rocky season, can hang in there.

For making the NCAA contest, she's entitled in her contract to $20,000.

It only gets better from there.

An appearance in the Final Four would result in an $80,000 bonus for the coach. And if the ladies win it all, which would seem a longshot this year, Warlick stands to pocket an extra $150,000.

RELATED: These are the 10 most relatable reactions from the Vols' big win

RELATED: 'The Admiral': Admiral Schofield highlights his career at UT with The Players' Tribune

Barnes' current compensation for coaching the men is more than $3 million. Warlick gets about $690,000, her contract shows.