The Chattanooga Fire Department said "several" people were injured in the storms and were taken to the hospital. 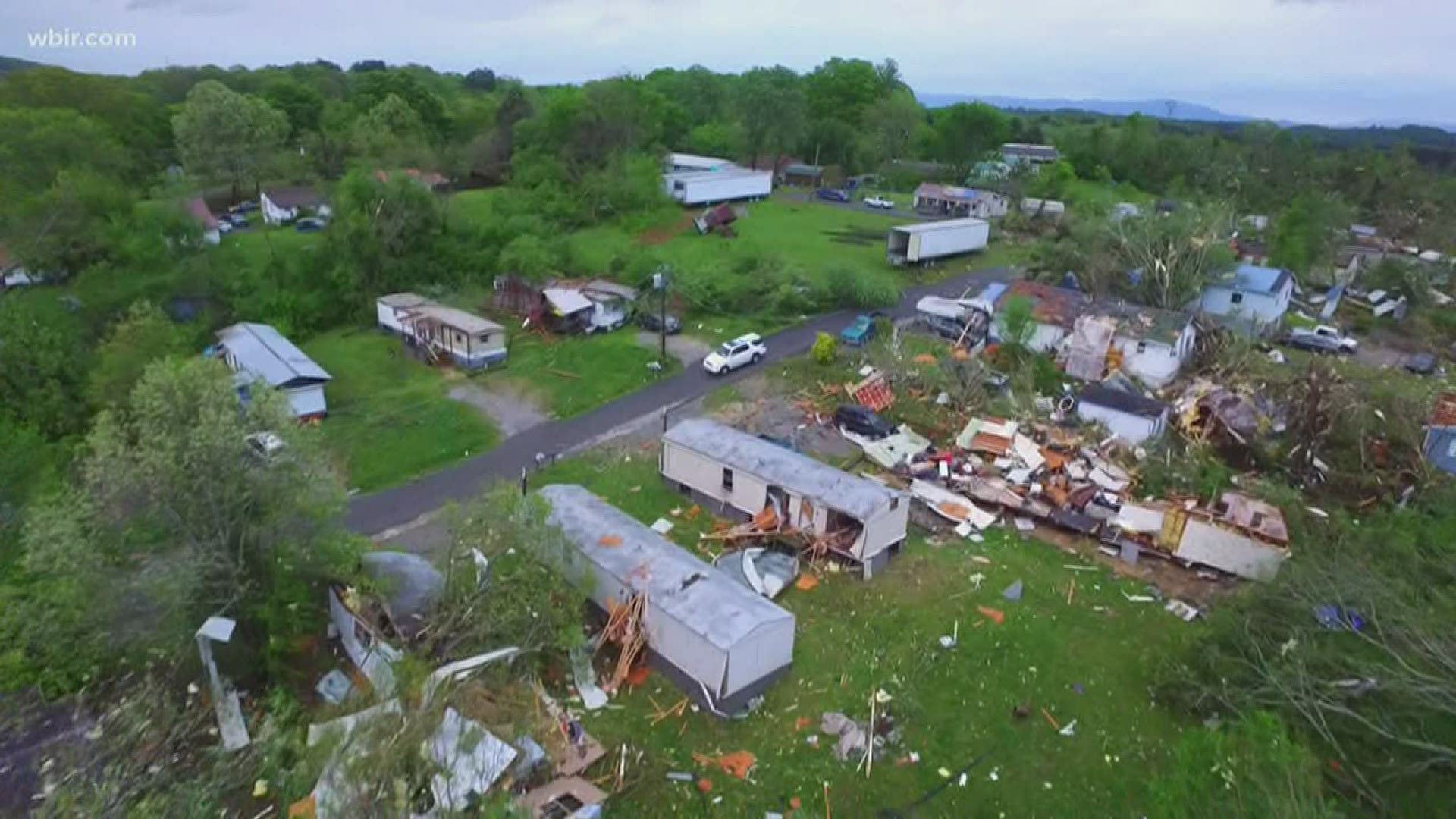 "This has been a devastating strike. It has destroyed hundreds of structures and homes. There is great loss and great tragedy out there right now in this region," Lee said.

The Chattanooga Fire Department said "several" people were injured in the storms and were taken to the hospital, saying there was heavy damage.

WRCB reported that one man died when a tree fell on his home, according to his family. Raffel Jenkins, 29, lived on Wilcox Boulevard. His girlfriend and four children survived.

A mother told WRCB her son was sent to the ICU with severe brain damage after a tornado destroyed their home. She's asking for prayers and a miracle, saying she was told by neurosurgeons there is "nothing they could do."

RELATED: Chattanooga mother asks for a miracle for 4-year-old son in ICU after tornado destroyed their home

The hardest-hit areas were Hamilton and Bradley counties, particularly are East Brainerd in East Chattanooga and Ooltewah.

Crews are moving from a rescue phase to a recovery and damage assessment phase to see what other resources will be needed.

On Tuesday, Governor Bill Lee arrived in Chattanooga with other state and U.S. lawmakers to survey the damage and assess needs. The governor said the loss of life and property was devastating -- saying hundreds of homes and businesses destroyed.

Gov. Lee said TEMA was on the ground with FEMA to conduct initial damage assessments, saying he expects those to be finished by Wednesday afternoon so he can ask for a major disaster declaration from the White House. Lee said that declaration will allow individual and public assistance to flow to support relief efforts.

Lee said the tornado which hit Putnam County at the beginning of March helped prepare the state for disaster relief response in light of COVID-19.

"That [tornado] occurred about 3 days before our first covid-19 case. We had to transition from tradition FEMA response to a new strategy for providing response relief to the victims there," Lee said. "I think we are believing that our response to this will be enhanced because of the way we are operating across the state right now as a result of this pandemic."

Officials are asking residents to please stay home because power lines are still down and lots of debris in the roads.

For the next 72 hours, crews will be working on debris removal and family reunification.

Fire and emergency crews from Knox County have headed south to help out in Chattanooga, including the Knoxville Fire Dept. Rural Metro, and Karns Fire.

Rep. Chuck Fleischmann (R-Chattanooga) said he is with local officials to assess damage, calling it "heart wrenching." He said FEMA has been notified and is sending PPE to help protect first responders.

The Bradley County Fire Department Chief Shawn Fairbanks says several power lines and trees are down and some homes are destroyed.

Chief Fairbanks said at least 15 search and rescues have been conducted to help rescue people from under the rubble in homes and mobile homes.

He said one person has been reported missing and several were taken to the hospital with injuries.

RELATED: The storms will move out and the sun will return late today

The storms that hit East Tennessee were part of a severe weather outbreak that pounded the Deep South on Easter Sunday, killing at least 18 people in Mississippi, Arkansas and Georgia, and dozens of people have been hospitalized.