While setting the clock back an hour this Sunday means extra time for sleep for many, it's the start of a whole new routine for others. 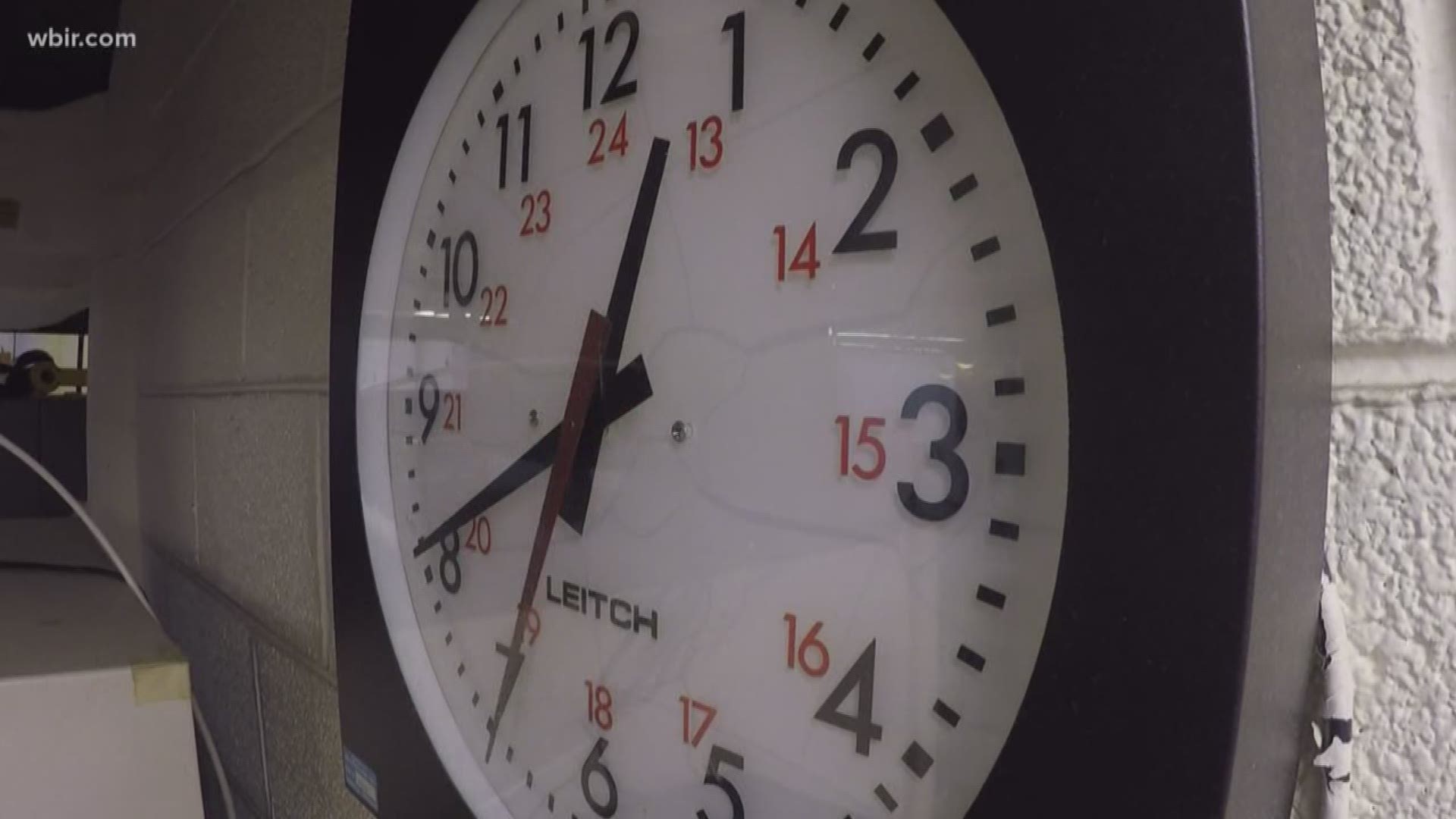 This Sunday we will be falling back for Daylight Saving Time and Tennessee lawmakers want this time to be the last.

They want Congress to let the state go on Daylight Saving Time year-round, but that change may not come anytime soon. It must be authorized in Congress for the state to make the time change permanent.

While setting the clock back an hour this Sunday means extra time for sleep for many, it's the start of a whole new routine for others.

Sticking to a predictable schedule is imperative for children with Autism Spectrum Disorder. Waking up, going to sleep and everything in between is laid out in a precise routine down to the minute. Moving that schedule around takes a lot of adjusting and patience.

For 16-year-old Maci, a routine means everything.

"She is a creature of habit and has routines depending on her setting, the day, time of year. She knows what to do and when to do it," said her mom Kim Russell.

"If we get out of routine she gets very anxious," said Russell.

Maci lives with autism. He mom said she is extremely dependent on the stability of a routine for her sense of well being.

"She wants and needs to know what time she's going to do whatever it is," she said.

So when daylight saving time ends or begins, it means more than just moving the clock in their household. Russell says it usually takes her two weeks to adjust.

"When the clock changes, her body is still accustomed to what her body was scheduled before so it's foreign," she said.

Russell would love to see the time change become permanent for Maci's sake and so many others like her, but doesn't want to disadvantage those who depend on it for their well being.

"The things we take for granted in everyday life as being easy or given, families that deal with special needs don't take anything for granted," she said. "For our personal situation it would be better to have a constant time just like its better to have everything constant."

While Tennessee has a law in the books that would make Daylight saving time the standard year round, it and other states with similar laws still need approval from Washington D.C. for it to actually take effect.

At the moment, there's no indication if and when it might act on what Tennessee lawmakers want to see happen.