More than a year after his death, 3-year-old Kolton Hessman, the honorary police officer who touched the hearts of many, continues to impact people with his legacy. 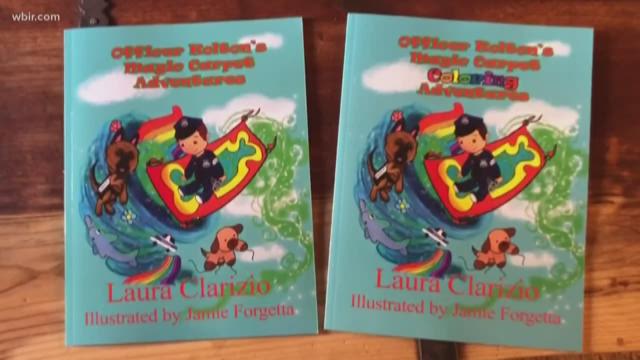 The book, called "Officer Kolton's Magic Carpet Adventures," tells the tale of Kolton watching over other police officers as they go about their duties.

Kolton was named an honorary police officer after his fight with congenital heart disease ended January 25, 2017. He was 3 years old when he died.

"He made it to 3 years and I was glad to have those three years," Kolton's father Grant Hessman said.

The first page of the book shows the exact scene when a police processional lead Officer Kolton home from Vanderbilt Children's Hospital in Nashville to Knoxville after he passed away.

"I thought how wonderful would it be for him to watch over police officers because as you know he loved police officers," said Laura Clarizio, the author.

Clarizio is one of thousands of people who watched Kolton on his journey through his Facebook page.

<p>3-year-old Kolton Hessman is on the waiting list for a heart transplant at Vanderbilt  Children's Hospital.</p>

"I thought this would be a beautiful way to memorialize him and a beautiful gift to his parents Mimi and Grant," Clarizio said.

"My heart is kind of like a double edge sword. Sad in one way but beautiful in another," Grant Hessman said about the book.

Clarizio released the book on Valentine's Day because Kolton had a heart full of love to give.

"That's what it's all about. That's what people are celebrating and I thought it was a perfect tribute to celebrate his beautiful heart. Even though he didn't have his heart in the end, his heart was beautiful," she added.