Match made in heaven: Church gives another church a church

It is like a match made in heaven: South Knoxville Baptist was struggling to pay their bills and City Church was looking for a permanent home. 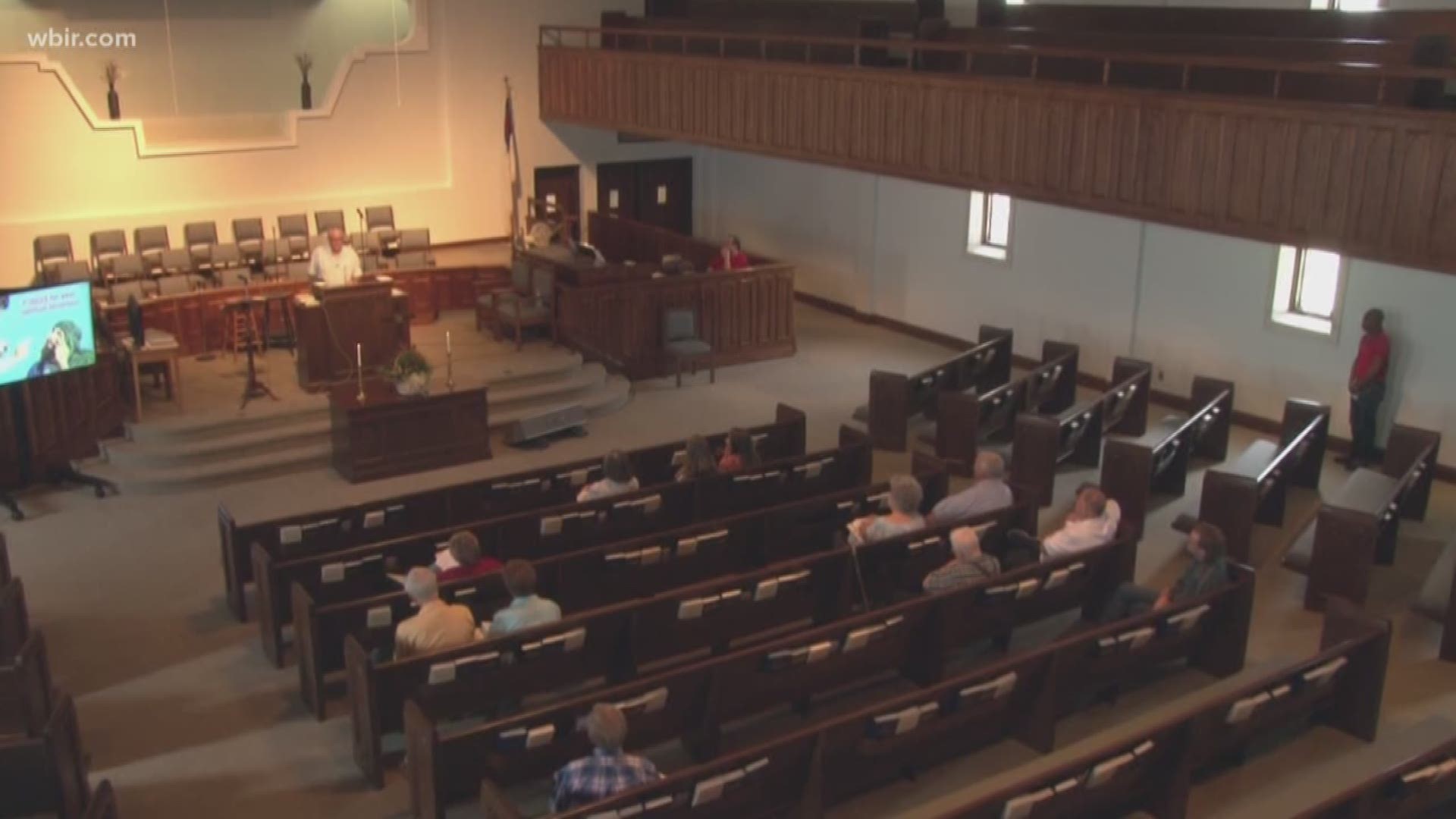 This is the tale of two churches.

One, South Knoxville Baptist, is dying out.

"We have few in number and most of them are senior citizens," Pastor Richard Phipps said.

But these days, only about 20 members make it to Sunday services.

"Our homebound members greatly outnumber our active members here in this church."

The other church: the growing group of worshippers at City Church, led by pastor Kent Bateman. They just moved to Knoxville a little over a year ago.

"For a little while we actually met in the basement of one of our member's houses," Bateman said.

Now they meet on Sundays at a rented space in the Old City.

"We've been loading everything in and out every week, functioning as a mobile church, and we were just kind of looking around this space going 'Okay we're not going to be able to fit in here forever'."

Across the river, Phipps had the opposite problem.

"It's come to a point where it is almost impossible for us to maintain this building."

It was hard for South Knoxville Baptist to pay the monthly electric bill.

"The only answer to problems like that is just turn to the Lord," he said.

It was, as they say, a match made in heaven.

"It was really kind of crazy how it felt like God was orchestrating it all," Bateman said.

On Wednesday, South Knoxville Baptist transferred the deed to their space to City Church. They'll continue to worship there and City Church will slowly move in over the next year.

Phipps said they're considering kicking off the new partnership with a fall festival and chili cook-off.