"Any time we can help someone work on getting into treatment and addressing those issues instead of going to jail, the quality of life is so much improved." 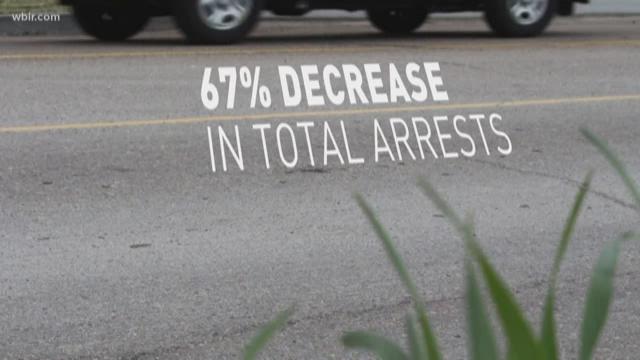 The Knoxville City Council has decided to to bring back a program designed to curb prostitution and broaden access to mental health and addiction treatment.

In 2013, Knoxville was one of three cities across the country to receive a federal grant for a program to divert sex workers from jail. The program ran out of funding in 2016.

In those three years, the Helen Ross McNabb Center says it came in contact with and treated dozens of people. It reported a 67 percent decrease in total arrests and 62 percent reduction in daily substance use among program participants.

"We go to NA and AA meetings with them, whatever it takes we’re going to work with them and walk with them along the way," said Candace Allen with the Helen Ross McNabb Center. "Any time we can help someone work on getting into treatment and addressing those issues instead of going to jail, the quality of life is so much improved."

Michael Dunthorn of the Knoxville Office on Homelessness said prostitution is usually interconnected with homelessness, addiction and mental health issues.

"What you tend to get is just cycling in and out of jail and it doesn't really bend the curve or change the outcome for that individual or the community," he said.

On Tuesday, the Knoxville City Council vote unanimously to allocate $74,500 to fund the program for one year.

The Helen Ross McNabb Center will work together with the Knoxville Police Department to identify people involved in prostitution and try and get them help.

"They’re out there and they’re on the streets and they’re human beings. They deserve to have the same access to treatment and not go into jail where their needs aren’t met," Allen said. "They’re in the system where they just feel they cannot get out of it."