The Knoxville City Council passed a plan to have two companies be involved in a pilot program to bring electric scooters to city streets. 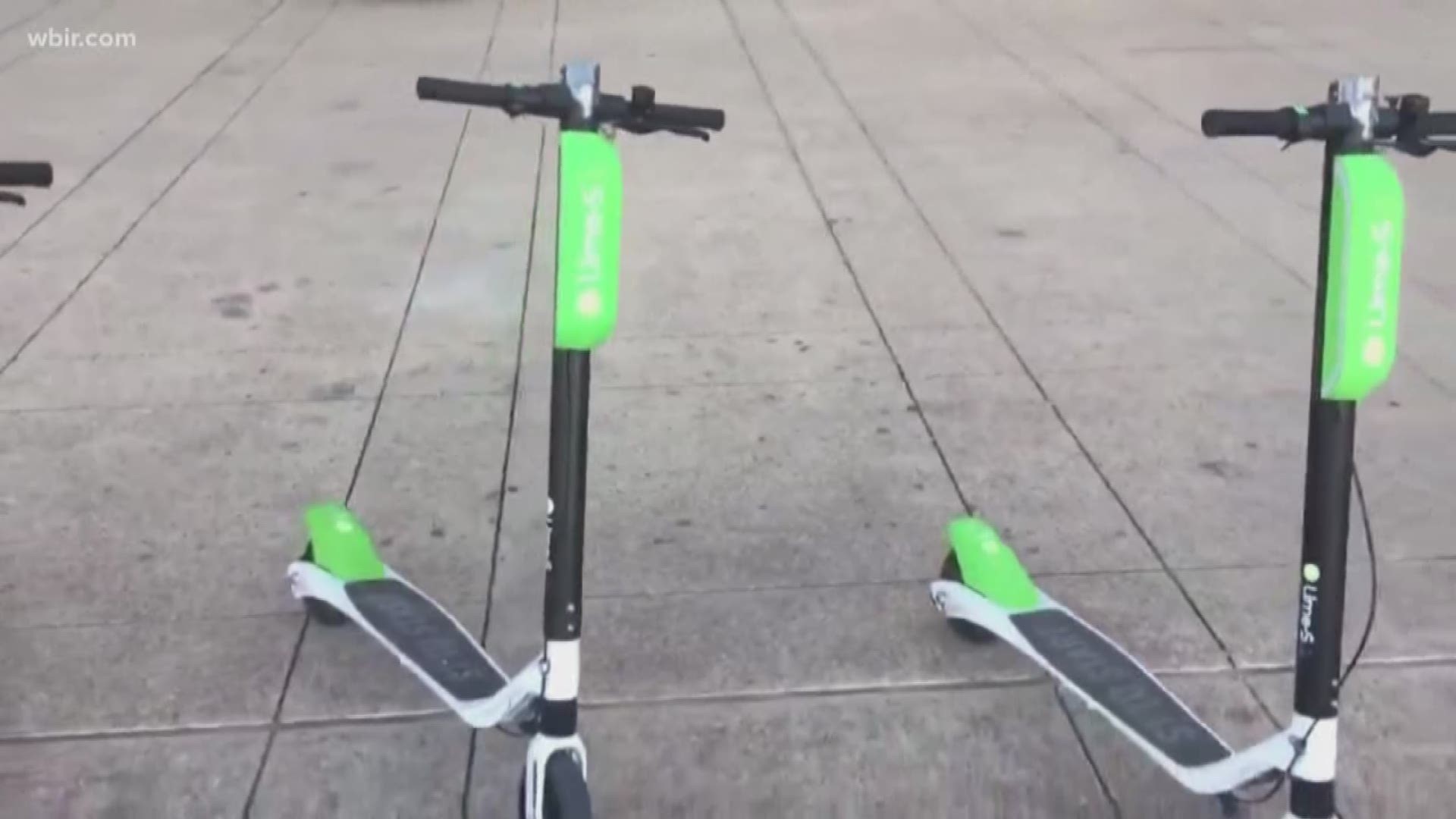 KNOXVILLE, Tenn. — After months of planning, electric scooters will soon be coming to the streets of Knoxville in a similar manner as the city's bike share program.

Knoxville City Council voted for a pilot plan Tuesday night to bring 'shared mobility' scooters to the streets. The plan had been put on hold a couple of times as the city passed temporary bans to work out the details and learn more about the scooters.

The electric scooters would be rentals placed at certain spots in the city that can be checked out via app or on-demand.

Two companies will be involved in the pilot program: Zagster/Pace, the company that operate's the city's bike share program, and VeoRide.

Visit Knoxville president Kim Bumpas says the scooters are in high demand and could bring more people to the city.

"It is a visitor experience. At Visit Knoxville, we get requests for scooters all the time in the visitor center," Bumpas said. "So I think it will benefit the community from a 'point a--to-b' commuter aspect, but it's also a visitor experience, it's another way for visitors to explore Knoxville."

The resolution said having two companies in the pilot program will allow the city to compare different business models. The program will last for six months initially, but could be renewed to give the city more time to observe and choose a long-term model.