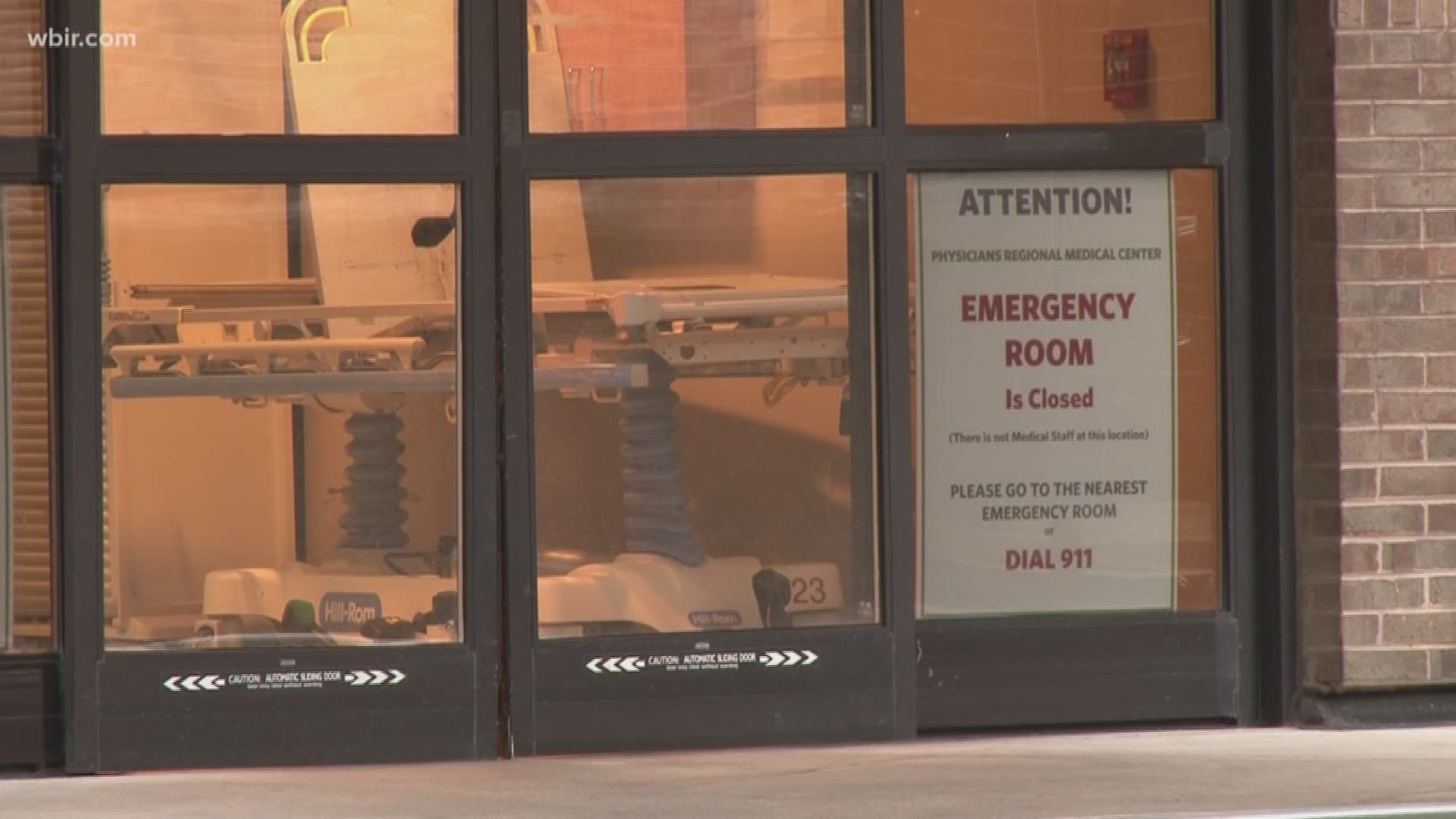 The city of Knoxville plans to acquire the old St. Mary's hospital as part of a $40 million project that calls for demolishing some of the campus buildings to make way for a new police and fire headquarters and includes "tax considerations" for seller Tennova Healthcare, 10News has learned.

The goal is for site acquisition to be completed this summer, allowing for the demolition of the old Safety Building and construction of a $150 million science museum in its place.

The plan combines the city's police and fire departments, along with municipal court and the pension board, into a single headquarters on Woodland Avenue near Fulton High School.

Tennova closed Physicians Regional Medical Center on the property in late December and has begun boarding up windows at the 19.5-acre vacant site.

The city's proposal splits the site in two. The new safety complex will occupy the southern half of the site, from Emerald Avenue to Woodland Avenue. The city plans to demolish large swaths of the northern part of the property, with the goal of creating a master redevelopment plan for that part of the site.

The exact cost of the demolition has not been finalized and is not included in the $40 million the city council has allocated for the public safety complex.

"Reuse of existing property is good for the city," the city's chief operating officer, David Brace, told 10News. "It meets KPD and KFD's needs and it also has a good, positive impact on the neighborhood."

The city aims to take ownership of the property as soon as this summer and begin remodeling immediately for the police department to move in shortly after, Brace said. It's secured a letter of intent with Tennova.

"The location for KPD and KFD in the central part of the city with great access both to the interstate and to Broadway is a tremendous advantage," the city's chief policy officer, Bill Lyons, said.

As part of the deal, the city will provide "tax considerations" for Tennova to invest in a new healthcare site on Middlebrook Pike, Lyons told 10News.

Brace said the city's timeline is due to the immediate need for a new police headquarters to replace the 50 year-old existing structure on Hill Avenue, not because of a proposal from businessman and philanthropist Jim Clayton to build a new science museum at that location.

However, he added that the timeline provides an advantage for both the city and Clayton's plans for the site.

"I think Mr. Clayton has a really aggressive schedule and is close to moving into the schematic design and then the design schedule," Brace said.

Both Lyons and Brace emphasized the advantages of the site for its neighbors. They envision the police and fire departments developing a close relationship with Fulton High School and say the opportunity to fill the vacant site will help the neighborhood.

"Anytime you can reinvest, bring people back into an area and have some new life is always a great plus," Lyons said.

City officials have sent details of their proposal to City Council members ahead of a scheduled workshop on Thursday.