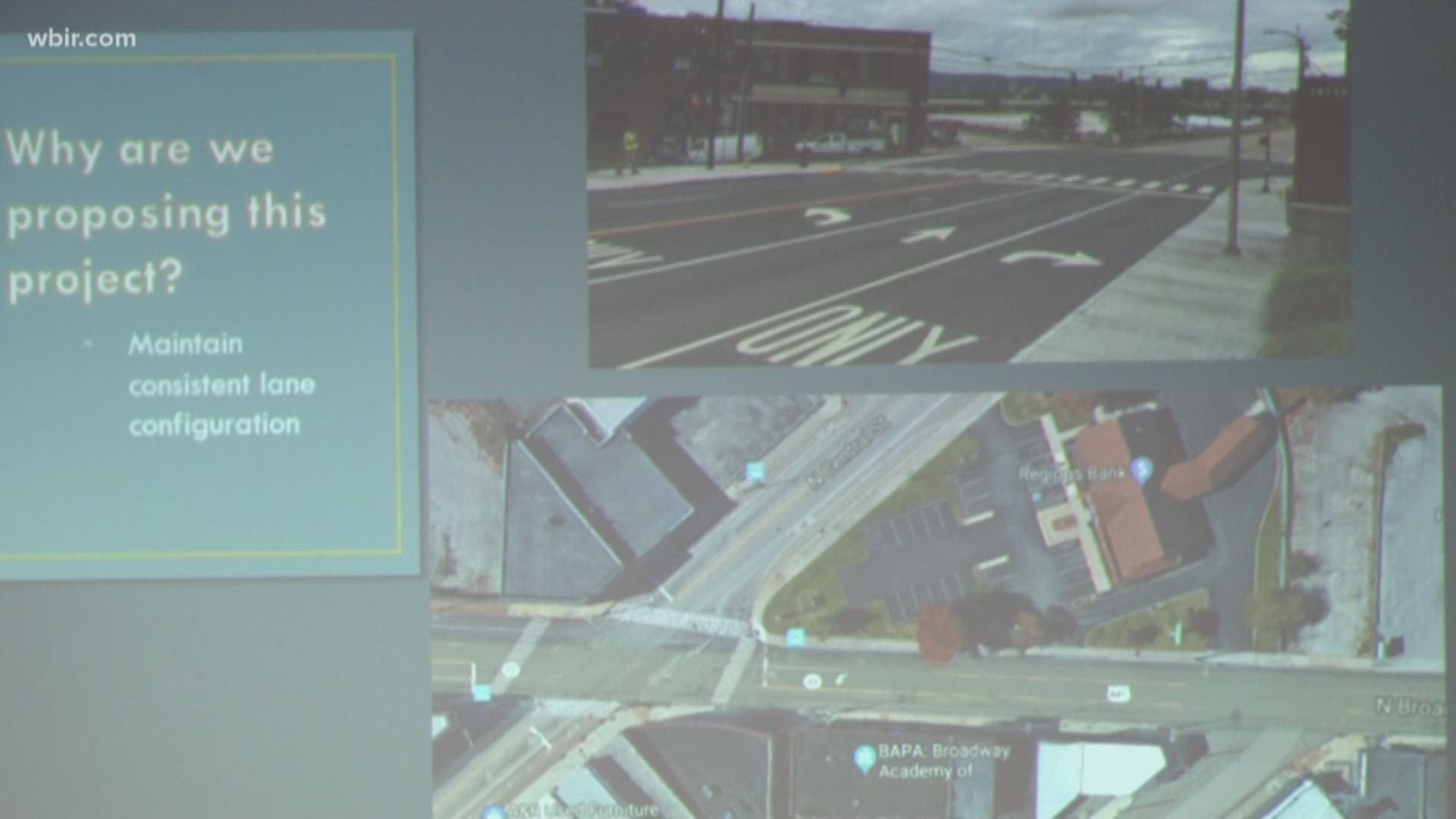 City of Knoxville officials want to know what the public thinks about adding bike lanes to a section of Broadway, reducing traffic lanes from four to three.

The changes would be made between Depot Avenue to Central Street.

Broadway is already three lanes north of Central, and the new Broadway Viaduct replacement in that area will also be three lanes.

You can get more information here.

"Adding bike lanes to this section of Broadway would implement one of the top 25 priorities identified in the City’s Bicycle Facilities Plan. Completing this “missing link” would connect existing Central Street bike lanes to Fort Sanders, the University of Tennessee and the City’s 18-mile downtown greenway system via Second Creek Greenway," according to a press release from the City of Knoxville.

According to the Federal Highway Administration, a change from four lanes to three lanes can generate a reduction in crashes by 19 to 47 percent.