The city said its streetlight bill is down nearly $275,000 dollars from two years ago. It's nearly finished installing the new LED streetlights across the city. 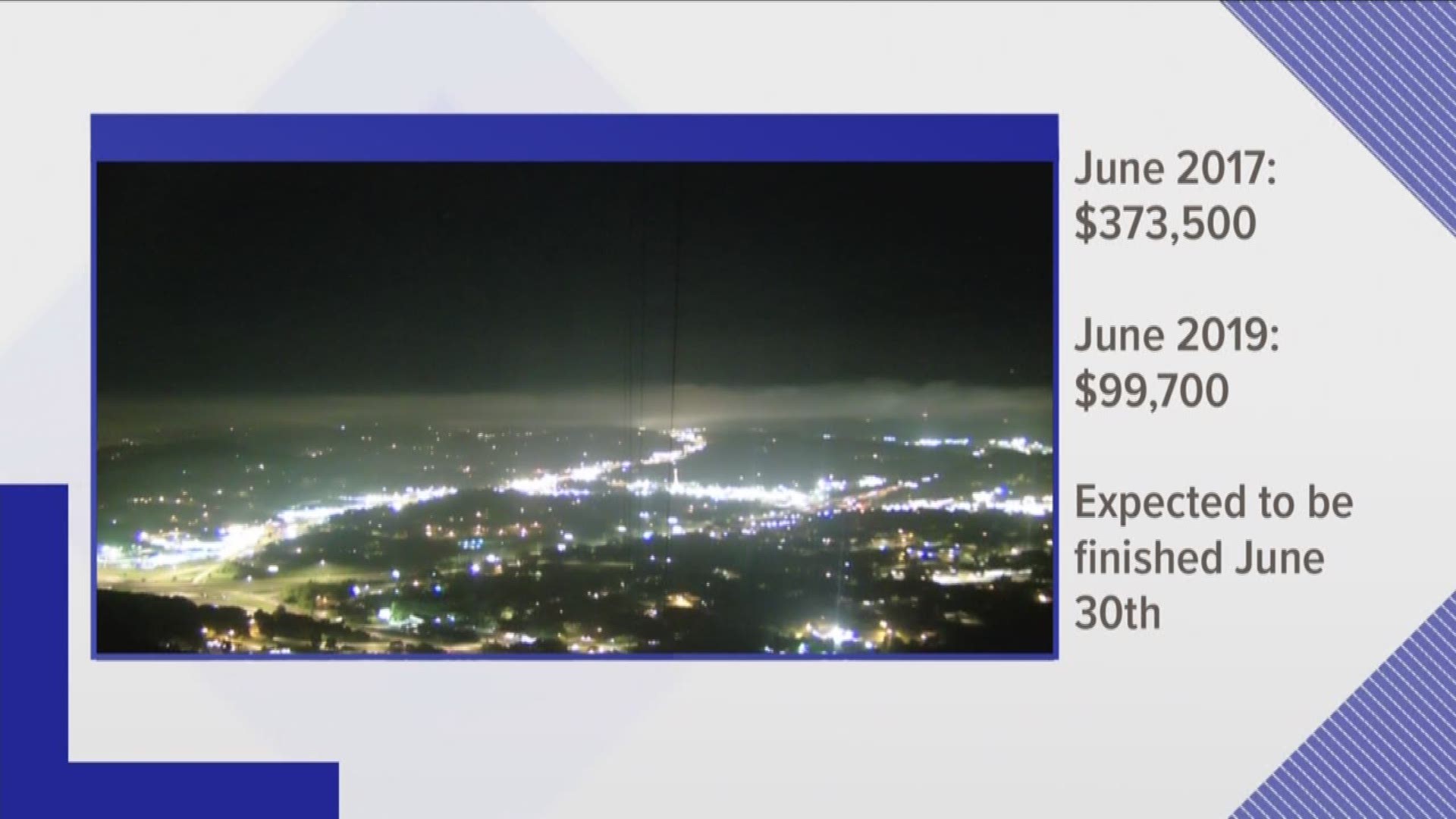 Even though the City of Knoxville hasn't quite finished installing new LED streetlights, it said it can already see the difference in the bill.

According to the city's Office of Sustainability, the LED retrofit project has greatly reduced energy consumption. It said the streetlight bill is down by nearly $275,000 from two years ago.

City leaders think they will save about $2 million in energy and maintenance costs with the new lights.

The replacement process is ongoing. The city hopes to have work finished by the end of June.

"We also see an environmental benefit in the form of reduced light pollution because the new LED lights are so much more directional they don't shine outward, they shine light on the roadway where it's intended. There's also of course a big environment benefit in that we're not using as much electricity," said Erin Gill, City of Knoxville Director of Sustainability