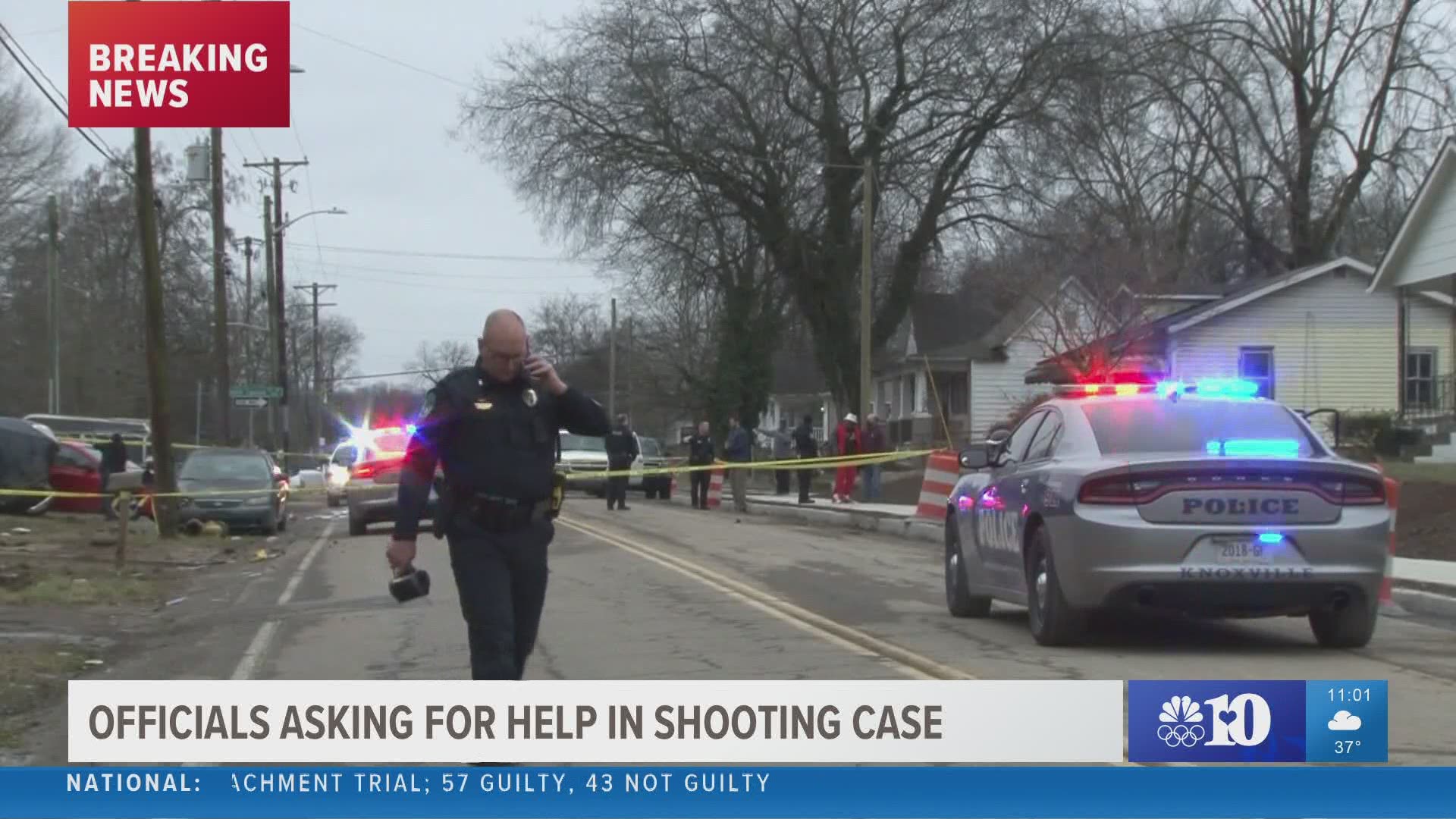 KNOXVILLE, Tennessee — Three days after a 16-year-old Austin-East High School student was shot and killed as he left the school, no one has come forward with any information.

Surveillance video shows there were several people, likely fellow students, who witnessed all or part of the shooting, according to KPD.

Family members identified the victim as Stanley Freeman Jr., a bright, ambitious student who police do not believe was the intended target of the shooting.

Investigators are pleading with anyone that may have seen the shooting, or have any information, to come forward.

“Now more than ever, we need to band together as a community,” Chief of Police Eve Thomas said. “These senseless acts of violence cannot and should not be tolerated under any circumstances, and we all must work towards the common goal of holding the individuals who perpetuate this type of violence accountable for their actions."

Investigators hope that parents of Austin-East students will speak with their kids about what they may have witnessed or know about the shooting. Tips can be made anonymously by calling 865-215-7212 or emailing violentcrimes@knoxvilletn.gov.

"I urge anyone who might have information that can assist our investigative efforts to come forward and talk to someone, whether that be our investigators, a trusted community member or school administrator,” said Chief Thomas.

Police and community leaders are pleading tonight for help, after a deadly shooting that left a 16-year-old Austin East High School student dead. Police at this point believe the student was not the target of the shooter.

“We implore you, please as a community help us,” said Knoxville Police Chief Eve Thomas at a Saturday press conference.

Officials said they understand the incredible sadness throughout the city.

“We as a department, as a city are feeling in this moment, we’re heartbroken. Heartbroken for a young man whose life was tragically and unexplainably cut short,” said Scott Erland, KPD Communications director.

They are asking the community for any help that will lead to the arrest of the person(s) responsible.

“I implore you as a parent, student or community member if you have information that might be relevant to this investigation please come forward,” Thomas said.

“It’s important and we need it to make sure justice is served,” City of Knoxville Director of Community Empowerment Charles Lomack Jr. said.

The shooting happened Friday when the 16-year-old was leaving school.

“The victim was struck at least once by the gunfire and fled the scene in his vehicle crashed,” said Chief Thomas.

That crash happening on Wilson Avenue, he was transported to a local hospital where he died. Police said there were between 8-10 students that saw what happened

“[The investigation] revealed numerous individuals most of whom appeared to be Austin east Students who witnessed the entirety of the shooting or portions of the shooting,” said Thomas.

Stressing that if you have any information that is relevant to step forward, as the city feels the effects of this young man’s death.

“Once again we’ve seen tragedy strike in our city and our hearts are heavy right now at all that we’re are witnessing,” Lomack said.

If you have any information you can reach out to the Knoxville Police Departments Violent Crimes unit at: (865) 215-7330.