A new report on the program notes more than 34,000 students applied. Roane State and Pellissippi State both saw more Reconnect students in 2018. 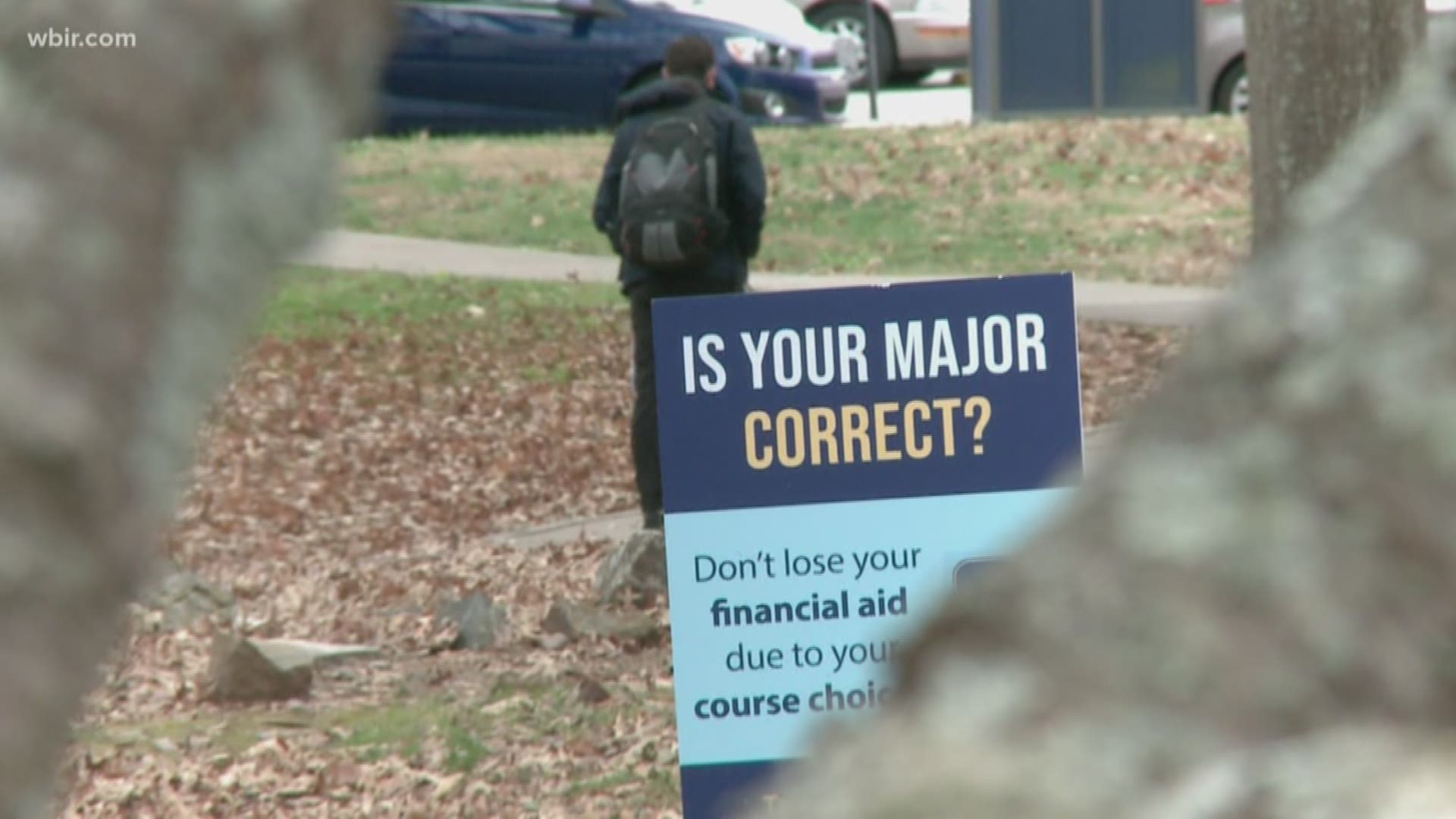 KNOXVILLE, Tenn. — The story of TN Reconnect started back in 2017.

"I am proposing that Tennessee become the first state in the nation to provide access to community college free of tuition and fees," Governor Bill Haslam said.

That same year he signed the bill and years later students believe it is changing lives.

"I was never going to be fulfilled the way I was going," TN Reconnect student Jacquilyn Roundy said.

Just a few years ago her story looked a little different.

"When I got out of high school, my parents needed me to work to help with the house, and then so that's what I did," she said.

However today she is headed toward a degree and eventually a job.

"My last semester of classes is next semester, and then next fall I'll be doing my internship and then graduating," she said.

"So many say they couldn't have done it without that free tuition," financial aid director Richard Smelser said. Roundy's story isn't uncommon. In fact, according to a new TN Reconnect report, almost 3,000 students enrolled in the program last year and more than 34,000 applied.

"To see the students not have to worry about that little bit of cost makes a huge difference."

It is a difference that even Roundy's daughter notices.

"My daughter when we drive by, she says that's your school when she sees the sign," she said. "She tells everybody I'm so proud."

It is a feeling she wishes more people could feel, and if the numbers are not enough to convince people, she wants everyone to know she's living proof.

"The possibilities are there, the world is endless," she said.

In 2018 Pellissippi had nearly 2,000 Reconnect students, and as of now more than 400 of them have already graduated.

The total number of adult students at Roane State has steadily grown since the Reconnect grant was offered, showing an approximate 30% increase in adult enrollment.

1,966 receiving Reconnect and enrolled since fall 2018