A Political Action Committee called Brand New Congress says it helped around 70 progressive candidates in the 2018 election and is based in Knoxville.
Author: Marc Sallinger (9 News)
Published: 6:19 PM EST March 6, 2019

KNOXVILLE, Tenn. — In the heart of Republican-heavy East Tennessee, one of the most popular liberal members of Congress lists a downtown Knoxville address in filings with the Federal Election Commission. 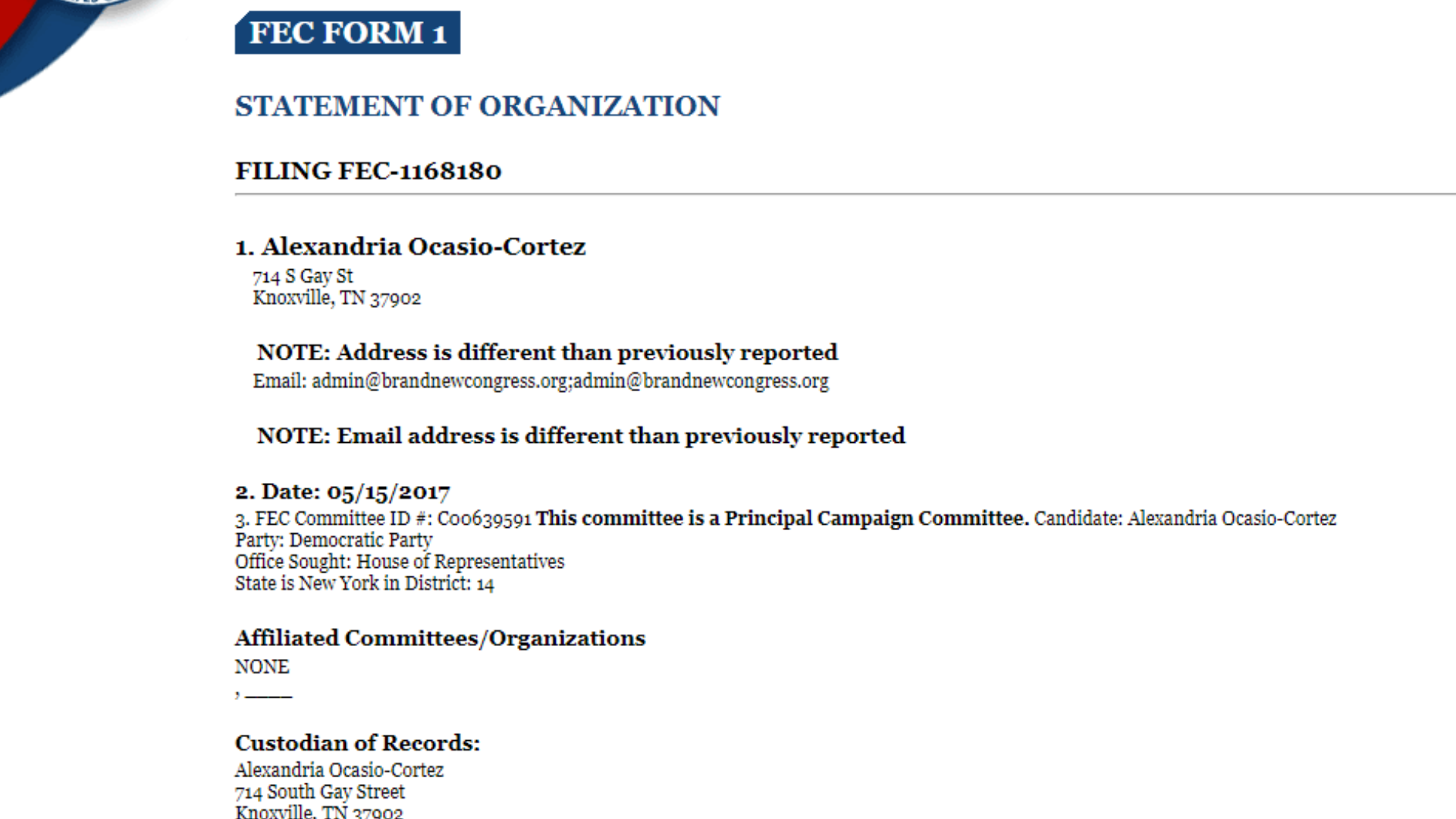 "Apparently the address for the PAC is in Knoxville on Gay Street," said Richard Pacelle, a Political Science professor at the University of Tennessee. "Its idea was to recruit new candidates that people hadn’t heard of before."

The address listed on FEC filings, including those of Ocasio-Cortez, is 714 South Gay Street. A soap and candle shop sits on the ground level and everything from non-profits to a tour company are also listed on the door as tenants.

What is hidden in FEC filings is that this location was also one of the headquarters for the political action committee that helped elect Democratic candidates from across the country, including New York, Texas and Illinois.

"What I’m guessing is this is a location in terms of a number of satellite offices around the country for an organization that is trying to recruit new progressive candidates. In the same way, you can probably look on the Republicans side and see grassroots organizations that try to recruit conservative candidates," said Mark O'Gorman, a Political Science professor at Maryville College. "There’s nothing illegal going on here. It’s been filed by the federal election commission, the FEC. The national organization that keeps track knows what’s going on. Where I think the issue is is whether either side can make political hay of this in terms of suddenly this is something that no one knew about."

In a phone call, one of the founders of the Brand New Congress PAC, Corbin Trent, said he helped start it in Knoxville because he is from East Tennessee. Trent says candidates the PAC supported, including Ocasio-Cortez, came to the Knoxville office on Gay Street for training sessions. Trent says the office was staffed throughout the campaign.

"Even if every 15th time that location was used to maybe have people come in and do a coffee and donuts kind of thing, then they've got a physical space and that's never bad for a campaign to know you can meet there," said O'Gorman.

The filings first came to our attention in a Twitter thread posted online.

Even if the organization and the money is hidden in plain sight somewhere as obvious as Gay Street, experts say both Democrats and Republicans do it.

"This is as bipartisan as it can come," said O'Gorman. "Money is one of the most important things in a campaign."

It is not clear whether Tennessee tax laws encouraged the PAC to set up shop here on Gay Street.