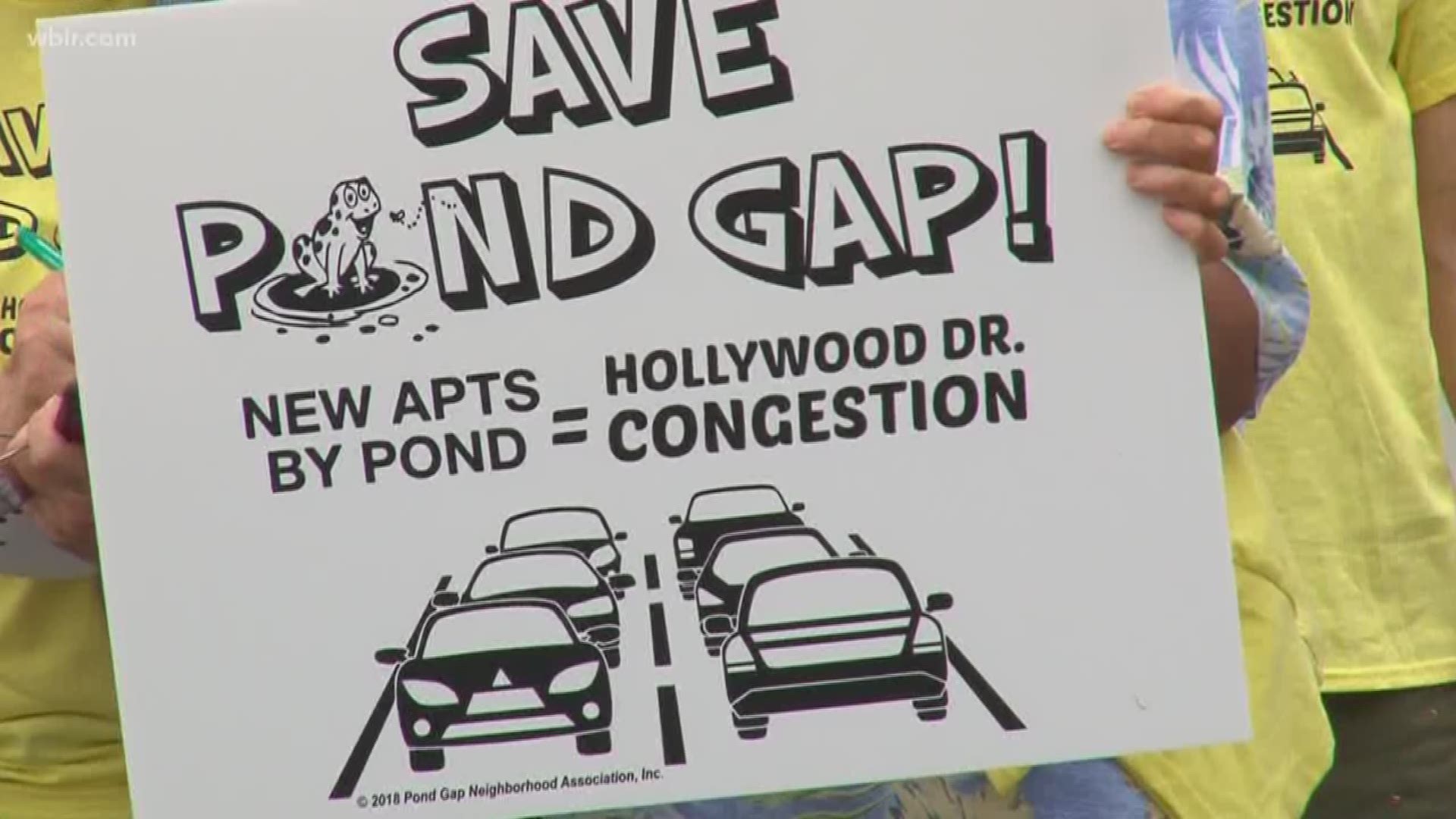 The site of the future 'Flats at Pond Gap' housing development at 817 Hollywood Road will contain 102 units for low-income households.

Mayor Madeline Rogero and several other city officials will attend the development's ground-breaking ceremony at 11 a.m. on Friday, Sept. 13.

The city said the housing is meant for families with annual incomes at or below 60% of the area median income. Rent will be capped at no more than 30% of a household's income per affordable housing guidelines.

The city has already broken ground on two other affordable housing developments this year: 'Southside Flats' in South Knoxville and 'Five Points' in East Knoxville. All together, the three developments are adding 354 new rental units to Knoxville.

The development faced controversy after it was proposed. People living in the Pond Gap community protested the plans at the busy intersection of Hollywood Road and Sutherland Avenue a year ago, saying they were concerned about the development's impact on traffic and safety.

You can find detailed information on the development on Knoxville/Knox County Planning's website.