Instead of hosting a rehearsal dinner, Lauren and Justin Smith watched firefighters try to save what was left of their apartment. 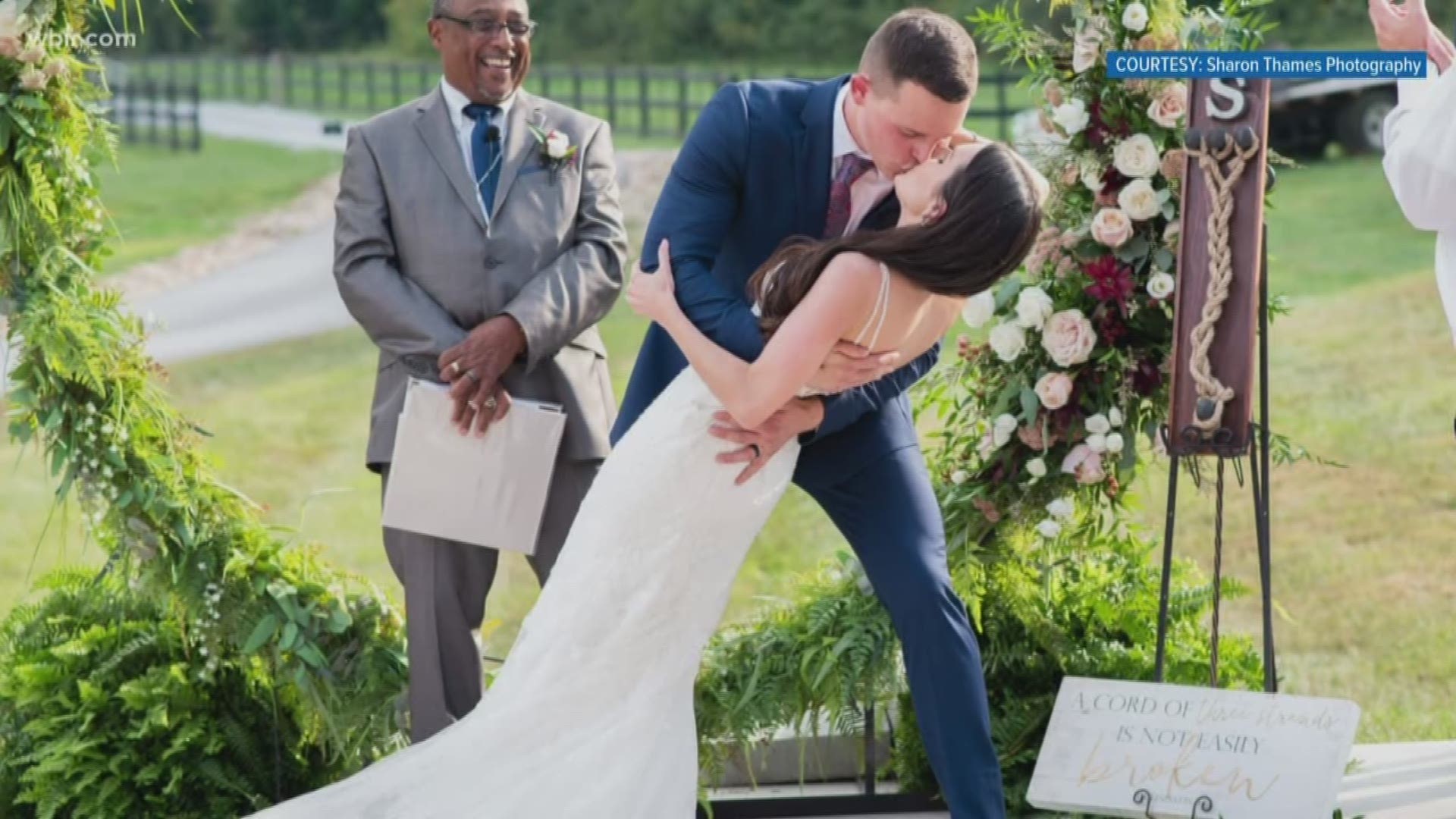 "Around noon that day I first got a phone call from him," Lauren said.

She was on her way home when her phone rang. Her now-husband would tell her their apartment was on fire and the entire building had to evacuate.

RELATED: No injuries after large fire breaks out at Riverpark Apartments in Sevierville, authorities say

"I got there before she did and seen everything up in flames and really the emotion was just so much disbelief," Justin said.

Lauren wouldn't make it to the scene until a little later, as the drive there would prove harder than she thought.

"Being as emotionally distraught as I was with my mom, and we pulled over and one of his officers came to our rescue," she said.

Justin, who is a Sevierville Police Officer, did fortunately get inside for just a few seconds.

"Luckily we were able to get away with some clothes," he said.

Later the magnitude of the what happened would set in.

"Knowing that we had this place that was already furnished and ready for us to start our home was devastating," Lauren said.

Despite the devastation, they still felt the need to move forward. On Saturday after over a year of planning the two got married.

"Forget about the tragedy and enjoy our big day since this only happens once in a lifetime for us," Lauren said.

That is exactly what they did, which they credit to their friends and family.

"They made sure we had the wedding we intended to have," Justin said.

After going from one of the worst days of their lives to one of the best, the Smiths believe they now look at life a little differently.

"This right here is gonna help us build stronger than anything," Justin said.

So far they haven't returned to their apartment because right now it's not safe, but regardless of what happens next they are just happy to have each other.

"Through all the bad there is bound to be something good, so just wait it out, because that good is coming," Justin said.

The couple will go on their honeymoon and then search for a new place to live when they return. The cause of the fire is still under investigation.