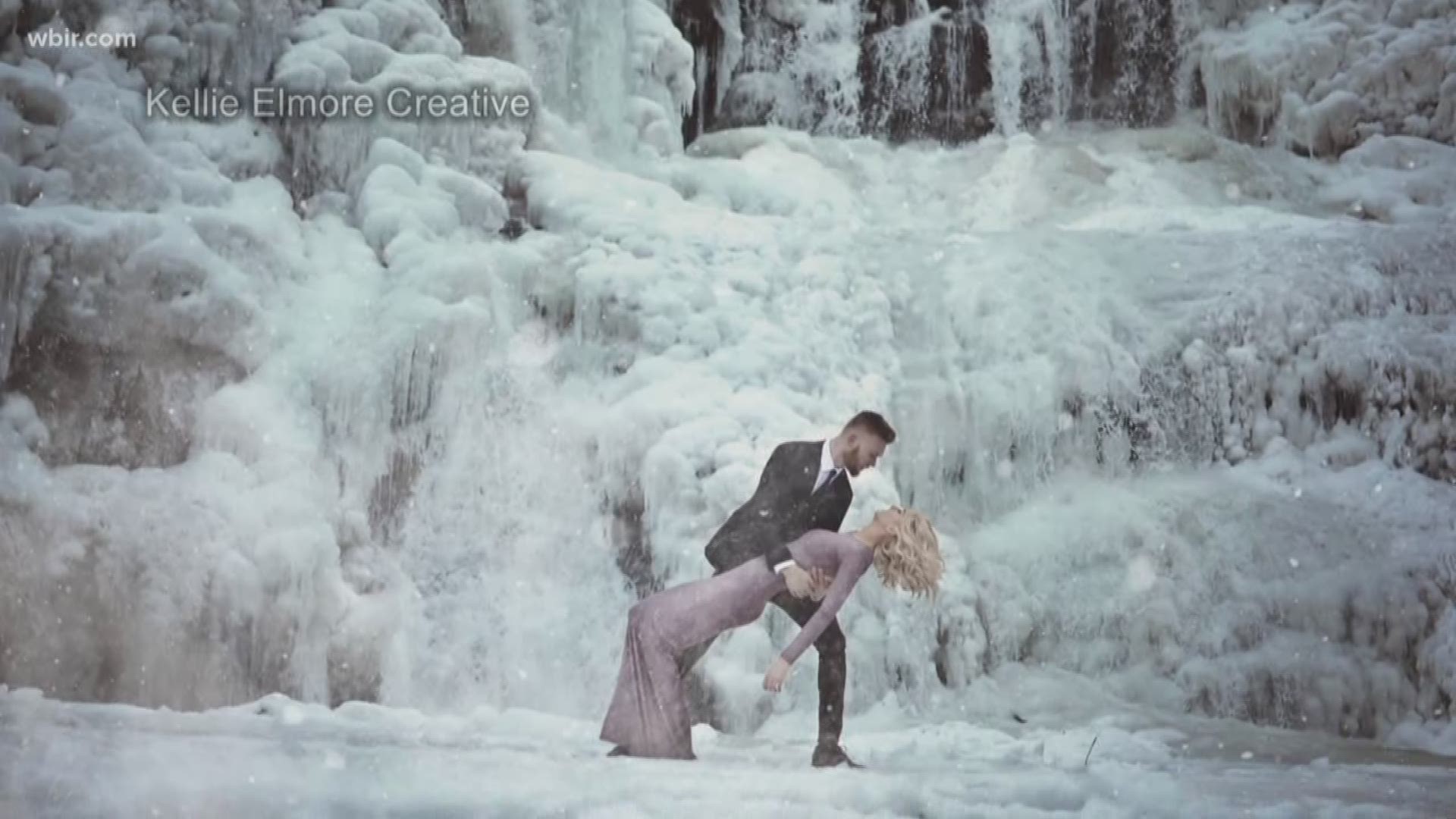 A perfect moment was frozen in time as photographer Kellie Elmore aimed her camera the couple standing in front of an icy Bald River Falls near Tellico Plains, Tenn.

"It was so beautiful that people didn't even believe it was real. They thought it was photoshopped," Josh Morris said.

Morris and Morgan Daye's icy engagement photos are the polar opposite of how they got engaged in the first place.

"We were at the beach. He took me out by the water. He couldn't have planned it more perfect himself. The sun was going down. The waves were perfect. There were two dolphins in front of us," Daye recalled.

"I just did it right there in front of those dolphins and the sunset," Morris laughed.

From sand to ice between their toes, the two knew that Bald River Falls would be the perfect spot to capture their love for each other.

"It's kind of how we met and started dating, just through a love of hiking and doing adventurous things together," Daye said.

Photographer Kellie Elmore said when they started walking toward the falls and saw that it was frozen, everything fell into place.

"We didn't' expect it to be frozen over. It was just God who showed up and did this. Everything fell into place," Elmore said.

Shortly after posting a few of the photos online, the pictures went viral in East Tennessee.

"I knew there was going to be a lot of reaction just because it is the Falls and it's Morgan. She always just takes good pictures. I photograph her a lot. But nothing like what has happened. I didn't expect that at all," Elmore said.

"She was in a dress that had an open back, so that mist was just hitting her the whole time. I was just in a tuxedo, so I was freezing," Morris said.

"I was freaking out a little on the inside, but we kept it cool for the camera," Daye added.

The couple plans to get married in May, and Elmore said she's already thinking of ways to top the engagement photos at the ceremony.