The fire happened at Colonial Park apartments in a building containing ten units. 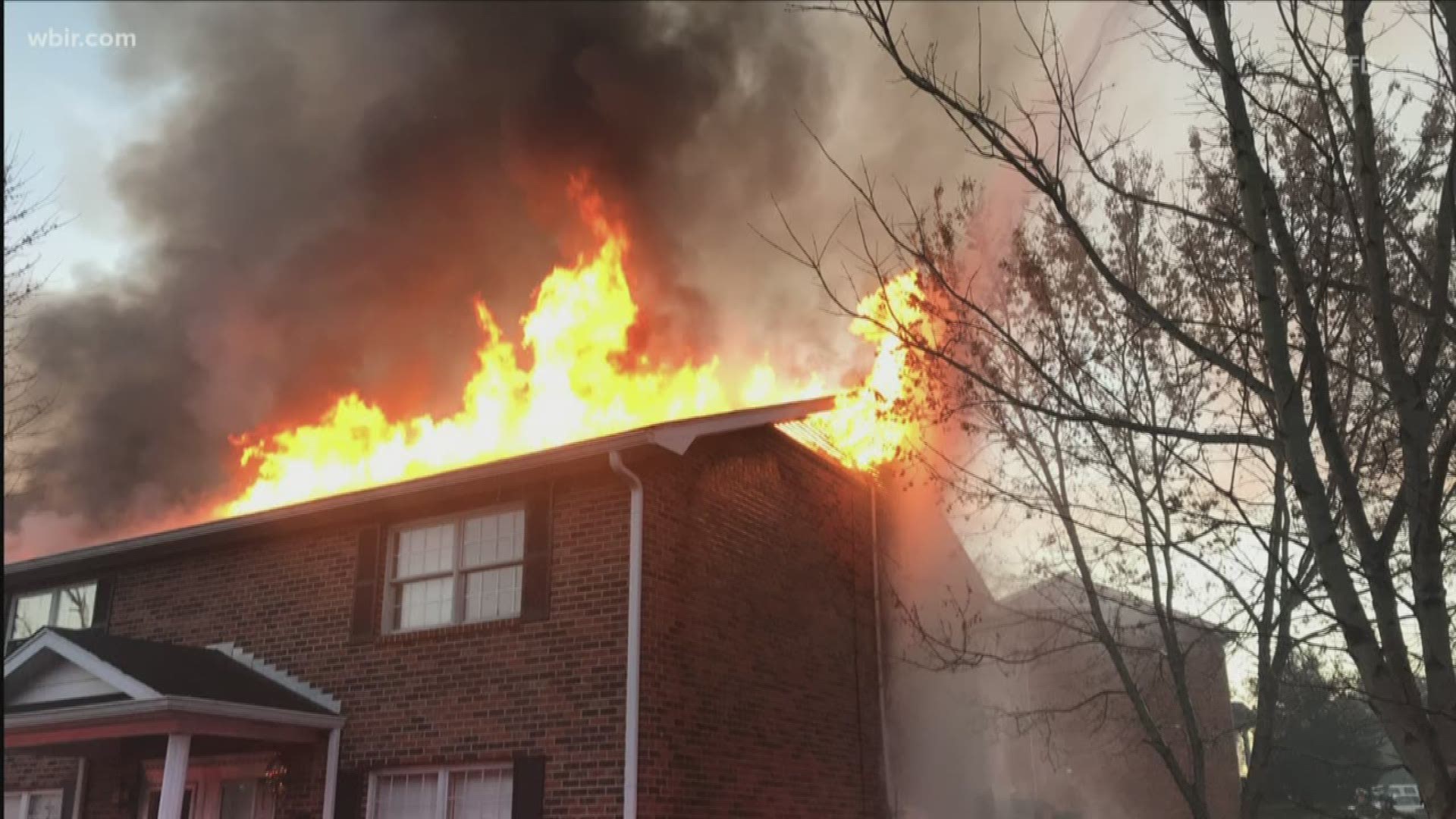 KFD investigators have determined that a fire at a Knoxville apartment that displaced ten people was an accident.

Evidence suggests the fire started near or around an area where repairs had been made to a leaking copper plumbing pipe. The fire apparently smoldered overnight until climbing a  wall that separated the units and got into the common attic.

The roof over each unit was burned.

It happened at 481 Broome Road, in a complex called Colonial Park. Dispatchers said the call came in at 6:39 a.m. As of 7:45 a.m., no injuries were reported.

Callers told 10News the smoke was visible over I-40.

A KFD spokesperson told 10News the building contains 10 units and the fire was in the shared attic.

Fire crews cut a hole in he roof to get to the flames. but they quickly spread before firefighters got them under control.

All the occupants made it out safely and no one was hurt.

It's not known at this time how many people were displaced, but the Red Cross is on the scene to help them.

The spokesperson said the building's attics did not contain fire breaks -- separating walls that prevent fire from spreading. He said those structures weren't required when part of the complex was built.