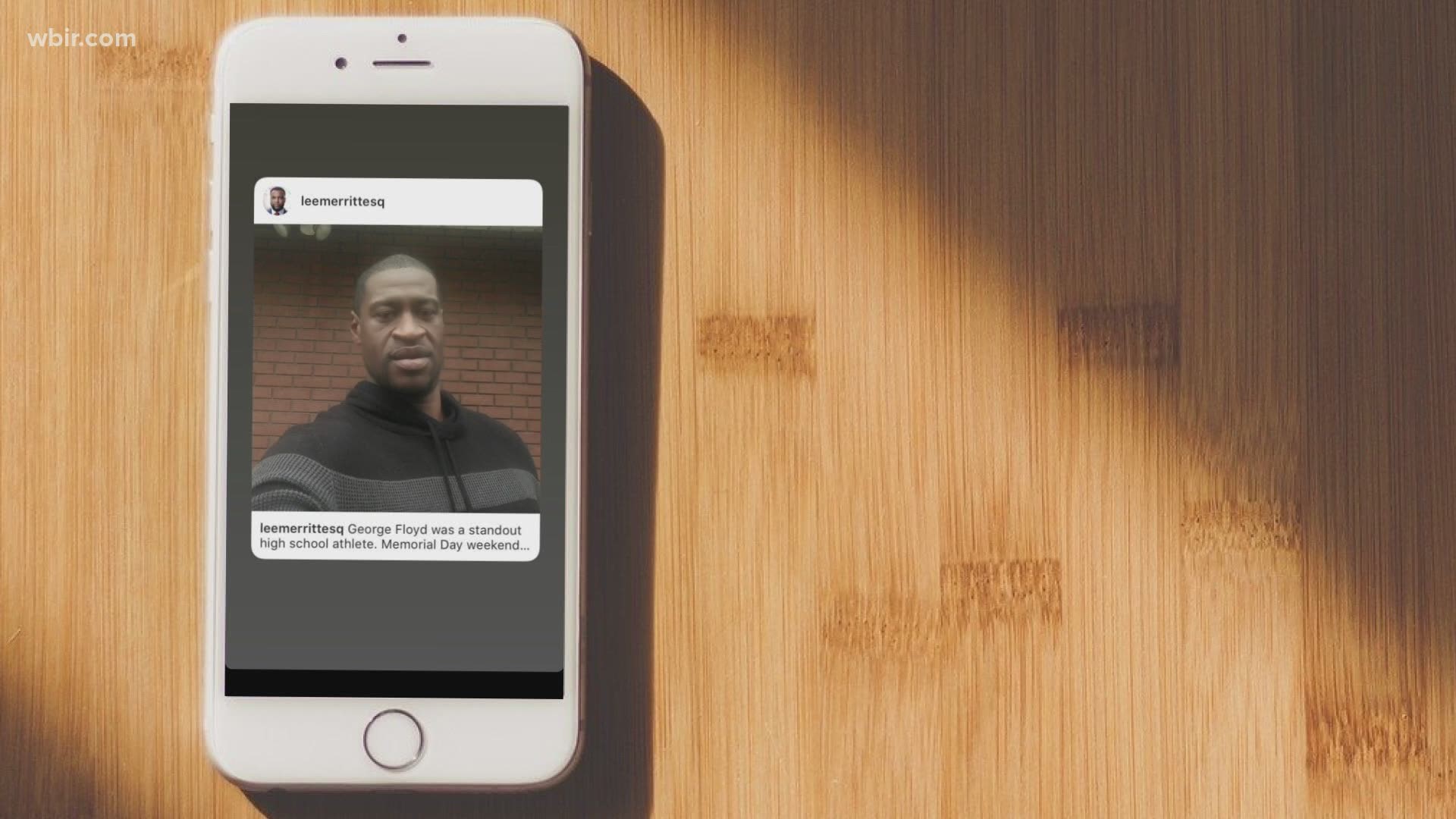 KNOXVILLE, Tenn. — Grieving family members, protesters and the Minneapolis mayor are calling for a police officer to be charged with murder.

The officer, Derek Chauvin, can be seen in the arrest video with his knee on Floyd's neck.

You can also hear Floyd repeatedly say "I can't breathe."

Authorities said this arrest was prompted by a call for a forgery in progress and followed by Floyd resisting arrest.

Floyd's photos are everywhere on the internet.

His death is sparking outcry from people across the country.

When tragedies like this happen, eyes turn to local police departments and demand change.

Knoxville police are trying to do their part.

"We wanted to identify things that we thought that would help the new recruits be effective in working with different communities and different cultures," said Ola Blackmon-McBride, Interim Director of Knoxville's Police Advisory & Review Committee.

Cultural diversity training is something all KPD recruits have gone through for years.

The most recent recruits finished three days of training this week.

Members of the Black, Hispanic, Islamic and LGBTQ+ communities, as well as people with disabilities, spoke with recruits as part of the training.

Shaffer said these conversations are important for all officers.

"We don't want it to be, here's your 8 hours of training, and then we're gonna move on to another topic," he said. "It builds and it continues to build and it's applicable in every other class that they're gonna have."

KPD officers are taking these steps to prevent acts of racial or cultural violence.

They also invite people to spend time with the police department and understand their culture.

"Come and see us as who we are," said Shaffer. "Don't make your opinion about a Knoxville police officer that you see on a street based on a police officer's actions a thousand miles away."

Community members can help by learning about different groups of people around them.

Cultural groups around Knoxville, like Centro Hispano and Muslim Community of Knoxville, often have open house events and invite anyone in the public to attend.

Shaffer and Blackmon-McBride suggest taking time to talk to people in other communities before judging the actions of one.