Many began contacting WBIR last week after the company stopped picking up their trash. 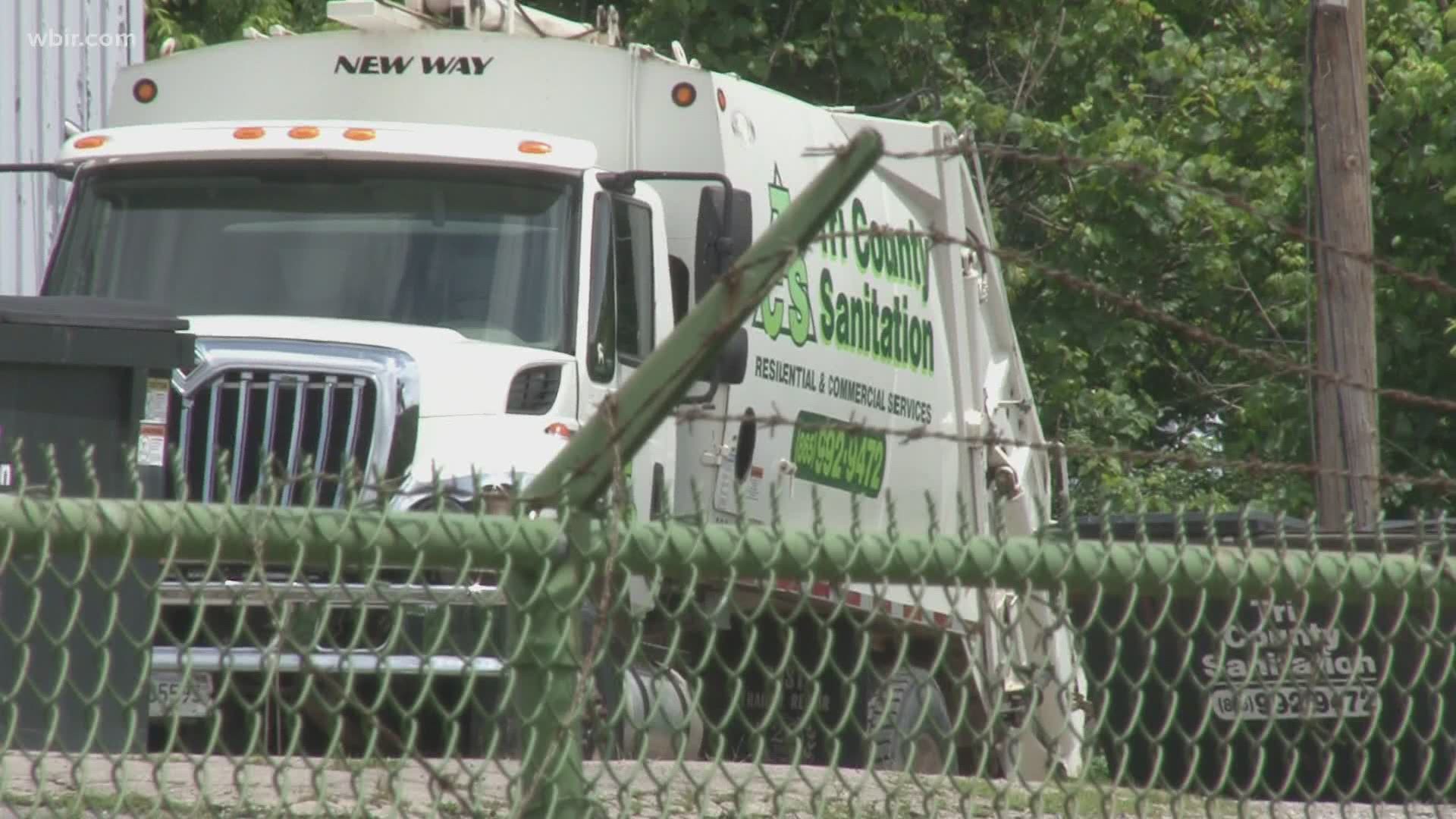 KNOXVILLE, Tennessee — Customers of an East Tennessee trash company -- many of whom already had paid in advance for service -- are wondering who will pick up their trash now that the business appears to have abruptly closed.

Former customer Raphael Azzarone is one of thousands with a full garbage can and few answers.

"It's extremely frustrating," Azzarone said. "We have to wait and see obviously, but we can't wait around."

He said he, and multiple others in his Knox County subdivision did not receive notice of the company's closure. He found out and saw rumors on social media.

The biggest concern customers have is getting refunds after paying in advance.

"Many of us paid a year in advance, so mine came out April 1 and I renewed it and I have no idea," Azzarone explained.

The company's phone line at its Maynardville office was constantly busy Friday and Monday. The website offers no information about what may be happening.

On Monday morning, Tri-County President Vinney Loy posted a note to customers on Facebook that Tri-County would be "partnering" with Waste Connections of Tennessee Inc. to continue service.

Waste Connections District Manager, Jason McCue, said in an email, "We are currently assisting former Tri-County Sanitation customers in transitioning to Waste Connections of TN. We are experiencing extremely high call volumes and we are making every effort to set up service with these customers."

In a letter dated June 27 that was posted to customers, Loy said his former general manager and office manager abruptly closed the business Firday without his knowledge. Loy said he also has been getting cancer treatments.

Loy indicated the pair of former managers "bankrupted him" and created their own trash collection business, called Waste Masters.

"Why would you do that," Loy questioned. "I mean, that's criminal! To me that seems like it would be criminal to wipe somebody's business out and take off and set up your own."

Waste Masters said these claims aren't true and the company has no connection with Tri-County Sanitation.

"We just started the company on June 1," an email from representatives read. "We hired a driver who did work for Tri-County Sanitation and his first day is today [Monday]. We are very upset about the rumors."

Loy said he can't access the database with customer information, so doesn't know when or if those who have already paid in advance will get refunds. He pleaded with customers to transfer service to Waste Connections of Tennessee.

"The situation seems a little fluid but it has already affected (county) Convenience Centers," Thurman's note states Monday. "This weekend our operators reported a higher number of new customers that were bringing their own waste because this company had stopped picking up."

It's possible if another company acquires Tri-County that customer trash rates could go up, he said.

"Increased rates for residential curbside trash service can result in residents cancelling service which can cause an increase of Convenience Center users as well as increase traffic at paid waste facilities (like the City of Knoxville facility on Elm Street). It could also lead to more dirty lots for folks that do not have transportation," Thurman wrote.