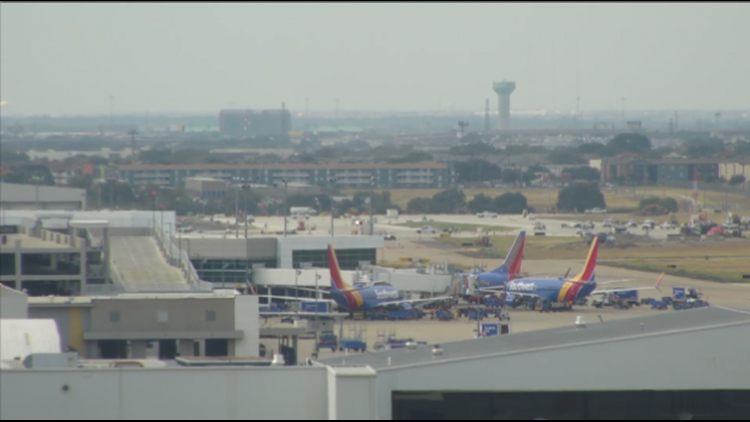 Photo by: WFAA
Authorities say a threat involving a Southwest plane was non-credible.

DALLAS — An FAA emergency was reported Friday afternoon while authorities investigated a possible threat involving a Southwest plane that was later deemed non-credible.

According to Southwest officials, a passenger reported receiving "a threat to a flight via their personal social media account."

Dallas police confirmed authorities interviewed a passenger on the flight and determined that there was no immediate threat.

Southwest officials say the plane was met by local law enforcement as a precaution.

The flight departed from Lubbock earlier in the day and landed "uneventfully" at Dallas Love Field Airport Friday afternoon.

The FBI and Federal Marshal’s Office are investigating the incident.

This is a developing story. Check back for new information. Download our free WFAA app to stay up-to-date on all news stories in the Dallas-Fort Worth area.