Sergeant First Class Jeremy Griffin, who considered Clarksville home, made the ultimate sacrifice for our country. 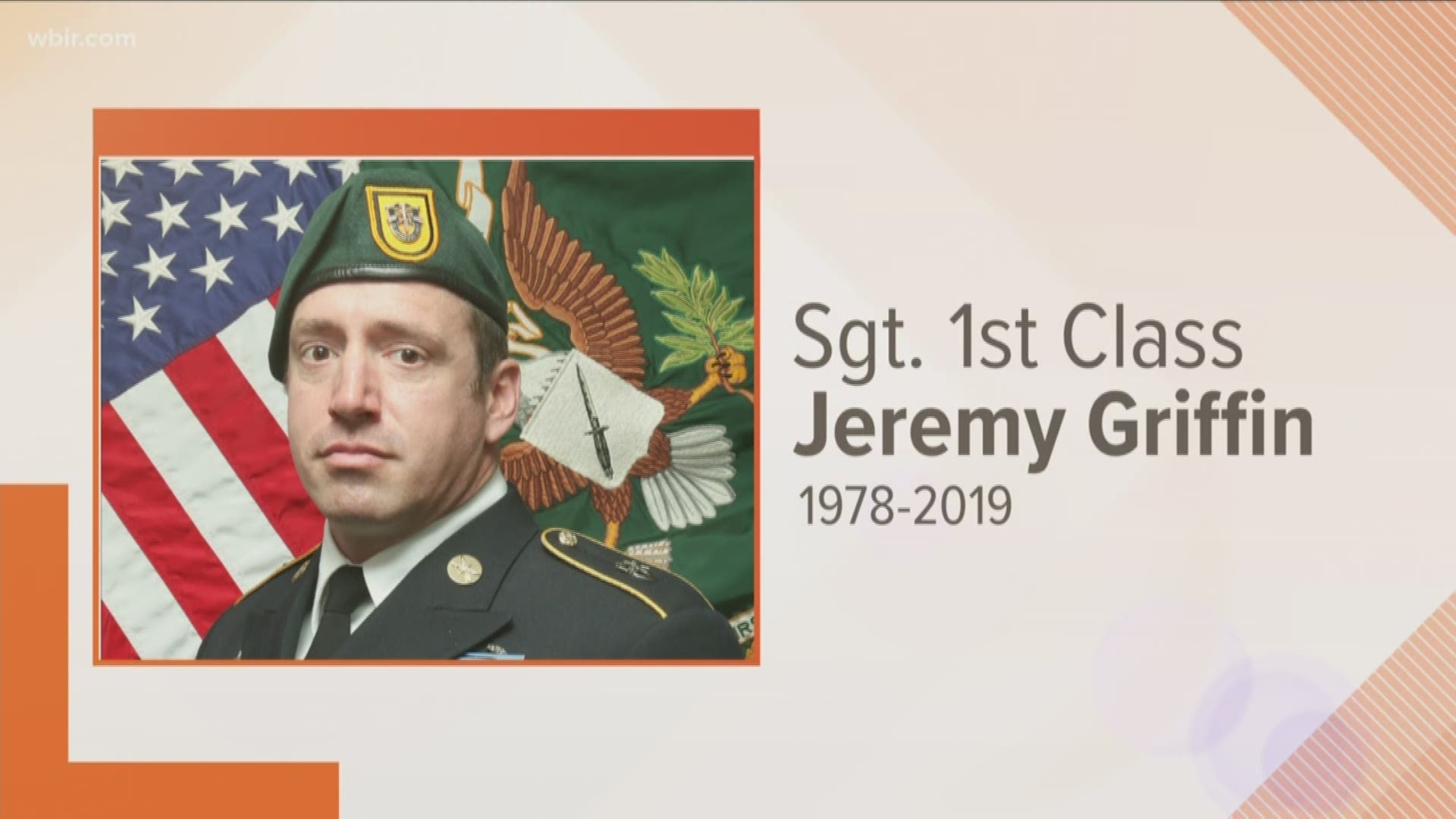 Saturday, Oct. 5, has been declared a day of mourning for a Tennessee soldier who was killed in action.

U.S. Army Sergeant First Class Jeremy Griffin of Greenbrier was killed by small arms fire on Sept. 16, while his unit was engaged in combat operations in Wardak Province, Afghanistan in support of Operation Freedom’s Sentinel.

“Jeremy was a Special Forces Soldier whose leadership, service and sacrifice will never be forgotten,” said Gov. Bill Lee. “We are grieving alongside the Griffin family and extend our deepest condolences and prayers as we pause to recognize the ultimate sacrifice of this Tennessee hero.”

RELATED: Green Beret from Tennessee killed in action in Afghanistan

“We know that Sergeant First Class Griffin will be remembered in the hearts and minds of Tennesseans for his bravery and sacrifice,” said Tennessee Department of Veterans Services Commissioner Courtney Rogers. “Our thoughts are with the family and friends of this Tennessean who served his country for over 15 years.”

Griffin was posthumously awarded the Bronze Star Medal and Purple Heart for his service. He will also receive the Fallen Heroes medal from the State of Tennessee.

Lee has declared a day of mourning from sunrise to sunset on Saturday, October 5, 2019 in honor of Sergeant First Class Griffin’s ultimate sacrifice.

Griffin is survived by his wife, Amy, daughter Makayla, son Charles and his parents, Charles and Diana Griffin.