The Department of Human Services found a note saying "this agency is permanently closed" on the day care's doors after opening an investigation. 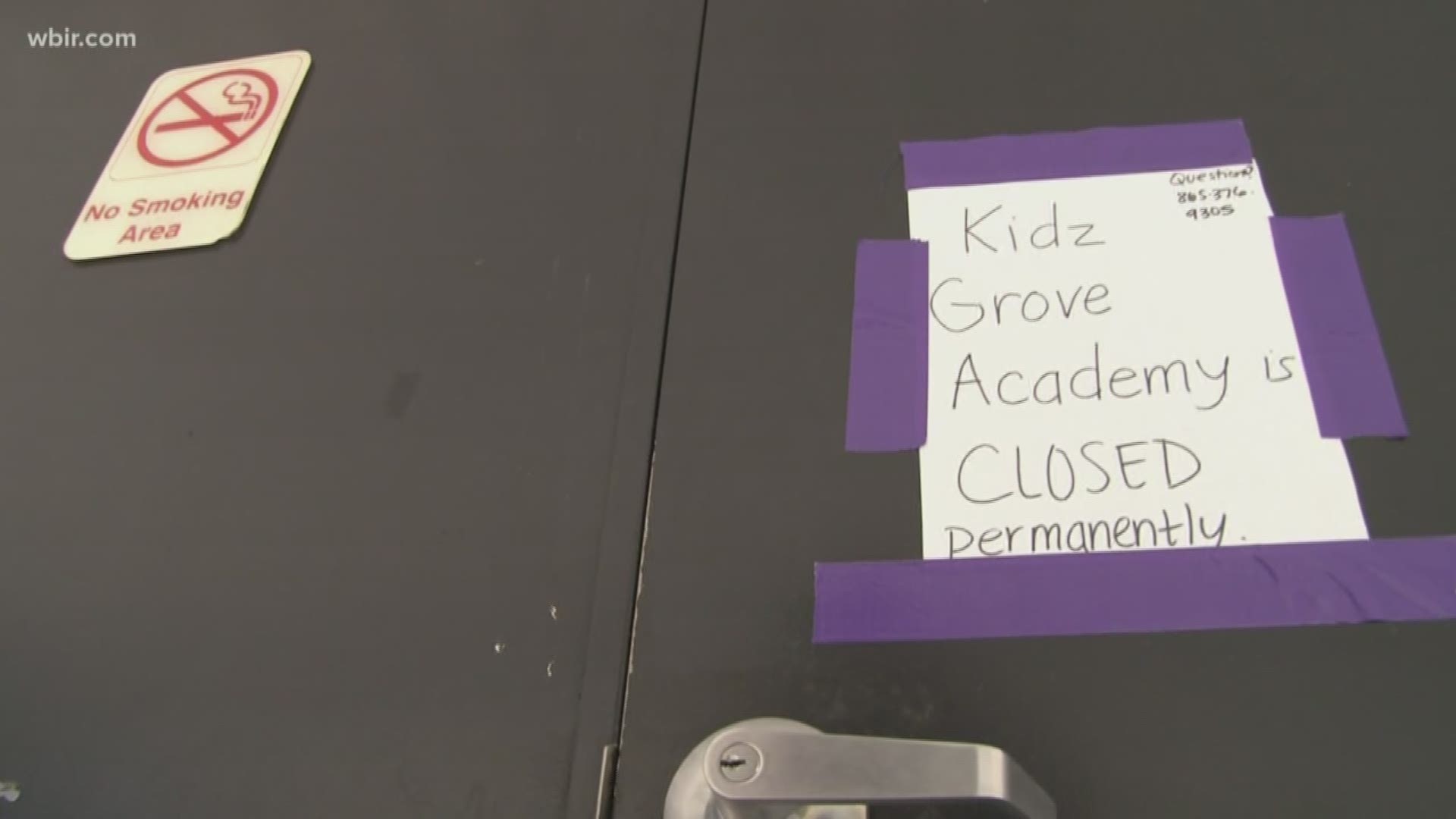 ROANE COUNTY, Tenn. — A Roane County day care is closed after reports were filed that a staff member let a toddler suck on a vaping device.

The day the report was filed, Oct. 31, staff from the Department of Human Services found a note on the door of Kidz Grove day care, a part of The Grove Baptist Church, that said, "this agency is permanently closed."

The first complaint came through the department's child care complaint hotline, which prompted the investigation.

Investigators later obtained a video about the incident, according to Arnold. The Department of Children Services provided it to support the Department of Human Service's investigation. Both departments are still looking into the incident separately.

Roane County Sheriff Chief Deputy Tim Hawn said his department has been notified about the day care and said the investigation just got started so details were limited. He said more information would be released when it's available.

According to Arnold, Kidz Grove Academy had a capacity of 24 children ages 6 weeks to 5 years old.

Outside the communication about this particular incident, Arnold said one other complaint regarding the day care was recorded on March 8, 2019 because the agency's quality assessment score fell below a 3.0.

How to find a day care that cares

There are several tools parents can use to find a caring day care in their area. The Department of Human Services has an interactive map on its website that helps people find licensed day care centers.

With it, parents can learn about how day care centers rank against each other in their area. They can also view incident histories for every day care, to help parents decide whether they can trust the center to care for their children.

It can help them find better day care centers for their children.

RELATED: How to find a top-rated day care for your children in Tennessee

Day care centers licensed by DHS go through several inspections per year. The number of inspections vary based on their ranking within DHS. No matter the ranking, DHS officials can run unannounced investigations into any licensed day care.

All day care centers are required to post their licenses and their report cards from DHS in a spot that parents can easily see. And if parents can't find the license for their day care center, it never hurts to ask to see it.

RELATED: Parent: 'Child care is very expensive and it's a very big issue in our community'

Pediatric Allergist Dr. Karthik Krishnan said at such a young age, vaping is even more damaging to the body than for adults.

"There definitely will be irritation of the airways," Krishnan said. "They can have coughing, shortness of breath, they can have chest pains and then there's also--they can have G.I. symptoms--nausea, diarrhea."

He said their lungs are still developing.

"They're not completely matured yet," Krishnan said. "They're still a little underdeveloped, and then they're going to be really small, so any type of irritation is going to cause a lot more symptoms."

He said parents need to be careful with vaping or smoking around their kids.

"The data is still undetermined as far as whether the secondhand vaping exposure causes the same problems, but in theory it should still be just as bad," Krishnan said.