A federal court denied the request to overturn the death penalty conviction for Christa Gail Pike, the sole woman on Tennessee's death row. 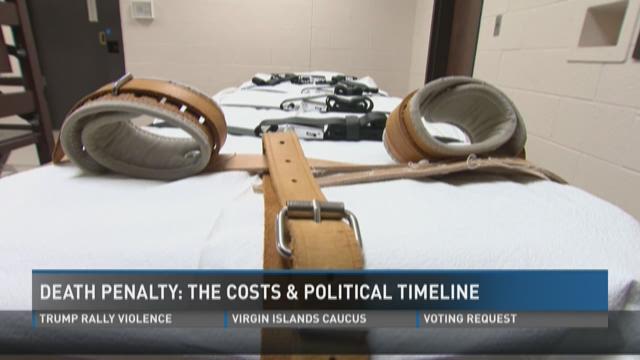 Pike is one of 67 inmates on Tennessee's death row.

The large amount of prisoners is eating up taxpayer dollars.

“It’s costing $600,000 in legal fees before we even get to execution," Sen. Richard Briggs said. "It’s taking not years, but decades before we get to that point, and there’s also some concern about innocent people being executed.”

“By all accounts, it costs anywhere from 10 to 30 times as much to bring somebody from charge to execution as it would be from charge to life in prison," defense attorney Don Bosch added.

Briggs said he supports the death penalty, but the cost of holding death row inmates is only one concern.

The state has not executed a prisoner since 2009, and since then, the execution methods have been changed.

“Previously we used three drugs to execute somebody," Bosch said. "One to put them to sleep, another to essentially paralyze the system, and I believe the third would actually stop the heart."

In November 2013, 10 inmates sued the state over its lethal injection protocol, claiming the state's single drug method could cause extreme pain and lingering death. In August, a judge ruled the one drug injection is constitutional.

"When the drugs stopped being supplied by European manufacturers, it became an issue as to whether one drug was appropriate," he said. "The courts have generally ruled that it is okay to use one drug so long as you can show that it’s not cruel and inhumane in terms of the methodology.”

Bosch also said, within the year, there's a chance prisoners like Pike could avoid the death penalty altogether.

“With the death of Justice Scalia and the possible appointment of a justice who will be more pro-life versus pro-death penalty, there’s a good chance that in a 5 to 4 decision, the Supreme Court again deem the death penalty unconstitutional," he said.