The deer was struck and killed by a vehicle on Emory Road shortly after the incident. 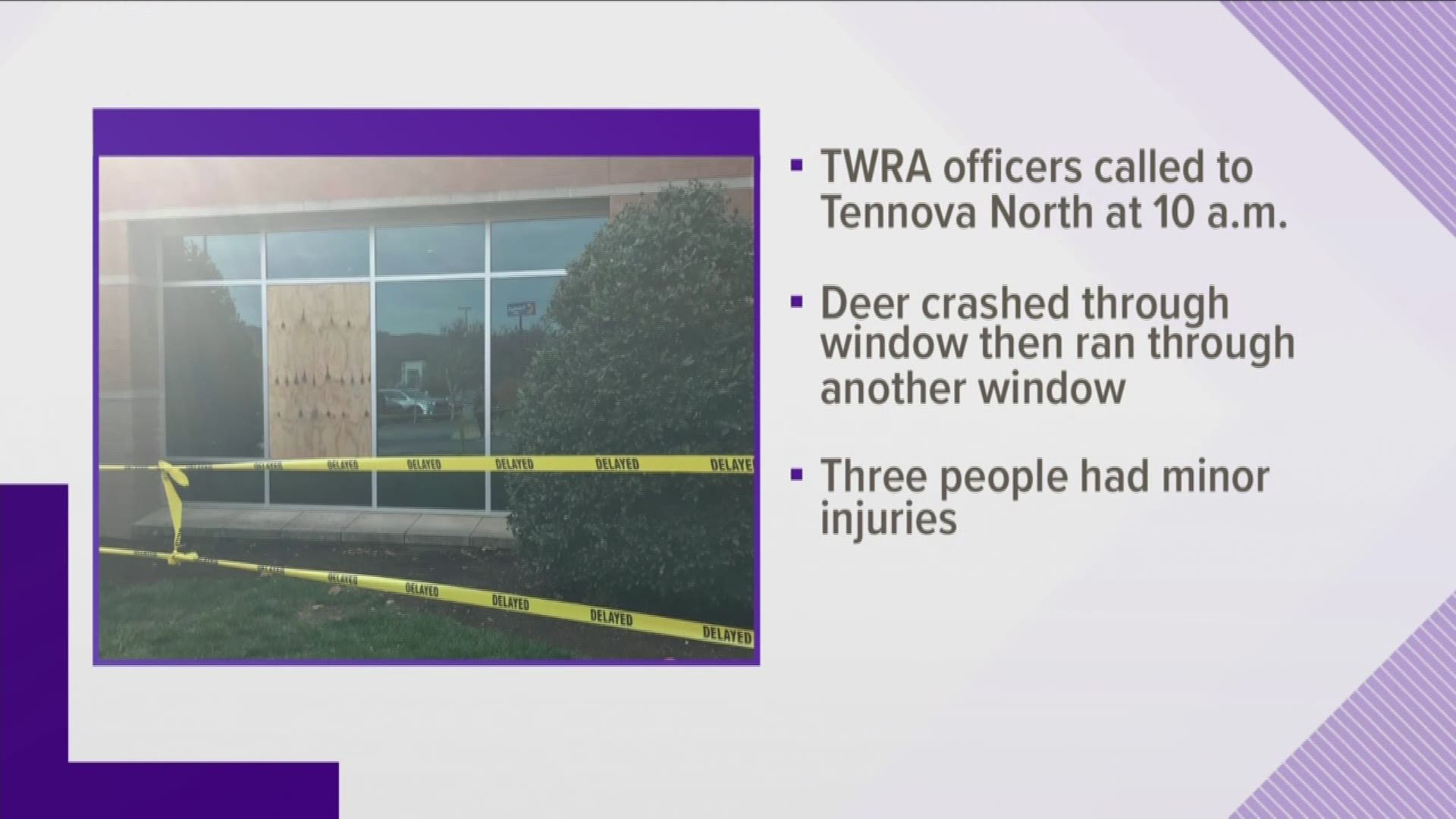 The "unfortunate incident” happened just before 10 a.m. in the waiting room of the outpatient imaging center, according to Tennova spokesperson Ann Metz.

Tennessee Wildlife Resources Agency Wildlife Officer Roy Smith said the deer thrashed around inside before it ran back out through a different window and left the area with injuries.

Three patients had to be evaluated for minor injuries at the emergency room but were released, according to Metz.

“Thanks to quick actions of our staff the area was made safe and animal control was called,” Metz said.

Moments later, it was struck and killed by a vehicle on Emory Road that was coincidentally driven by Officer Smith’s brother, Michael Smith, according to TWRA.

Michael said he made eye contact with the deer and saw it had injuries on its face before he hit it. The deer was given to a third party.

The waiting room was cleaned up and the window was boarded until a replacement can be installed, according to Metz.

TWRA said white-tailed deer are in the breeding season, which is known as the rut. During this time, both male and female deer become very active causing them to cross into urban areas and sometimes ending up in unusual places. When rutting bucks see their reflection in glass or mirrors, they will often ram what they perceive as a potential competitor.

RELATED: November is the top month for deer-related crashes in Tennessee