A group of demonstrators marched through downtown Knoxville, chanting and demanding the release of body camera video from the Austin-East High School shooting. 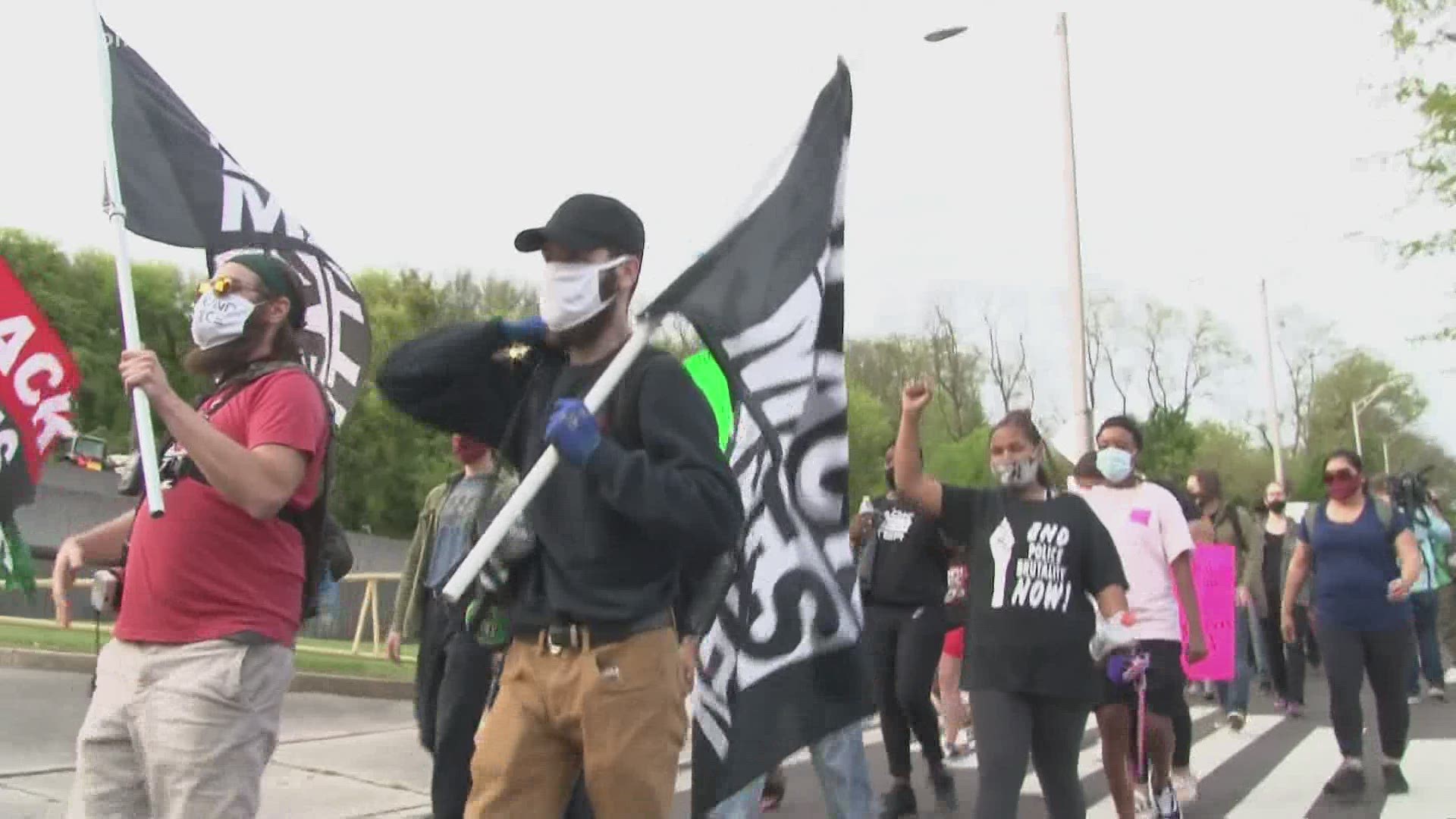 KNOXVILLE, Tenn. — A large group of demonstrators gathered in downtown Knoxville Friday evening, demanding the release of body camera video from Knoxville police after a student at Austin-East Magnet High School died after being shot.

Demonstrators gathered at Knoxville Police Department headquarters Friday afternoon for a rally with several speakers. More than 100 people gathered for the demonstration, holding signs with slogans such as "Justice for Anthony."

17-year-old Anthony Thompson Jr. died in Monday's shooting inside a bathroom at Austin-East High School. The Tennessee Bureau of Investigation released preliminary details of the shooting, saying KPD officers initially responded to reports of an armed person at the school.

When officers located Thompson in the bathroom, the TBI said a struggle happened before the student's handgun was fired and two shots from officers were fired.

An officer was wounded during the response, but the TBI said the preliminary investigation revealed it was not the student's bullet that struck him.

Thompson was the fifth student from Austin-East to die due to gun violence so far this year, but it was the first shooting to take place on school property.

Many demonstrators Friday waved Black Lives Matter flags as they marched through downtown Knoxville toward Market Square. Police blocked some areas as demonstrators made their way through.

Knox County District Attorney General Charme Allen has declined releasing police footage of the shooting until after the criminal investigation is complete, but promised the public would see it once that happens. Allen said she has asked the TBI to make this case its top priority. 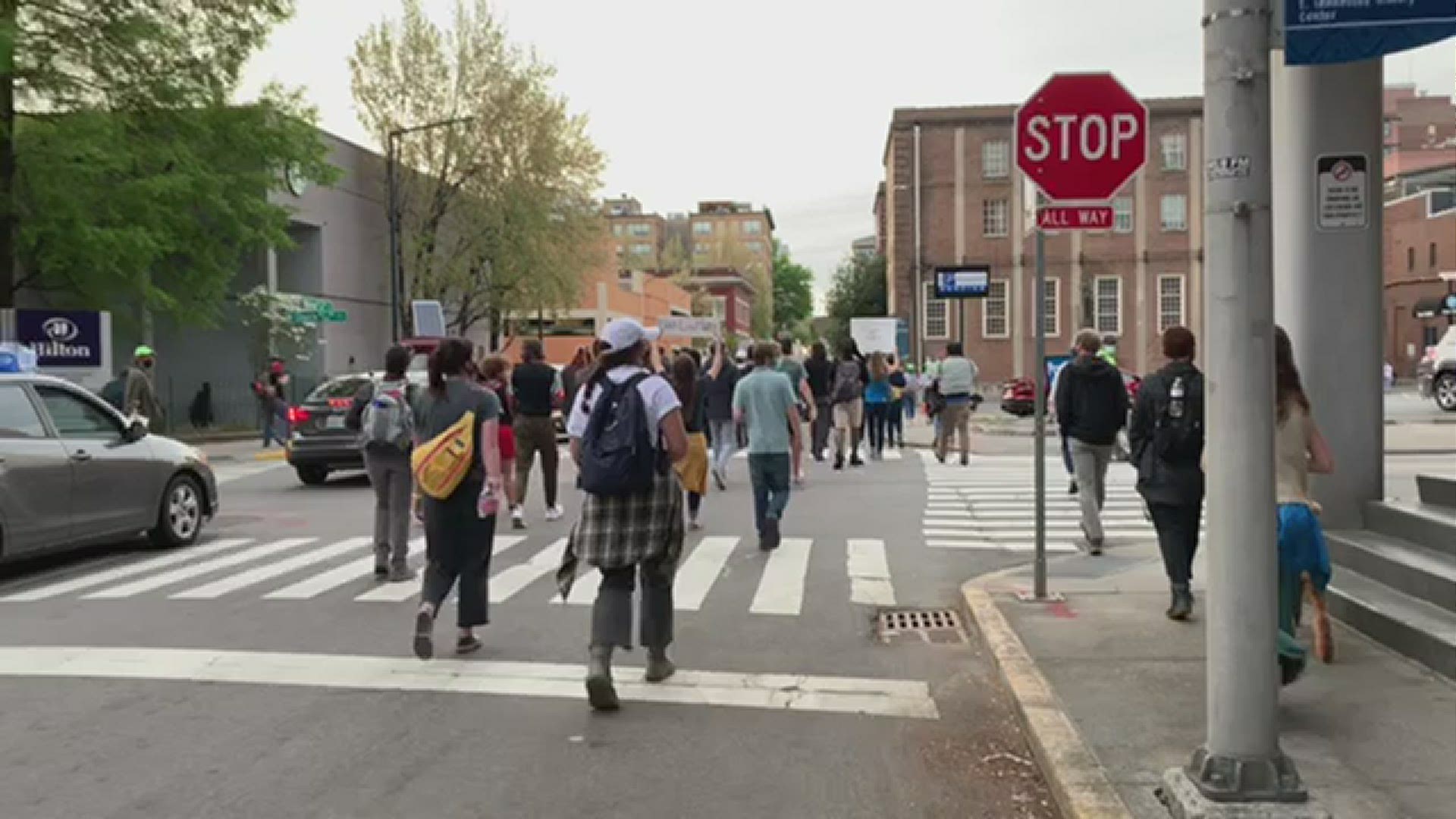