Dentists use alternatives to opioids to fight addiction

A drug called Exparel numbs the area around teeth for up to four days following oral surgery so patients do not have to use prescriptions pain killers. 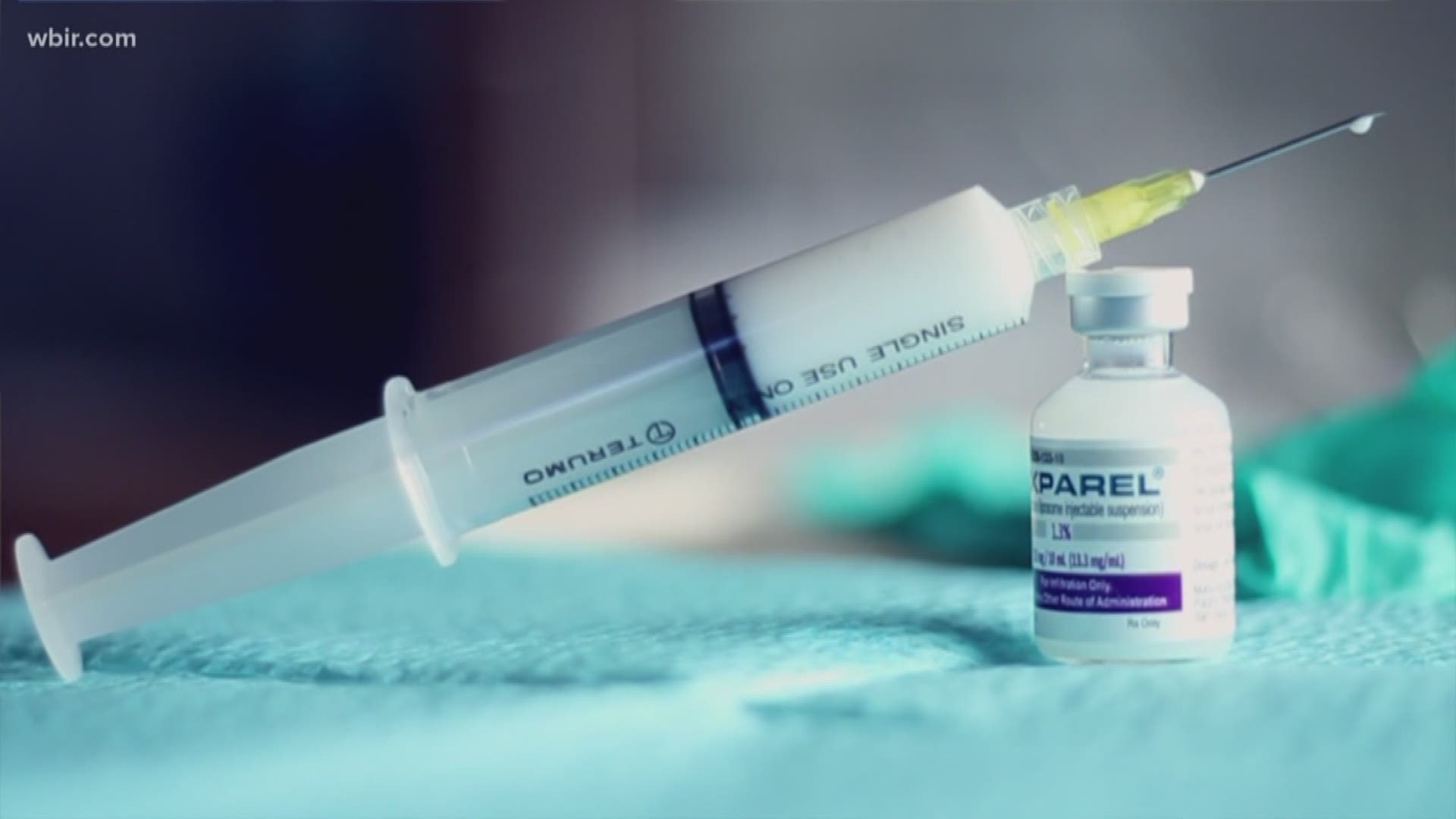 KNOXVILLE — As the opioid epidemic continues to claim lives, experts are looking into the source of the problem here in East Tennessee.

Many say it can start from a routine trip to the dentist.

"Doctors have been blamed for a lot of this," said Dr. Turner Emery, an oral surgeon in Knoxville. "You are exposed to it. Once you are exposed you have the risk of addiction."

Dr. Emery is using a drug called Exparel to fight addiction and put a dent in the opioid epidemic.

Exparel numbs the area around the teeth that have been removed for up to four days following oral surgery. The goal is for patients to not have to take prescription pain killers. Dr. Emery says it works.

"Peak times for pain after removal of wisdom teeth is the second and third day. If you're numb during that, you're trying to obviate the need for narcotics," said Emery. "We've had just a few people where they've had to take a narcotic or two, but in general they're simply taking over the counter medicines."

Dr. Emery has used the drug since November of last year. Since then, only three of the 70 people who have used it, had to take additional prescription medication to help with the pain.

For 15-year-old Elli Kvamme, Exparel allowed her to recover after getting her wisdom teeth removed without taking any opioids.

"It was an injection in each molar and it numbed it for two to three days," said Kvamme. "I didn't have to take prescriptions. I just had to take Advil. It made me feel more like myself and I didn't sleep a lot during the day."

The drug not only took care of the pain, but took away the fear of addiction for Elli's mother.

"She was just taking over the counter Ibuprofen and kept saying she felt normal," said Audrey Kvamme. "The idea of not needing to take a narcotic, and the side effects that go with that and the potential of side effects down the road, I thought that was a great idea to try."

At the Metro Drug Coalition, the warning to keep kids away from opioids is a warning that could help curb addiction for years to come.

"A prescription pill can be as deadly as a loaded gun to someone if it gets in the wrong hands," said Deborah Crouse with MDC. "A lot of adolescents are typically first prescribed an opioid during a surgery or wisdom teeth, a sports injury."

Right now, not all insurance companies cover the drug. It costs about $200, which Dr. Emery says can be a limiting factor for some patients.

"The limitations are that we've got some insurance companies that are a little hesitant to cover it," said Emery. "It works really, really well and we've had some good results with it."