TWRA: No sign of bear found at scene of dead Campbell County man

Deputies were dispatched Tuesday night to a home in the area for a welfare check, discovering a body. The TWRA said a bear was found likely scavenging the remains. 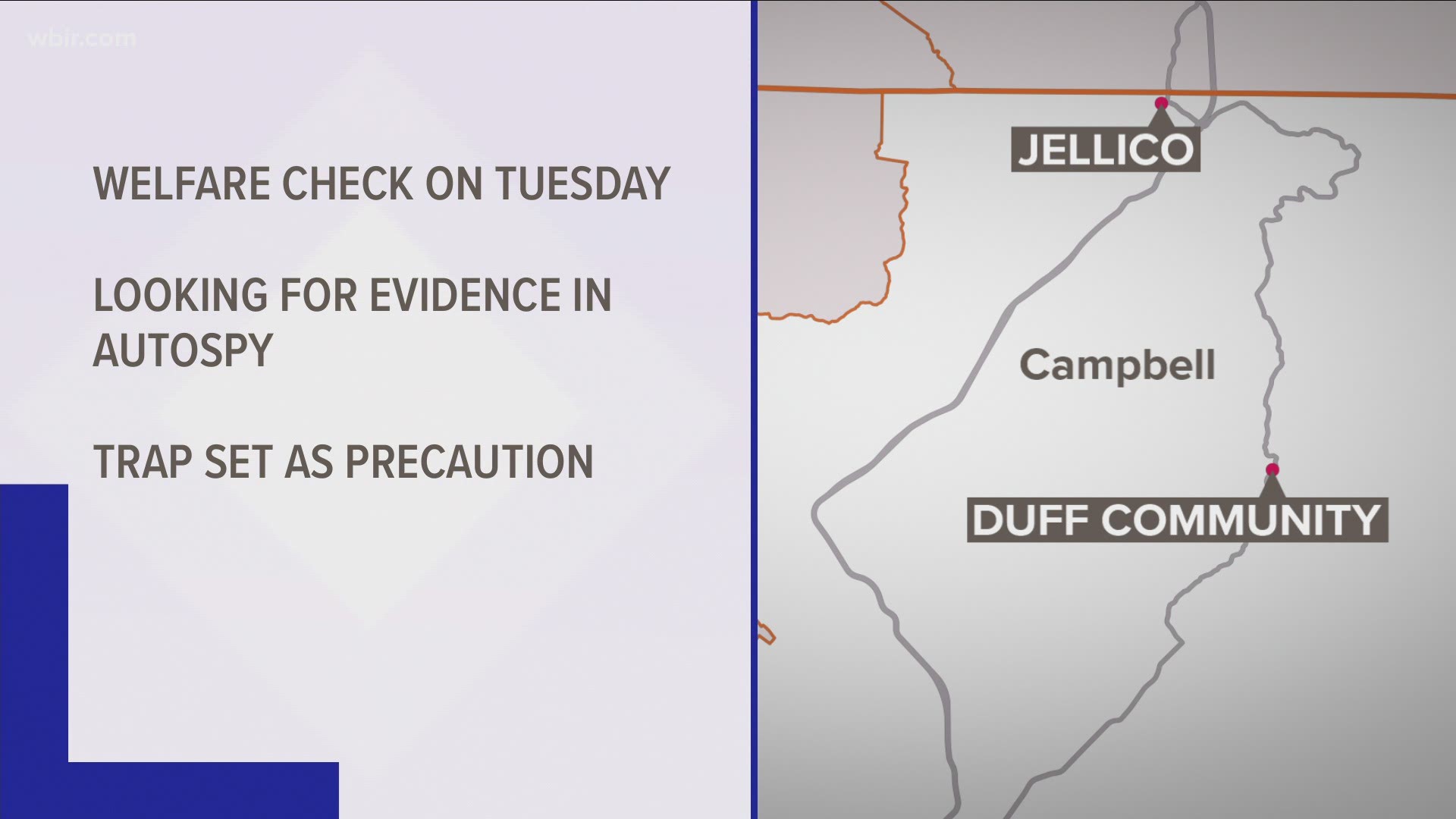 CAMPBELL COUNTY, Tenn. — (UPDATE Oct. 1): Officials with the Tennessee Wildlife Resources Agency said that they searched the area and did not find any signs of a black bear around where a Campbell County man was found dead.

Wildlife officers said it's likely that multiple animals had scavenged the citim's remains, but there is no indication that a black bear had been in the area.

Officers said they will also look for evidence of a black bear on victim's remains during an autopsy. Officers also said they do not believe the victim was killed by a black bear.

However, officials said that a trap had been set as a precautionary measure.

The incident is still being investigated by the TWRA, TBI and CCSO.

The Campbell County Sheriff's Office said it is investigating after deputies found a bear eating human remains during a welfare check.

The CCSO, Tennessee Bureau of Investigation and Tennessee Wildlife Resources Agency are working together to investigate after the discovery.

Deputies were dispatched Tuesday night to a home in the area for a welfare check, discovering a body.

The TWRA said the discovery came just before midnight in the Duff community between Jellico and LaFollette. Deputies told the TWRA they found a bear near the body in a wooded area behind the home. The TWRA said it appeared the bear had scavenged the body.

Wildlife officers set up a bear trap Wednesday morning in the area. The victim's body was taken in for an autopsy.

The CCSO said a report had been filed three weeks ago for a missing person in that area.

"The death is under investigation and the Campbell County Sheriff’s Office will continue to assist the TBI during the investigative process. If more information becomes available, we will make an additional release," Sheriff Robbie Goins said.