JCSO says both people are alive and well and two first responders suffered injuries while rescuing. 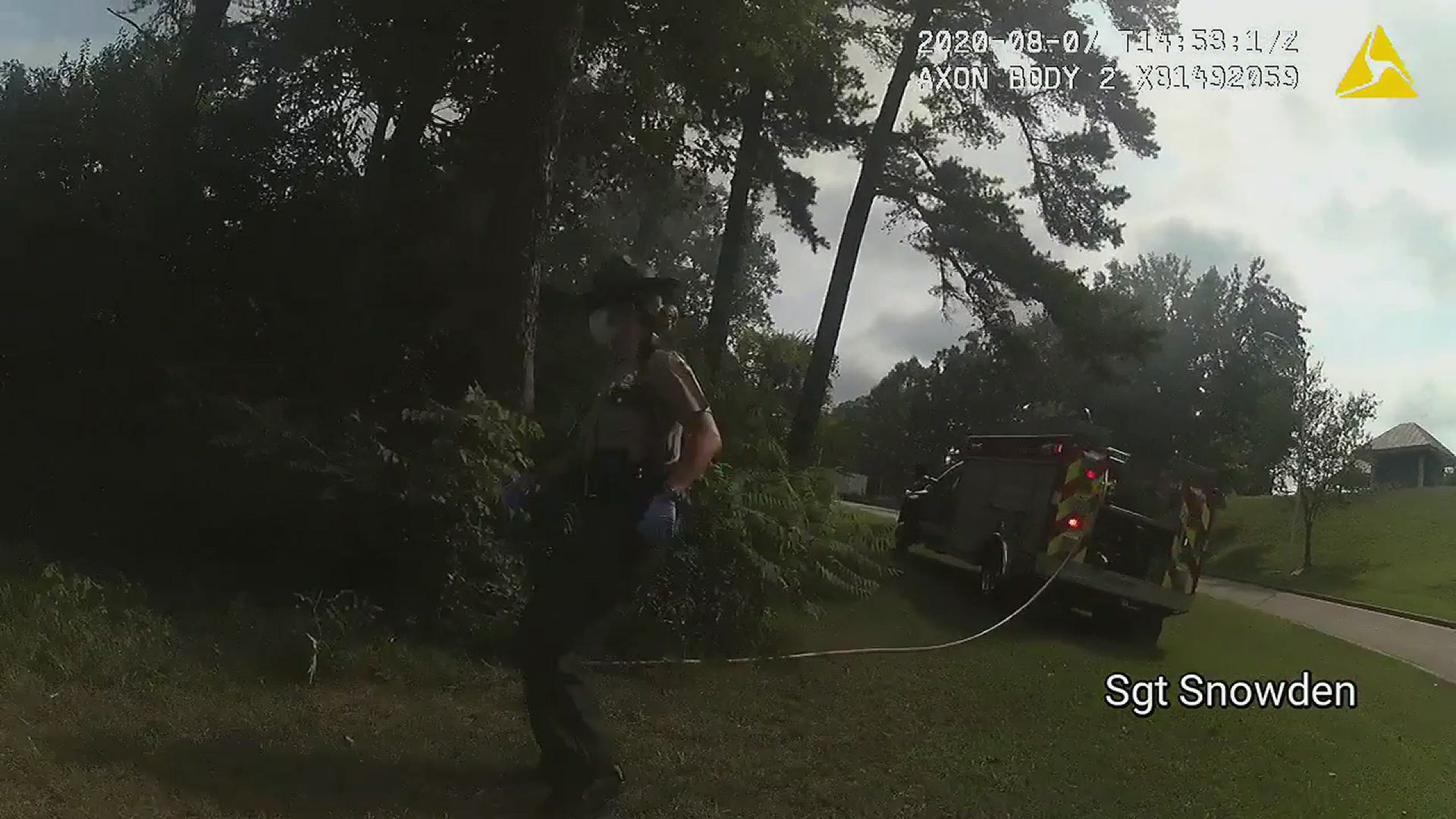 JCSO posted the above video on its Facebook saying it is a reminder of the daily struggles deputies face when responding to emergencies.

The single-vehicle crash happened at the rest area near mile marker 419 on I-40.

Deputies say they saw smoke coming from woods near by when they arrived, and rushed quickly towards the fire.

Once there, the deputies found 2 people inside a car that hit a tree and caught on fire.

The passenger, Breanna Dover, 27, was easily removed from the car, but the drive, Samantha Maddry, 27, couldn't be removed as easily.

Deputies, assisted by the Tennessee Highway Patrol and the Jefferson County Rescue Squad, used the "jaws of life" to remove the roof of the car and gain access to the driver.

The video ends as access to the car was gained, but according to the sheriff's office, the driver was safely removed.

Both the driver and passenger were taken to UT Medical Center in Knoxville for treatment, and both are expected to survive.

JCSO says another thing the video doesn't show: a deputy and trooper being stung by yellow jackets whose nest was disturbed by the car.

The Facebook post says a JCSO Deputy was stung 21 times, while a trooper was stung a few times as well while removing the driver from the car.

Both first responders were treated on scene and returned to work after, according to JCSO.

According to a report from THP, Diver was not wearing her seat belt while Maddry was.

Maddry is charged with driving on a suspended license, failure to provide insuarance and due care.