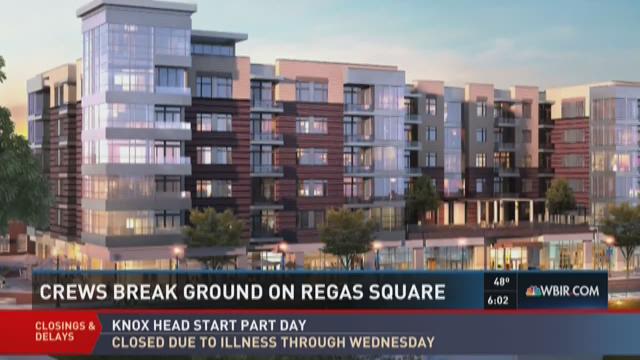 Developers held an official groundbreaking Monday for a new addition to the Knoxville skyline.

It is being built near the historic Regas Building at 315 W. Depot Ave.

Joe Petre with Conversion Properties said they hope the building will serve as a connector between the Old City and Downtown North.

"We think that's really significant. I think in three-to-five years you'll see this area really change. It'll be a new center of development. You'll have Market Square and then Regas Square," Petre said.

Thirty-five of the apartments have sold so far. Regas Square is set to open in August 2018.