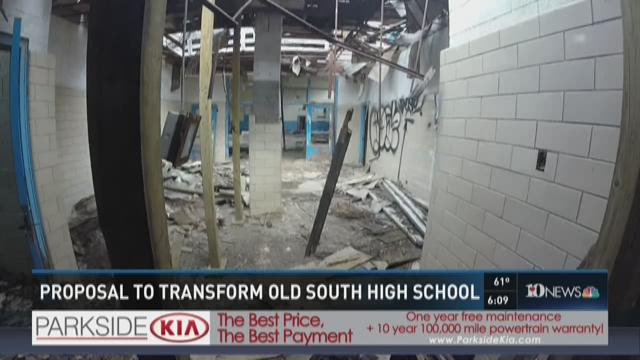 The building opened as South Knoxville Junior High in 1937, and has been vacant since 1991.

Inside the old Knoxville South High School. Dover Development plans to turn the building into a senior living facility.

The city gained the property in 2015 with the intent to renovate it. The city issued a request for proposals for the building in August, and Dover Development was the only respondent.

“It's a large project for us,” developer Rick Dover said. “It's almost $9 million in capital investment, but what we've found over the years is that in communities where a school has been such an integral part of life and energy of the neighborhood and then it goes dark for a number of years, if we do a good job, folks tend to be inclined to come and support something like this if it's done well.”

The proposal goes before the city council next Tuesday.