As the $75 million stadium project moves ahead, developers are closing in on the surrounding areas. 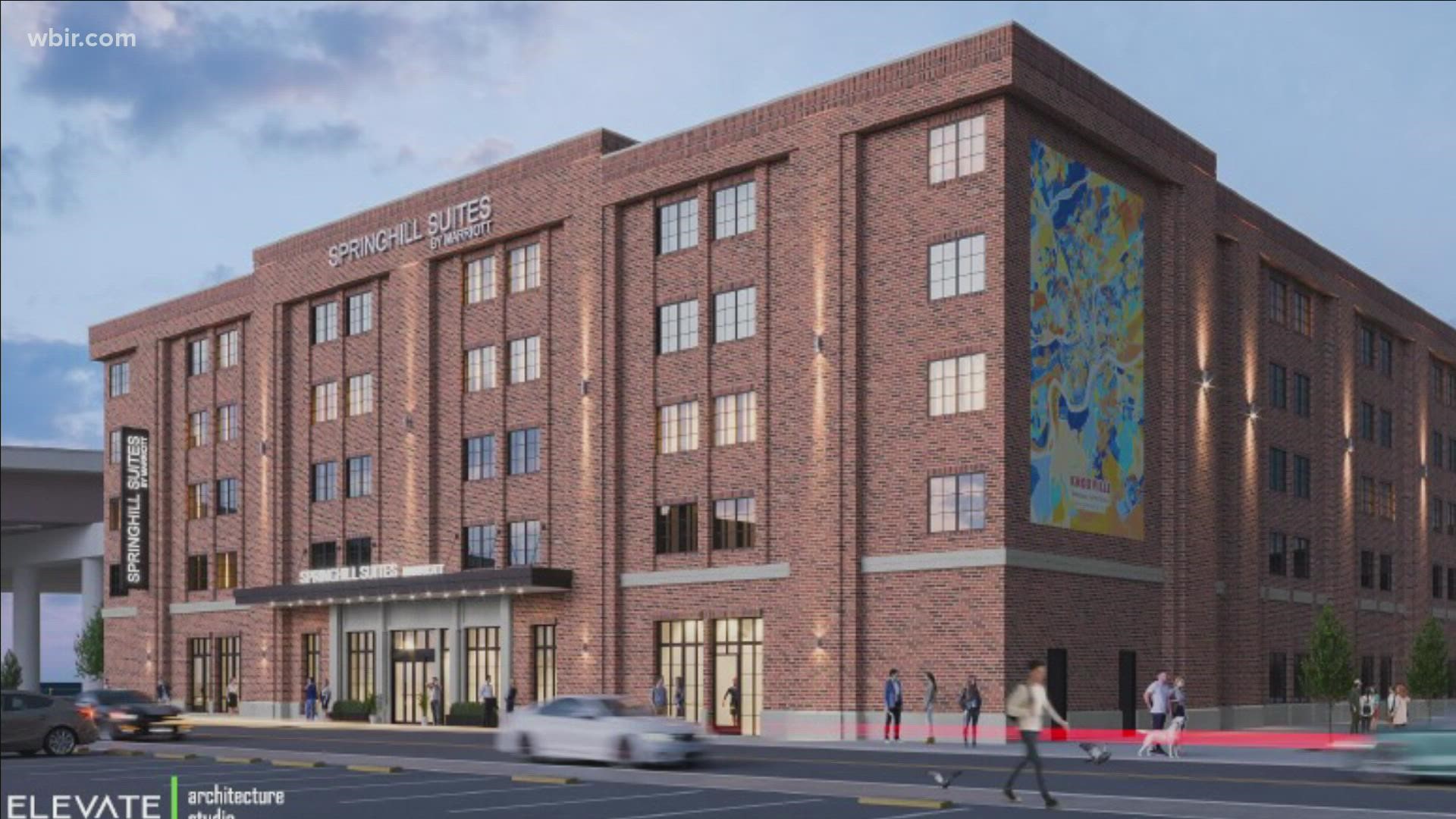 KNOXVILLE, Tenn. — UPDATE TUESDAY: Knoxville hotelier Nick Patel confirmed Tuesday as expected his interest in building a hotel in the Old City if the proposed stadium project is built.

A release states he'd build a 127-room SpringHill Suites by Marriott at the site on Jackson Avenue just below the James White Parkway.

Patel began acquiring related parcels more than a year ago east of Barley's and the planned Hatcher-Hill development on Jackson, records show.

WBIR has previously reported on the acquisition and his interest in a hotel there.

Other developers have been acquiring nearby land in anticipation of the multi-use stadium and entrepreneur Randy Boyd's plans for some $142 million in development around it.

The current estimated cost for the stadium, between Jackson and Willow Avenue, is about $75 million.

As currently envisioned, the Old City hotel would be five stories with an estimated cost of $22 million, according to Tuesday's announcement.

It's meant to have an "upscale, historic" feel that complements the brick architecture of the Old City.

Patel said he also intends to match the feel of the proposed stadium, which would open in 2024 under current plans.

The hotel footprint calls for construction on a half-acre lot next to Barley's with an acre across the street for parking.

Patel, through his TCH Knoxville LLC, owns seven hotels in Knox and Sevier counties. His company Old City Ventures would develop the SpringHill Suites by Marriott project near the ballpark.

He is an East Tennessee native and a graduate of the University of Tennessee.

"Like my local mentors, David Dewhirst, Mark Heinz and Tim Hill, who laid a lot of groundwork towards Knoxville’s growth, I am thrilled to be a part of our city’s continued success,” a quote from Patel in Tuesday's release states.

PREVIOUS STORY: The new stadium project is catching steam in the Old City and 10News reviewed property records that showed six land purchases in the area since March.

A meatpacking plant sat on the proposed site for the stadium, leaving the surrounding areas empty for decades.

"This has been an area that's been overlooked for over a century," said Randy Boyd, entrepreneur and owner of the Smokies. "Nobody lives in the area."

Hill said he believes TCH will build a hotel on the land. TCH Knoxville LLC did not respond to multiple requests for comment for this story.

Boyd also purchased land on E Jackson and Willow avenues as part of his pledge to bring $100 million in private development, to be built alongside the stadium project.

Hill, also a member of the Sports Authority Board, has toured multiple downtown stadiums around the country. Hill said he expects this multi-use stadium to bring $500 million in investment to the Old City.

Boyd said he is not concerned about gentrification, because people do not live in the areas surrounding the proposed stadium site.