A Corryton man is opening his property to the public for the second year in a row so he can share his synchronous firefly view. 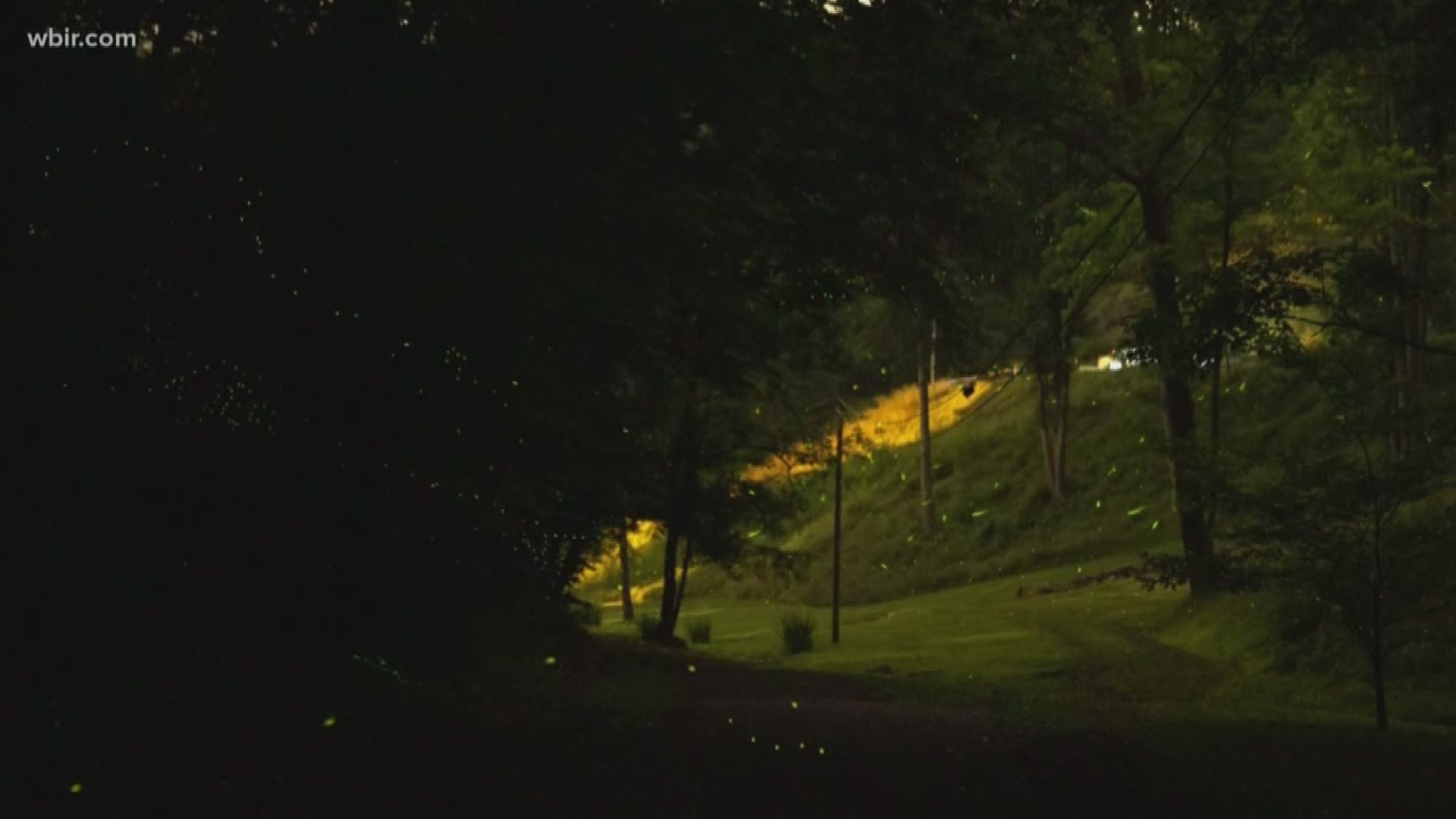 CORRYTON, Tenn. — Didn't win tickets to the firefly lottery in the Smokies this year? No need to worry! A piece of land not too far from Knoxville serves as the perfect alternative for watching a synchronous show.

During the day in May, you can't see much at Molly Branch Fireflies in Corryton. But when the lights go out in June, there are thousands of little lights blinking together wherever you look.

Kenneth Bennett, the owner of the firefly business, says the glow of his woods easily rivals the Smokies synchronous firefly show.

"This is another viewing that is somewhat different," Bennett said

Not only are the type of blinking bugs different, but the atmosphere is too.

"It's not limited to just the fireflies," Bennett said. "It's nature at its whole. It's more quiet. It's not as commercial."

This year, as Bennett was doing prep work and getting ready to open up the business, mother nature decided to bring in more water and more struggles than normal.

The rain and water, like a lot of other places in East Tennessee, caused a lot of issues as Bennett was getting ready to open up Molly Branch.

The grounds had flood damage, like washed out roads and downed trees; however, Bennett knew what to do to remedy the situation.

"We had a lot of flood damage this year and part of the damage was when part of the water would come through here, it would wash out this corner some and so we decided to rectify it by putting these big rocks in," Bennett said as he motioned to a wall built from quarry stone along the river on the property.

Bennett also laid new gravel and spruced up the area. So with a new wall and new gravel paving the way, the serenity sets in while Bennett waits for the bugs to wake up.

"If you come here thinking it will be a relaxing evening, you won't be disappointed," Bennett said. "You can lay here and listen to the birds, the creek."

Bennett said the plan right now is to open Molly Branch June 10. He says there is no sure fire way of knowing when the blinking beetles will be out and about, so adjustments will be made on the business website if the bugs are delayed.

Tickets to Molly Branch are $10. There is live music and a conversation about synchronous fireflies before the lightning bug display starts around 9:30 p.m.

Bennett says visitors are able to park in a nearby field and make an easy walk to the site. For people requiring assistance, Bennett uses a golf cart to transport those who may have trouble walking.

Visitors are allowed to bring chairs, coolers and a snack, but no pets are permitted.