From Netflix to PBS documentaries to NBC specials, Dolly Parton is seemingly everywhere you turn. Her biggest fans believe she deserves the national spotlight. 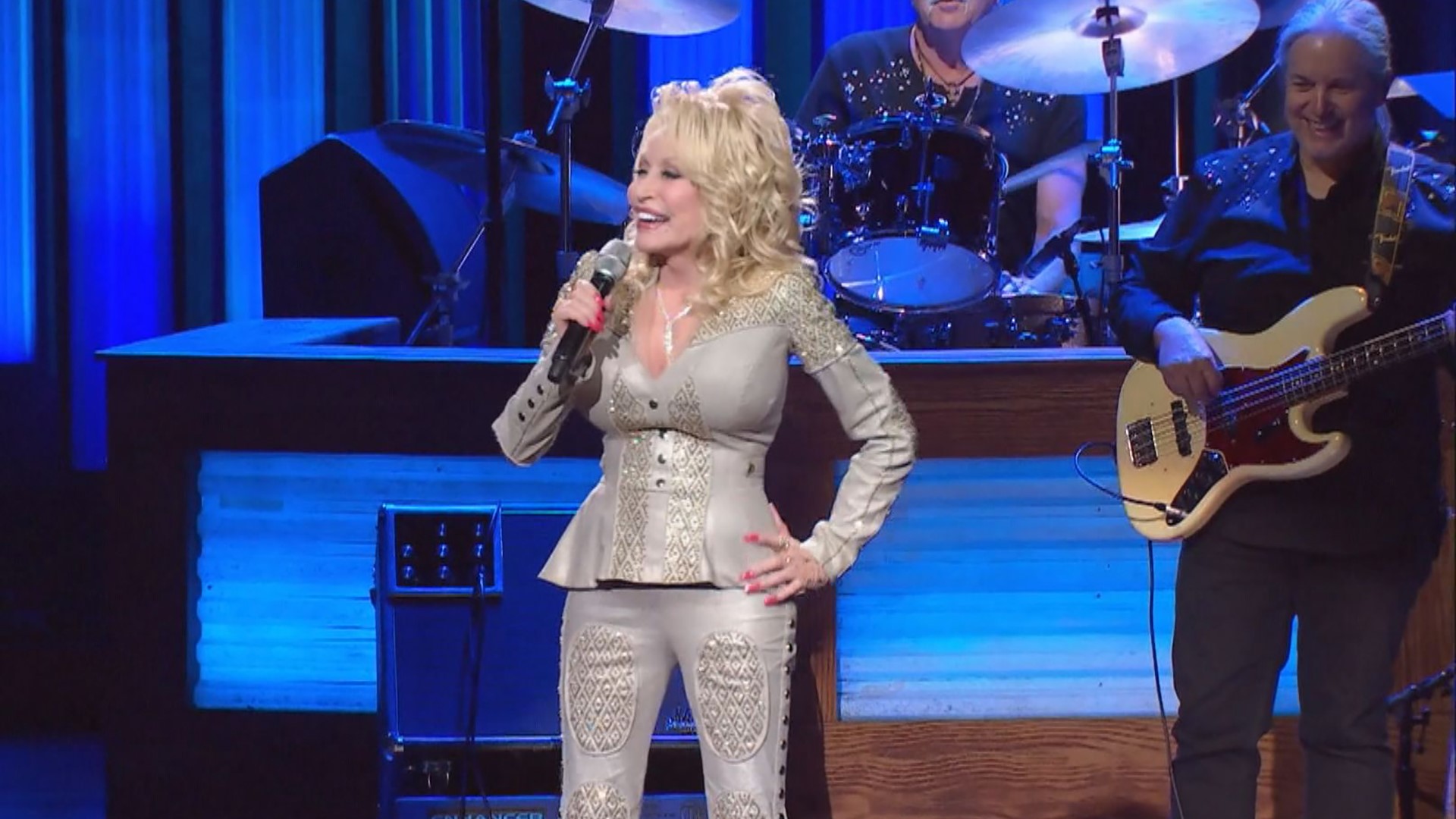 Parton's new series "Heartstrings" premiered Friday on Netflix. The series features eight episodes with story lines based on some of Parton's greatest songs.

The Netflix series is just one of many projects to put Dolly back in the national spotlight. Parton was featured heavily in the Country Music documentary by Ken Burns on PBS. She hosted the CMA Awards. This Tuesday, NBC airs a two-hour special concert celebrating Parton's 50 years at the Grand Ole Opry.

"With all the projects and all the touring she's doing, she's just all over the place," said Harrell Gabehart, a private collector of Parton memorabilia.

Seeing Dolly everywhere you turn is nothing new for Gabehart and Patric Parkey.  The couple own what is considered the largest private collection of Parton memorabilia.

Credit: WBIR
Harrell Gabehart and Patric Parkey show one of the latest Dolly Parton outfits added to their extensive collection of memorabilia.

Every room in their 2,400 square foot home is covered with Dolly Parton collectibles.

"It's three floors, wall-to-wall, and we still have stuff in boxes," said Parkey. "We don't take it out of the box because, well, you see the walls. Where else can you put another picture?"

Parkey started the collection 30 years ago.  It grew to such a large and rare collection, Parton had to see it for herself.

"We showed her all the dolls we have and the porcelain doll Harrell made of her with such detailed bead-work on the dress. She was so fascinated by it, she autographed the leg," said Parkey.

Custom-measured mannequins and a Dolly neon sign greet you in the guest bedroom.

Now the superfans will spend even more money to support their Dolly hobby.

"We don't have Netflix. Until today. That's going to be another monthly charge, just for Dolly," said Parkey.

The couple said their passion for Parton never wanes because Dolly never quits.

"She always reinvents herself.  If it starts to die down, she's going to figure out a way to be back on top. She'll always be on top," said Parkey.

"I mean, she's 73 years old and she's still going strong," said Gabehart. "She won't slow down. What else can the woman do?"

Parkey and Gabehart said there's plenty of room on the Dolly Parton bandwagon. They hope her latest time in the spotlight creates a new generation of fans who appreciate the substance beneath the overwhelming style.

"They need to learn what she's all about and not just what she looks like. She's genuine. She's all about giving back and loving people for who they are," said Gabehart.

"People who don't know Dolly, just listen to the songs. Listen to the words. She has a message in every one of her songs," said Parkey.

You can watch Dolly Parton celebrate her 50th year as a member of the Grand Ole Opry on WBIR this Tuesday, Nov. 26, at 9:00 p.m.

The special will include new interviews, guest appearances from other country music stars and performances of your favorite Dolly hits.