The $37 million project spreads across five acres, and should open in May. 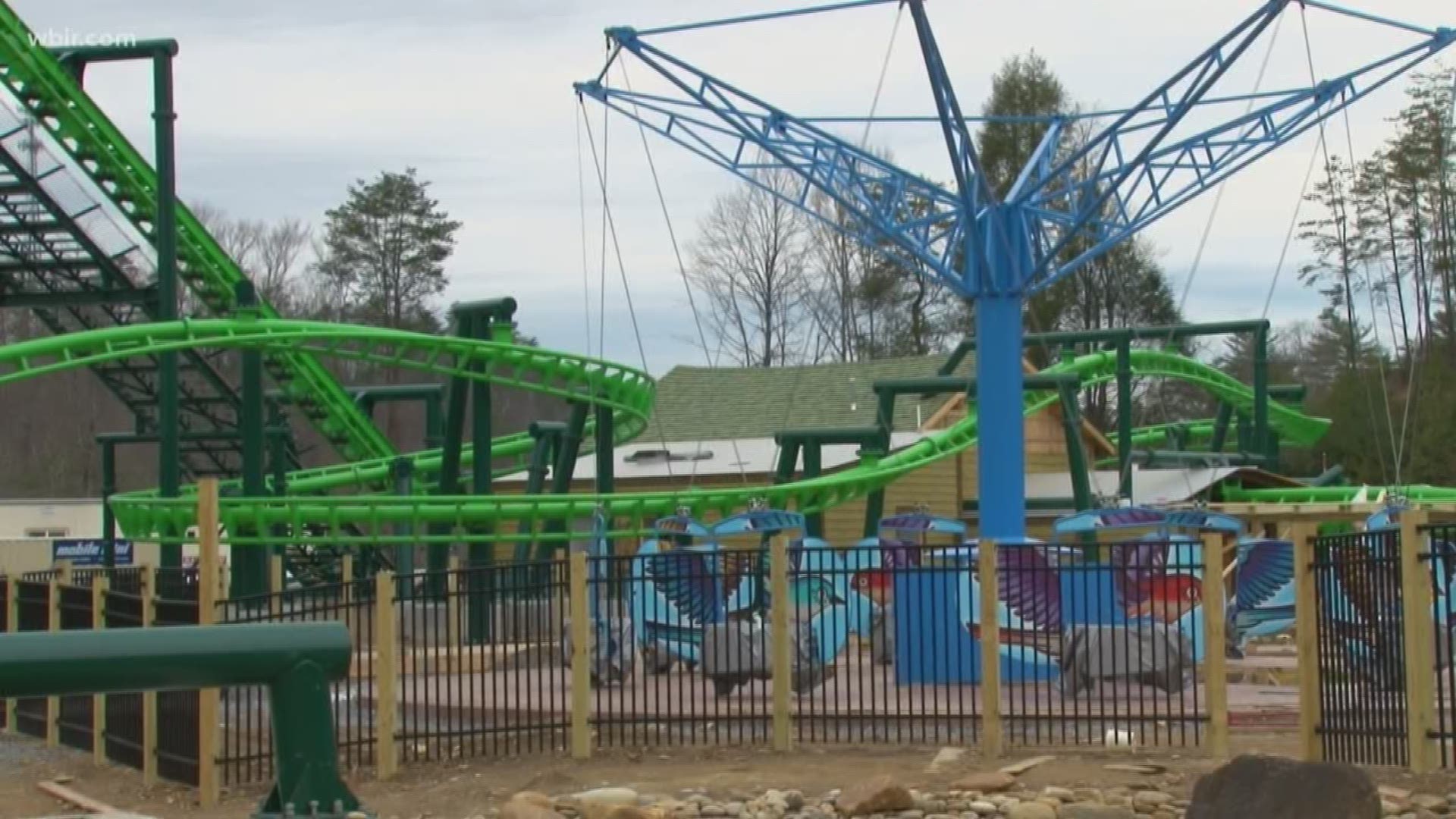 The project includes many new attractions aimed at family adventure.

The vision's still under construction, but Art Director Patrick Brennan already sees it all in his imagination.

"The land is a complement to the needs of the guests," Brennan said.

He's hoping your imagination will take off at Dollywood's newest expansion.

"That's what we tried to do, create this feeling," Brennan said. "Everything was intentional."

Families can follow the main character Rebecca as she discovers new adventures, with rides like Dragonflier, and the main draw--the Wildwood Tree.

RELATED: 'Rock the Smokies' returning to Dollywood in August

The tree will be nearly 50 feet tall, with a canopy stretching over the park.

VP of Marketing and PR for the park, Pete Owens, says designers captured a picture of everything East Tennessee--down to the last detail.

He says Wildwood Grove will adjust with the seasons, using technology like LED-lit butterfly lights at night.

"With their help and the help of other lighting and music, and storytelling, we are going to be able to tell some Smoky Mountain stories," Owens said. "One, about Rebecca and about the land, and how it all came to be."

It gives the park yet another way to channel Dolly herself.

"We're about bringing families closer together and trying to create experiences that tie families together, and certainly this area is going to be a great part of that," Owens said.

Brennan says he's excited to give families a great, new experience they haven't had, even if they haven't been to Dollywood before.

It plans to open in May.