The petition is already on its way to 200 signatures, and Smith said he would bring it to a city council meeting if it hits 1,000. 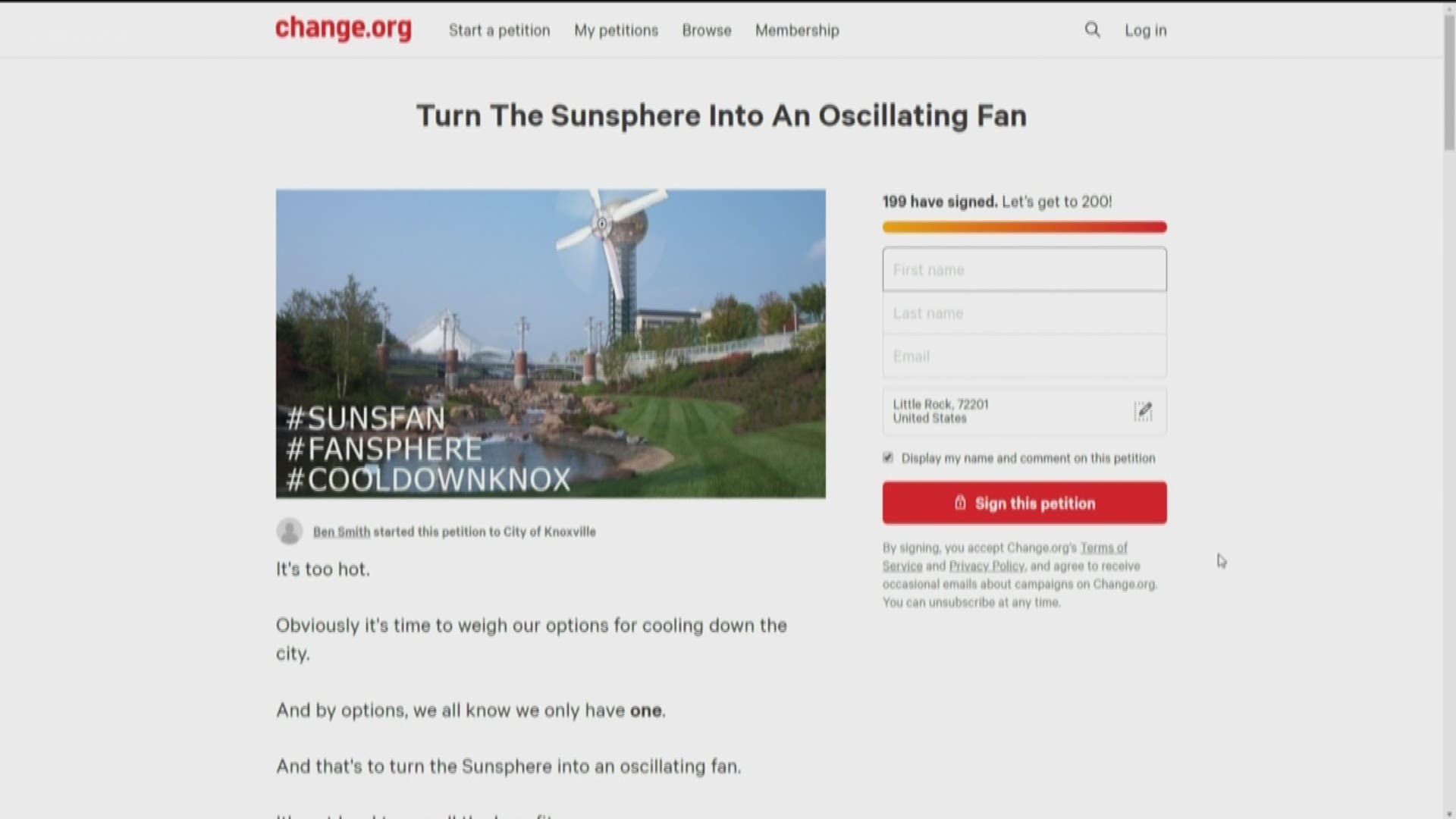 KNOXVILLE, Tenn — Is the summer heat keeping you from enjoying all the fun of Downtown Knoxville?

Well, never fear, one Knoxville man has a solution: turn the Sunsphere into a giant oscillating fan.

Ben Smith, a 27-year-old concert event manager, started the petition to the City of Knoxville on change.org three years ago.

"I mostly wanted to have a laugh, but it was also really hot," Smith said. "Logistically, it is a large tower object with a base and it's in a good central location."

It started getting traction again this summer when Smith revived it on July 9 and tweeted it out again.

The petition is already on its way to 200 signatures, and Smith said he would bring it to a city council meeting if it hits 1,000. (If it gets to 10,000, he said he will run for mayor on this platform.)

Smith wrote the pros of this endeavor would be:

The only con? The fan blades might kill some birds. Don't worry, though. Smith has a solution, respectful funerals for the avian casualties.

Wait, wouldn't this be too expensive to pull off?

Smith said branding the fan blades would offset the cost and unveiling it during the new World's Fair would make Knoxville a popular summer tourist destination.

"I feel like this is the next social and technological movement, turning giant structures into giant appliances," Smith said.

This is not the only campaign Smith is working on. He also has a petition to turn the Urban Outfitters near Market Square into an Applebee's and a campaign to allow Pikachu to drink beer since the Pokémon franchise is over 21 now.

RELATED: Here's how you could save hundreds at the gas pump this summer