George Floyd died in police custody one week ago as of Monday, June 1. But protesters also honored the names of Breonna Taylor, Ahmaud Arbery and countless others. 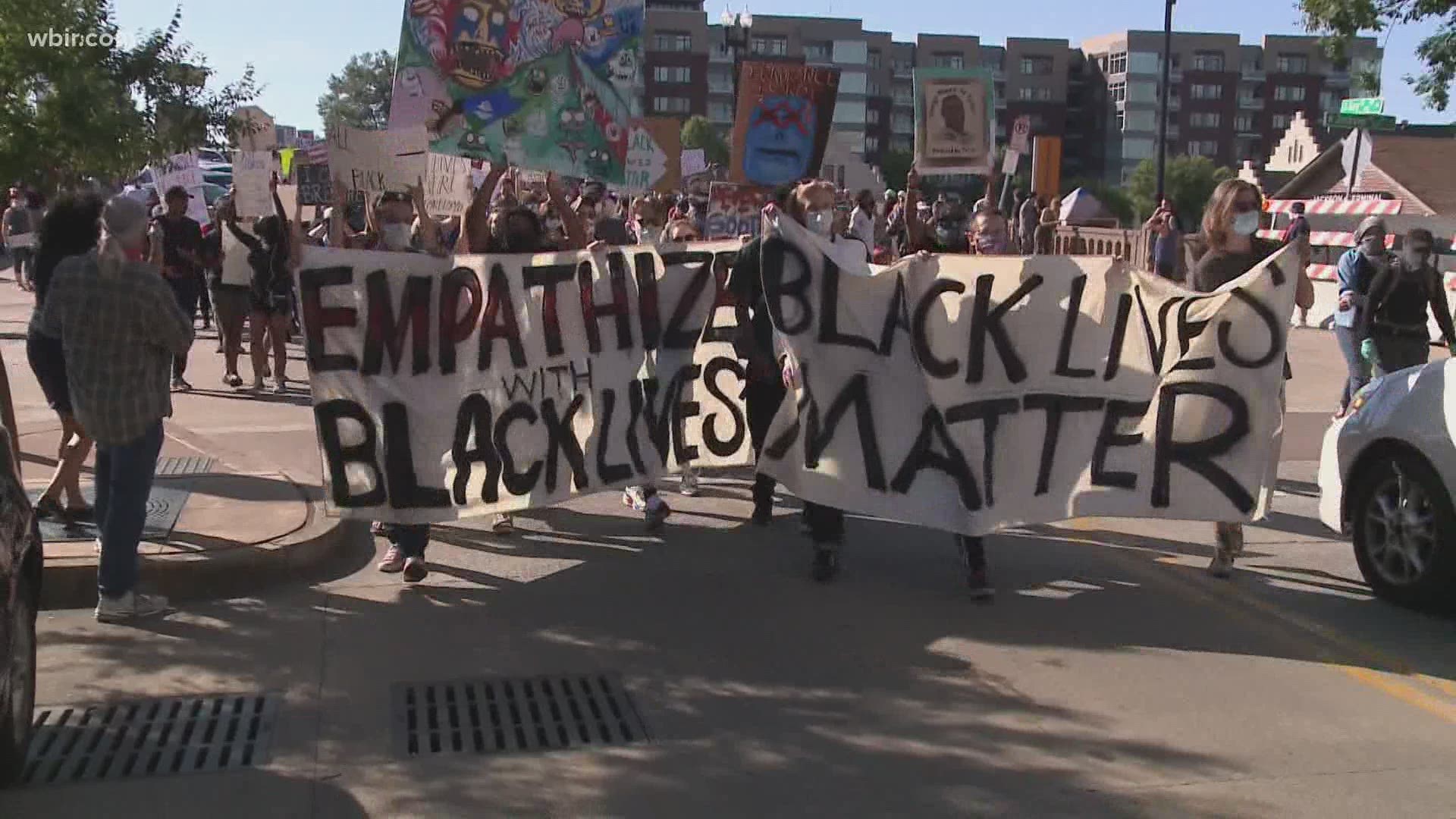 Organizers said it's a peaceful demonstration after the death of George Floyd one week ago today.

The four officers involved were fired, and the one seen on Floyd's neck is charged with third-degree murder.

People wearing masks and holding signs kneeled in the grass in silence as one member of the group sang "Amazing Grace."

The protesters made their way down Gay Street chanting "Say his name," "George Floyd" and "Breonna Taylor."

Organizers shared their stories and asked for change.

Hundreds of peaceful protesters finished marching down Gay Street around 6:30 p.m. Some are still chanting “Say His Name” and “Black Lives Matter," and people are honking to their chants.