Dozens of teachers sign up for free handgun carry classes

While guns are not allowed in schools, the teachers who have signed up want to be prepared in case a law ever passes allowing them to be armed. 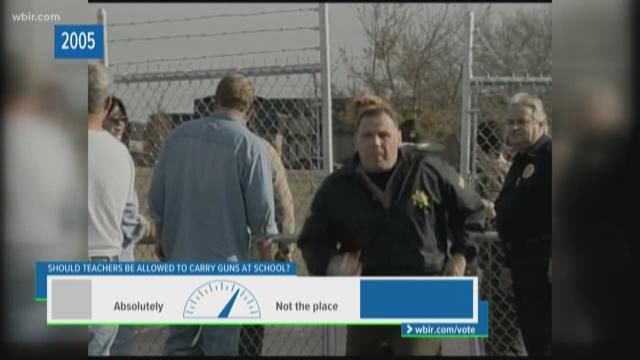 Most people don't usually spend their weekends in a classroom, but on Saturday, the classroom was the gun range, and the teachers were the ones learning.

"The students are our number one priority, and we need to make sure we are able to provide for them anything they need while they are on school grounds," Corinna Vandergriff, a 6th grade teacher, said. "Schools need to be protected. We need to protect our children from anything that could possibly happen."

Since S.E.T. Guns and Range in Oak Ridge began offering free classes for teachers, dozens have reached out, interested in taking them up on the offer. The classes are booked until April.

While guns are not allowed in schools, the teachers who have signed up want to be prepared in case a law ever passes allowing them to be armed.

"It’s definitely scary that that’s even a thought that we have to consider but we have to be prepared for anything that the future might hold," Vandergriff said. "I want to do it, so I can better protect myself and my students."

For Vandergriff, it's a perspective she gained when the types of stories she was used to seeing on the news became her reality.

In 2005, she was a student at Campbell County High School when 14-year-old Kenneth Bartley shot and killed an administrator and wounded the principal and vice principal.

"I remember it was the end of school when the principal came over the intercom saying that we were on lockdown," Vandergriff said. "It made the possibility of an active shooter in school more realistic because it happened to me."