Minutes into a drive, a Knoxville couple's ride to their new home changed in a flash. 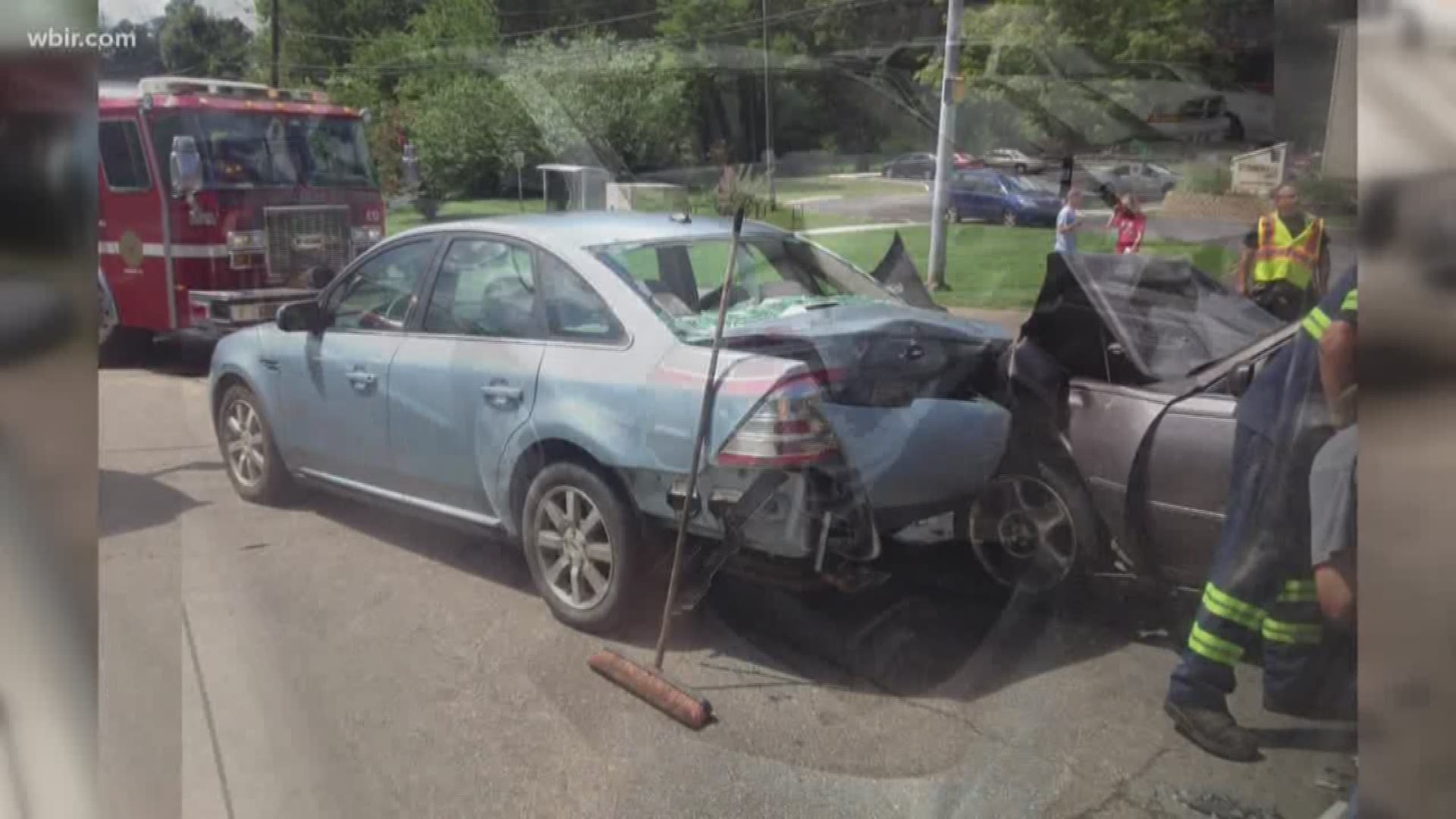 Knoxville — In August, new parents Jonathan and Bryce Tibbetts were taking a short trip across town to move in to their new West Knoxville home, and they had their three-month-old daughter in the backseat.

“We had just finished packing up stuff from the rest of our home,” Bryce Tibbetts said. "We were taking turns holding the baby, trying to get in the car."

But minutes into the drive, the ride to their new home changed in a flash.

“Before I knew it, we were in the middle of the intersection,” Bryce said.

The Tibbetts had been rear ended by another car, with their baby daughter buckled up in the back seat. She was surrounded by shattered glass from the impact.

“This is my third accident on Chapman Highway as a driver,” Jonathan Tibbetts said.

And the Tibbetts aren't alone. The Knoxville Police Department has responded to more than 241 accidents on this highway so far in 2018. Two of those crashes were fatal.

According to the Tennessee Department of Transportation, the 24-mile highway was originally built in 1934, and its age creates problems for current drivers, according to TDOT.

TDOT released a statement to 10News regarding the potential issues with the highway.

"Chapman Highway is a corridor with many challenges, including sight issues, high traffic volume and outdated road designs," the statement said.

Right now, TDOT has three projects in development to improve the highway in Knox, Blount and Sevier Counties.

All three projects would widen traffic lanes from four lanes to five.

Mark Nagi, a spokesman for TDOT, said the department is working to improve the safety and efficiency of Chapman Highway.

But one potential roadblock to improving the highway? The increasing number of people that use it everyday.