A 165-acre property in North Knoxville sold to Rufus Smith and Company for $3 million dollars. But residents are concerned about the traffic headaches its development will cause on an already-congested road. 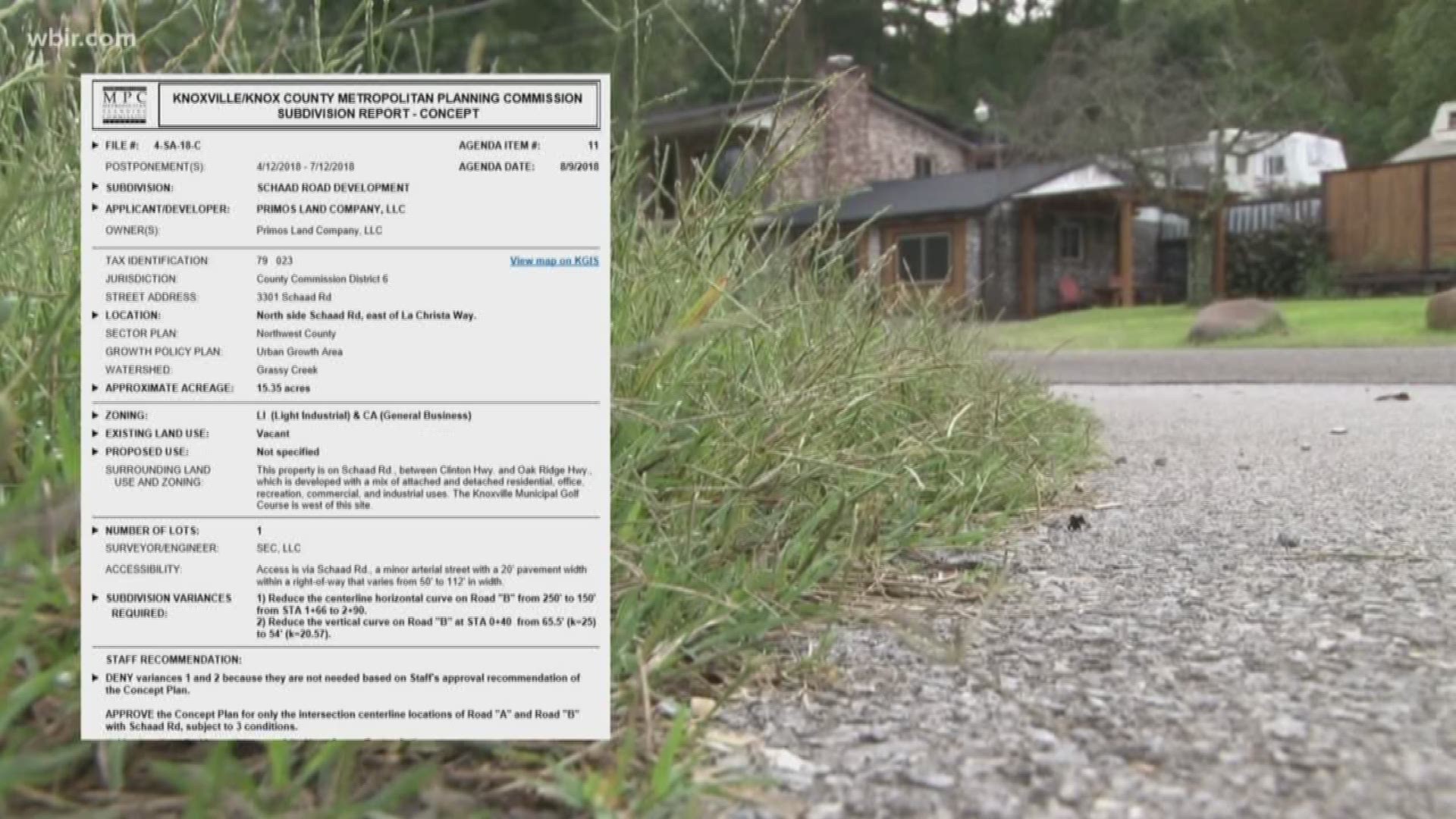 Knoxville — It's another Driving You Crazy Monday here at 10News, and this week we're taking a look at a future development project that has some community members concerned about the impact it will have on a nearby road.

The project is located in North Knoxville on a 165-acre property that was sold to Rufus Smith and Company for $3 million dollars. The owners want to build a 100,000 square foot shopping center and 350 housing units, east of La Christa Way, according to the subdivision report from the Knoxville-Knox County Metropolitan Planning Commission.

The commission approved the concept plan for the future development on Schaad Road.

But community members? Well, some of them are concerned about that road.

Schaad Road is a two-lane Knox County highway lined with homes, churches and a whole lot of land. Neighbors feel the area could become very hectic with a new development project in the works.

Nearly a dozen people reached out to 10News about how they think the project will cause more traffic problems for those driving on Schaad Road then there already are.

"It's a nightmare because there is so much traffic," Pamela Brown, who lives in the neighborhood, said. “"There's big congestion here. It's messy."

Their fear is that the combination of congestion that already exists on the road combined with construction traffic will cause a terrible slow-down.

"There's probably going to be trucks coming through carrying all types of things. And this road can’t handle that traffic," Brown said.

For many, the problem is not the project itself, but how the new development will affect the flow of traffic in the neighborhood.

"I just wish they would do the road first," Margaret Walther, a resident in the area, said. "I know it will be an inconvenience, we all understand that, but the residents are concerned that it’s not even being started."

"We hope to complete the road expansion as soon as our budgets allow and will most likely start construction in late 2019 or early 2020," a statement from Snowden said.

The county is finalizing the design plan to present during a public hearing in October, the statement said. According to the subdivision report, plans to start the development project are on hold until the property is rezoned for a residential area.