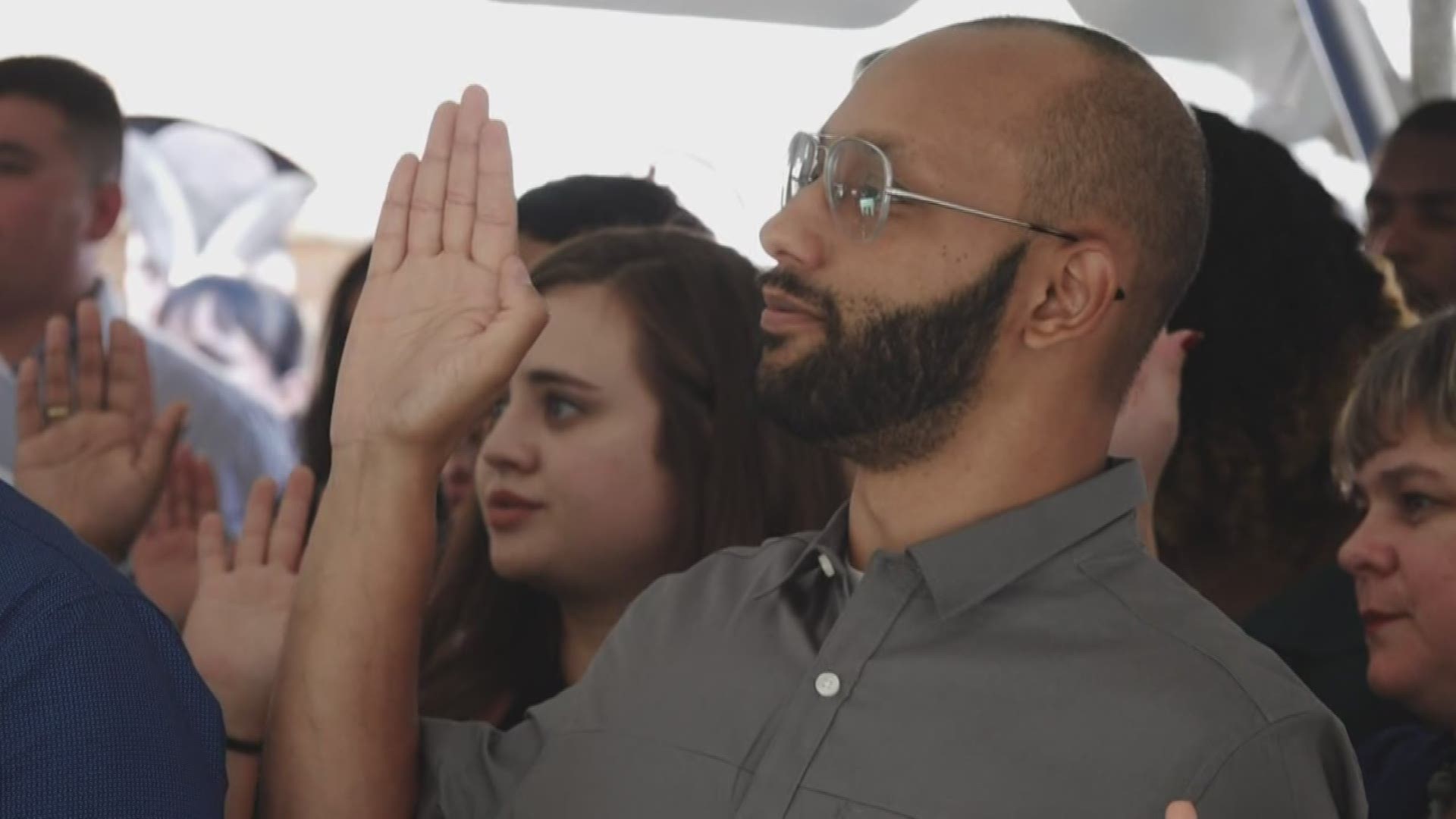 William Blount was a signer of the U.S. Constitution.

Tuesday's new citizens will have spent months going through the process of immigrating legally.

"It's very emotional for me, it's been a long journey, Elamarie and Derek Heldzinger said. "We couldn’t afford lawyers, I did the paperwork myself..in 1989 we arrived..but couldn't become citizens..doors didn't open."

They said they moved to Canada but, in their heart, always wanted to be in the United States.

"Came from a country with high crime and stress and this is the most free country in the world and so many privileges..a very emotional day."

Derek Helzinger is a physician and had to retake his boards when he got here.

Another woman had her husband and kids in the crowd rooting for her.

"I'm very excited the day has come and very happy my immediate family was here to be with me," Ulla Carr said.

She said she was happy her family was able to witness the once in a lifetime experience.

The Central High School choir performed "America the Beautiful" and the "Star-Spangled Banner" for the crowd.

The students have never performed at something like this before and the choir director said he was using it as an opportunity to teach the students of the importance of these ceremonies.

Another ceremony will take place at 2 p.m. Tuesday at 800 Market Street.

RELATED: The United States Citizenship Test: Would you be able to pass it?