Despite a steady rain, people from across East Tennessee gathered at the Knoxville National Cemetery for National Wreaths Across America Day. 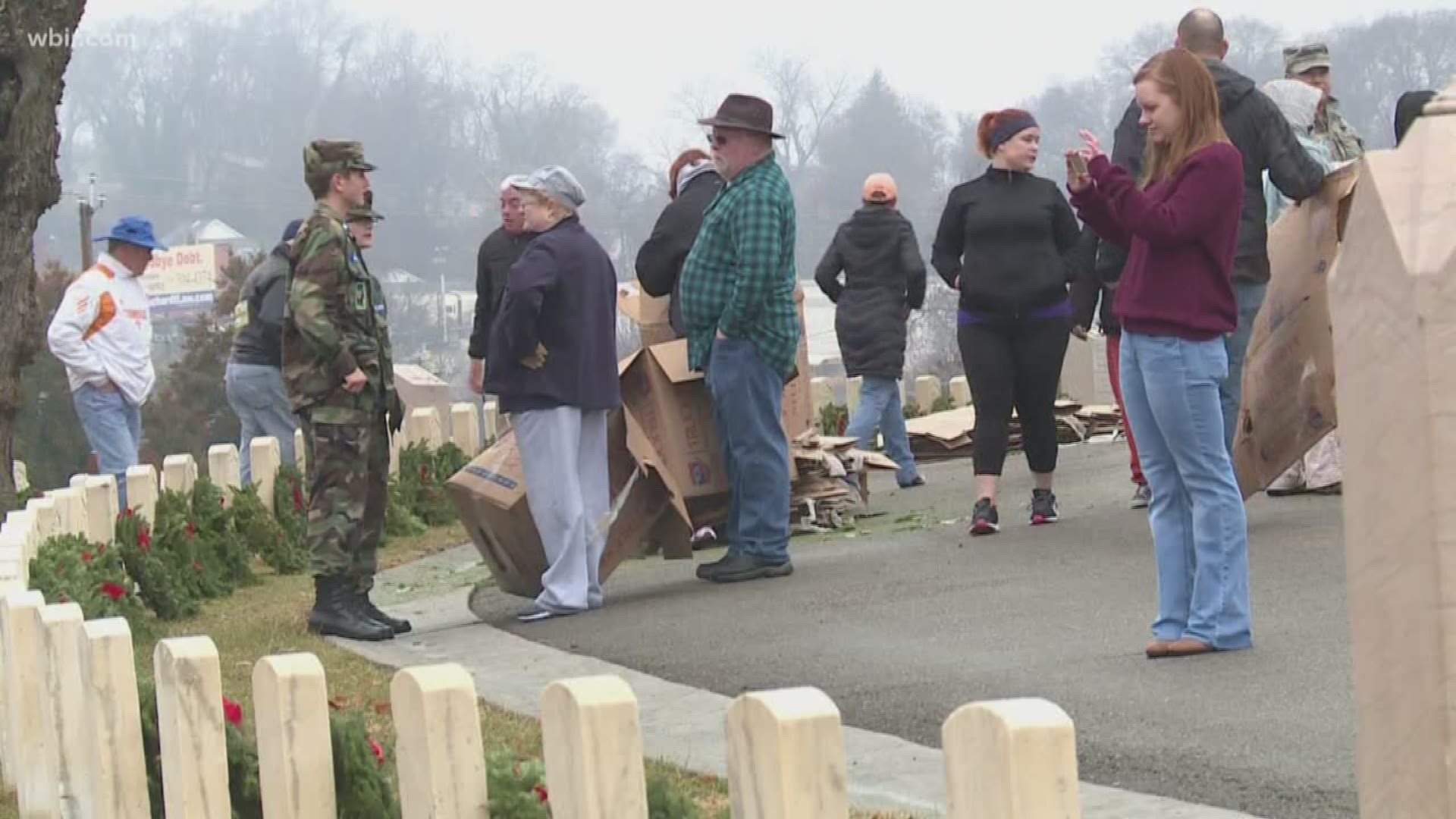 KNOXVILLE, Tenn. — East Tennesseans gathered in the Knoxville National Cemetery to lay wreaths on the graves of soldiers today, Dec. 15.

The ceremony was part of a nationwide Wreaths Across America event that honors and remembers the country's fallen veterans.

Misty Williams, co-coordinator for the Knoxville National Cemetery Wreaths Across America, said this was their largest turn out, despite a steady rain falling during the ceremony.

1 / 9
Elizabeth Sims, WBIR
Across the country, people gathered in national cemeteries to lay wreaths on veterans' graves for National Wreaths Across America Day.

"We can't complain. We are very blessed with all the people that showed up," Williams said.

Morristown resident and Navy veteran Doug Hobbs brought his son, Daniel, to the ceremony, and they got to place a wreath with an orange and white checkered bow on General Robert Neyland's grave site.

Hobbs said it was an honor to do it with his son.

"It's very important that we come out and remember the veterans that have gone on before us," Hobbs said. "Christmas is a good time of year to make sure that we remember, that we appreciate their sacrifice and that we haven't forgot them."

Strawberry Plains resident William Beard is a war re-enactor, and he came to the cemetery in a World War I uniform to commemorate the conflict's centennial.

Credit: Elizabeth Sims, WBIR
Strawberry Plains resident William Beard bows his head for a moment of silence during the ceremony. Beard was dressed in a World War I uniform to mark the conflict's centennial.

"The last time a soldier's name is said that's when he truly passes so today we stand here and we give 'em a wreath to wish 'em a merry Christmas and to pay honor to the men who have fallen," Beard said.

Though the Knoxville National Cemetery Wreaths Across America group saw its biggest turn out, Williams stressed the need for donations and support to make sure each grave gets a wreath.