This comes after the state saw a "modest but expected" increase in the average number of cases daily as people get out in public more. 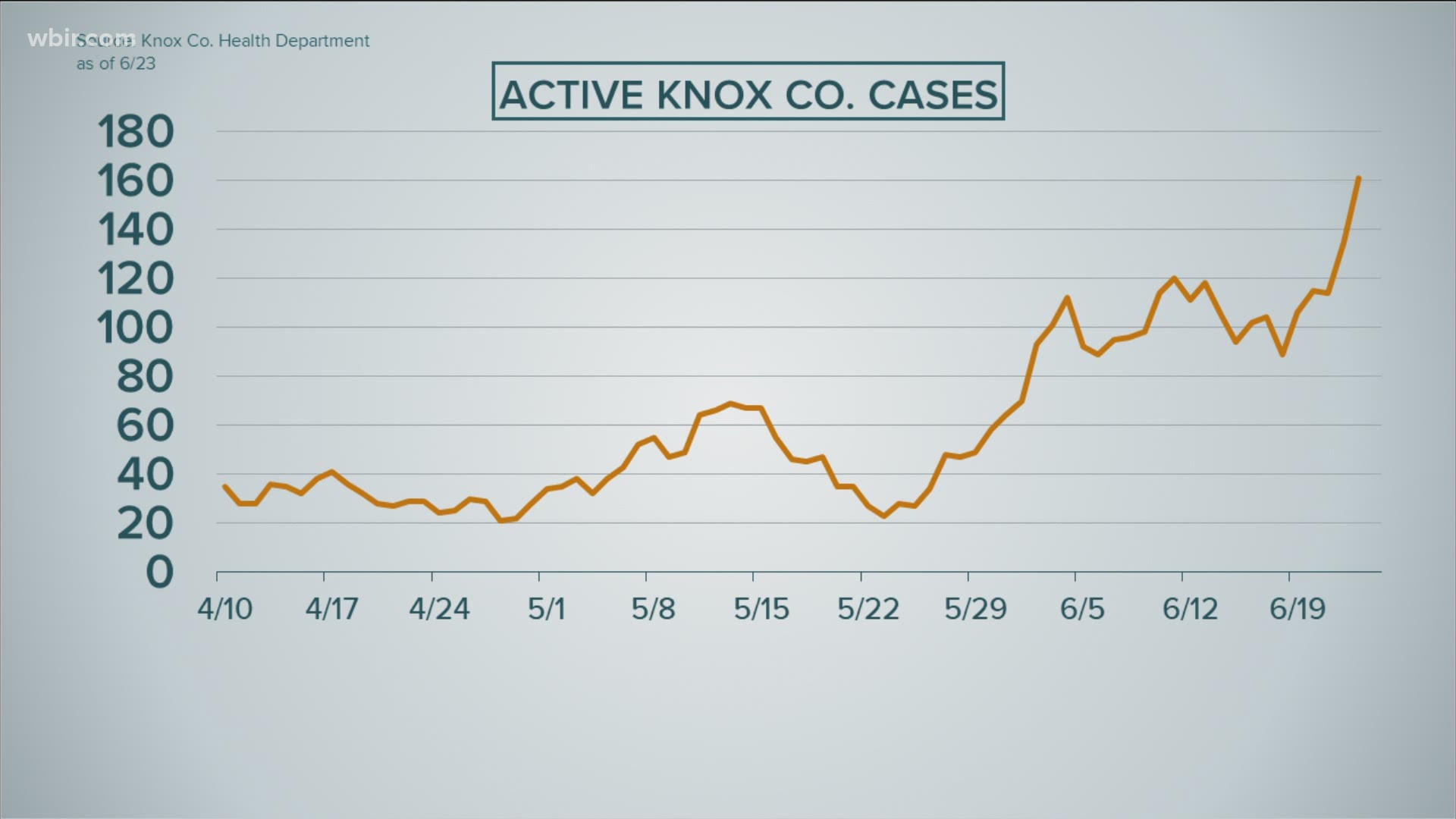 During Tuesday's briefing, Lee and health commissioner Dr. Lisa Piercey said they are working with leaders in three East Tennessee counties to address a recent surge in cases.

Piercey said Hamblen, Sevier, and Hamilton counties, as well as Wilson County near Nashville, are currently considered hot spots for the virus -- so they are working with local leaders to develop and implement plans to reduce the daily number of new cases. Gov. Lee said he has worked with Chattanooga recently to help guide those efforts in Hamilton County, and state health leaders have been working with Sevier County in the past few weeks after the number of new cases began to spike.

Hamblen County reported an increase of 13 new confirmed or probable cases on Tuesday, bringing the total to 134 cases.

This comes after Piercey said the state has seen a "modest but expected" increase in the average number of cases daily as people move around in public more. Tennessee's 14-day average of daily cases increased to 615 compared to 453 in the previous 14-day period.

Lee said the state has learned more about COVID-19 since the start of the pandemic and has adjusted plans to adapt to current observations. While the number of infections continues to increase, Piercey said those infections are more commonly being detected in younger patients at lower risk for serious symptoms -- which she said has helped keep hospital capacity and utilization rates stable. She said COVID-19 patients make up 4.9% of all hospitalized patients statewide currently.

RELATED: Tennessee changed how it's reporting COVID-19 data. Here's what you need to know.

However, the state said the most recent trends in how people are getting infected is complicating the state's efforts to respond.

Earlier in the pandemic, contact tracing revealed most people were getting infected within their own household -- meaning the majority of infections were spread between family and friends, and easier to track to prevent further spread. Piercey said that trend is shifting, though, and at least 50% of all new patients in recent weeks reported they had no clue who might have infected them.

Piercey said the trend appears to be shifting from primarily household spread to community spread as more people go out in public frequently and come in close contact with strangers who are infected.

"That reemphasizes the point that when you are moving about, and we want you to move about and we want you we want you to feel comfortable doing it, but to do so safely," she said. "As I tell you every time: Wash your hands, wear your face covering, and avoid crowds when you can -- keep your distance, and ensure you are doing it safely."

Because of this, Piercey said there is a real need to beef up contact tracing. The state only tracks active cases, meaning they stop following up after a patient has recovered. Piercey said the state is working to partner with more companies to ramp up contract tracing where needed.