He said the pilot refused to fly with the machine on board. 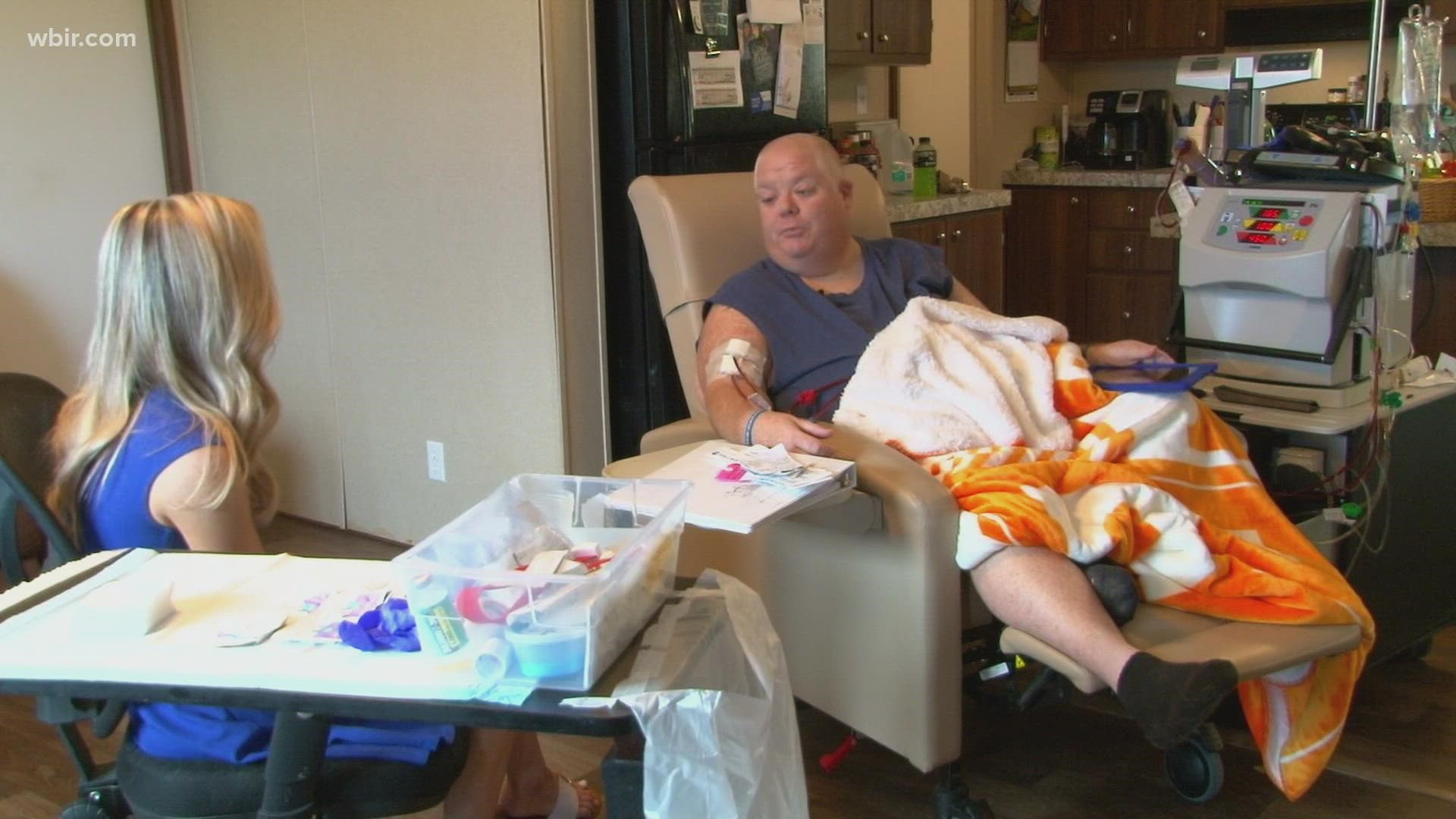 KNOXVILLE, Tenn. — An East Tennessee man says he will never get on another airplane. He was kicked off of a United Airlines flight from Denver to Knoxville for reasons tied to his disability.

WBIR sat down with Adron Mccarter, who explained what happened and how the airline responded.

He said it was his first time flying on an airplane. He said everything was running smoothly until he started heading home. He said a pilot refused to fly the aircraft with his dialysis machine on board.

This was particularly difficult for Mccarter because he depends on the machine to live, and he said and he went through the extra paperwork to ensure he could bring it on his flight. His at-home dialysis machine, he said, was supposed to provide freedom.

“You can travel and it opens up the world so you're not tied up to a clinic that's 'x' amount of miles away from your house," he said.

But there are still constant setbacks that come along with his kidney disease. He said that his dialysis treatments limit his ability to travel as much as he’d like to.

"I'm just more of a simple boy at home," he said. "We were prepared with everything."

When he had the opportunity to meet his newborn granddaughter in Spokane, he said he wasn’t going to leave anything up for chance. He brought all of his machine documentation for backup in case something was to happen.

But on the way back home, he said, the pilot wasn't on the same page.

"They come across and says we're going to be delayed, so I got up and went out and when I did the pilot was up in my wife's face," he said. "He came across the microphone and said I was trying to bring something on the plane that wasn't allowed and then kicked us off in front of everybody like we were just terrorists."

He said the airline apologized for the pilot's actions and provided food and a place to stay for the night. But it's not that simple for someone on a dialysis schedule.

"It made me sad. I had a full-blown panic attack and it made me infuriated at the same time. You can't treat people that way," Mccarter said. "I'm having to do treatment now. We had to do two in a row so we can get caught up and that's hard on your body and hard on your heart. So overall, it was one of the top three worst experiences of my life,"

He eventually made it home and is still making up for the lost treatment, he said. The main reason he wants to share his story, he said, is to spread disability awareness.

“It’s about awareness so this doesn't happen to anybody else,” he said.

We reached out to United Airlines and they said it was a SkyWest pilot flying the United Express plane. SkyWest acknowledged the incident with the following statement:

“A passenger was rebooked from SkyWest flight 5423 due to a misunderstanding about the approved medical device with which they were traveling. Together with United, we provided food, lodging and made arrangements to get the customer to his destination as quickly as possible. We apologize for the inconvenience and are following up with our crew to prevent a similar situation in the future.”