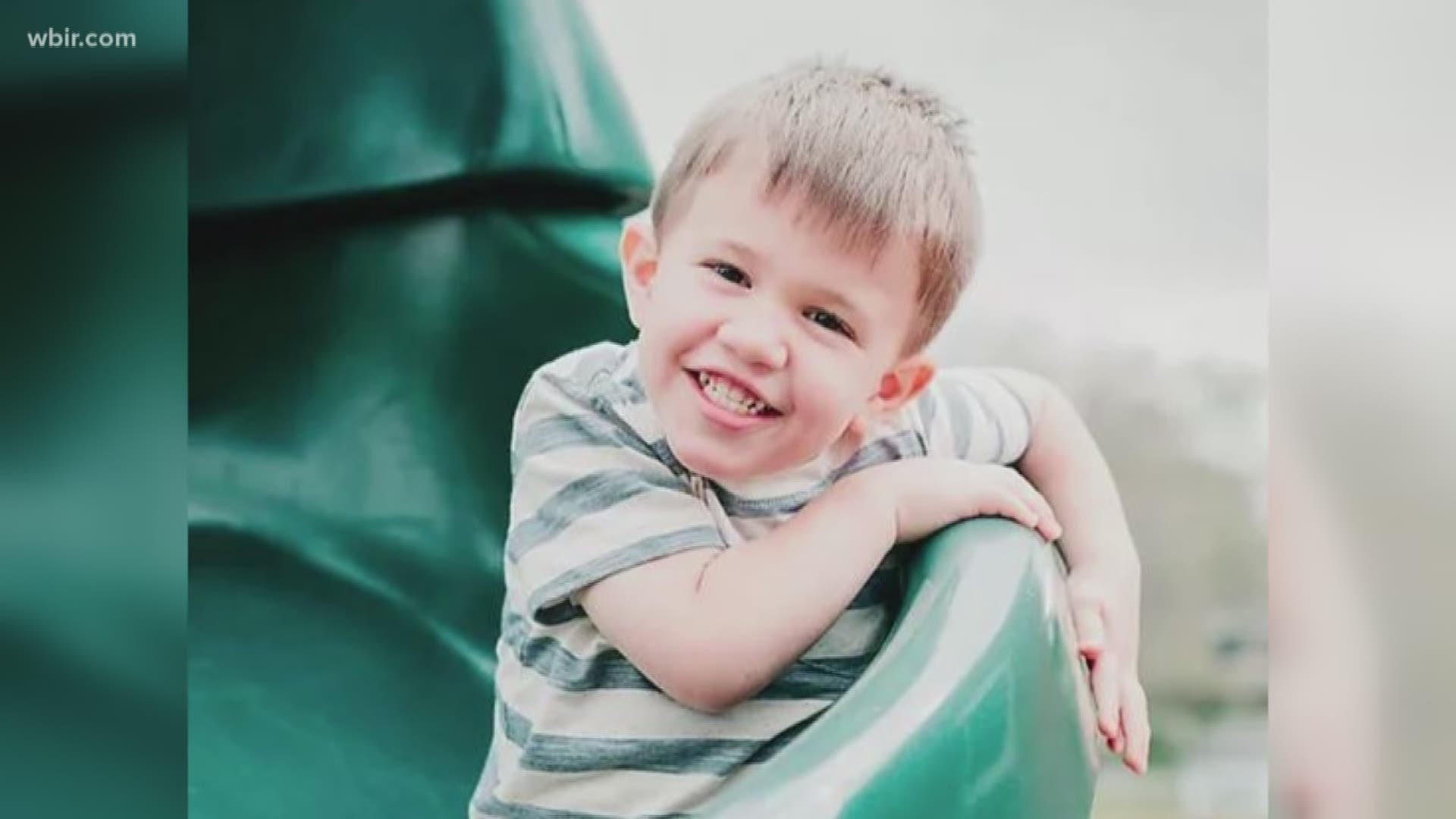 It can happen in seconds.

That's the desperate message of one East Tennessee mother who lost her three-year-old son, Levi, to drowning last month.

"He was just so funny, so full of energy," Nicole Hughes, Levi's mother, said. "Looking back I just can't help but think he was able to live so much more life in his three years because of his constant running...I think we're just grateful that we even had three years with him."

Last month, Levi, Nicole, her husband and two daughters were vacationing at a beach house in Alabama. One night they were planning to go crab hunting.

"We were cleaning up after dinner, and he got away," Hughes said. "He was in his clothes, we had already taken a bath, it was not a swimming time."

Hughes said she turned her head for a second, to close a bag of cheetos, and grab something for her daughter. She walked out on the deck that overlooked the pool.

"And I leaned over the balcony, and then, I mean, I saw him in the water," Hughes said. "It was just an instinct to always check the water because I knew about water safety."

Hughes said Levi probably walked past the gates around the pool and fell in the deep end.

"He never left my side, so I don't even know why he left," Hughes said.

According to the Centers for Disease Control, drowning is the number one death in children ages 1-4. And according to the Consumer Product Safety Commission, most drowning deaths in young children are when they are not swimming--like Levi.

Learning this, Hughes started Water Guardians: Levi's Legacy, a non-profit to help prevent other families from going through similar heartbreak. The organization sells lanyards with the idea that they will keep parents and guardians extra vigilant around water.

"It's just this awareness and it sets that tone," Hughes said.

She said the American Lifeguard Association endorsed her organization, and hundreds have been sold in just a week.

"Somehow his story can spare someone else this heartache, then it just feels like a better use of my time than sitting at home, missing him," Hughes said.

And in this tough time, she's finding support and purpose.

"I helped carry this out for him. I'm living his life through this. But then of course it's the best but also the worst because there's the whole reason he's still not here," Hughes said. "It is a choice I'm making every second, every minute of every day to live purposefully in the midst of tragedy."

You can find the Facebook page to Water Guardians: Levi's Legacy here.